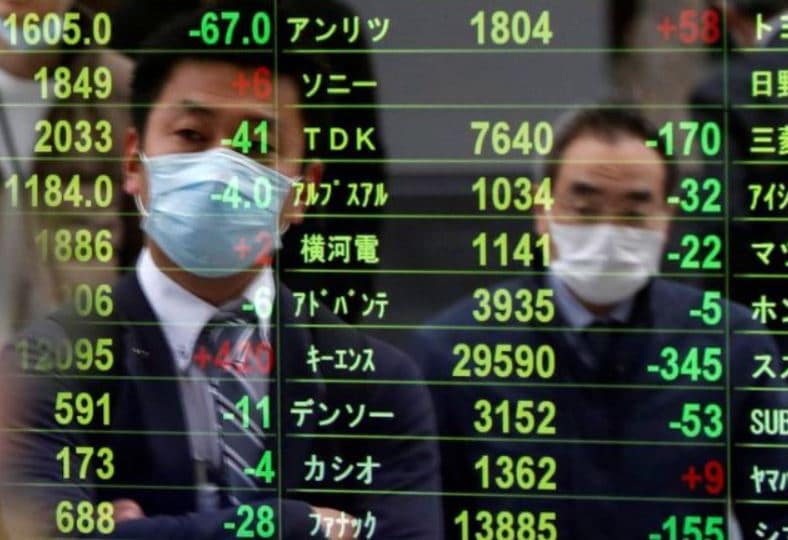 A new coronavirus outbreak in Beijing at the beginning of the week heightened the concerns of investors on the stock market about a new wave of infection.

In addition to the economic discussions on how to overcome the crisis, medical aspects are thus once again increasingly attracting investors’ attention. At the latest since new contagions became known on a large food market in Beijing, the alarm bells have been ringing on the world’s stock markets.

In America, too, the virus crisis is becoming increasingly dramatic. Almost every day, multiple US states report alarmingly high numbers of new infections. And the situation in Great Britain is also still far from normal, not to mention countries like Russia or Brazil. However, the case numbers in continental Europe are still on the decline and, in return, offer hope.

On Monday, trading sentiment on Wall Street improved as trading progressed and the exchanges closed with gains.

The US leading index Dow Jones started the week 1.30 per cent lower at 25,270.39 points and initially remained in the red for a long time. In late trading, however, sentiment turned around, and the US leading index made it into the profit zone, closing 0.64 per cent higher at 25,769.85 index units. The NASDAQ Composite had already leapt into positive territory earlier, having lost 1.69 per cent to 9,426.90 points at the start of trading. Tech stocks continued to expand their gains over the day, closing 1.43 per cent higher at 9,726.02 points.

After a temporary rebound on Friday, investors were cautious again on Monday due to renewed concerns about a second wave of coronavirus. New cases of infection were reported in China, and in the US infections in the southern states increased again. Meanwhile, economic data was better than expected: The New York economic index rose to minus 0.2 in June, just below the expansion threshold.

On top, the stock exchanges received support from the US Federal Reserve: Traders pointed out that the Fed supported the market with statements regarding the planned purchase of corporate bonds, with which the currency guardians intend to sustain liquidity in the financial markets further.

Fears of another COVID-19 wave and mixed signals of Chinese economic recovery have already put Asian stock markets under pressure today. In Tokyo, the Nikkei lost 3.47 per cent to 21,530.95 points on Monday.

Another negative factor was that the recovery in Chinese industrial production in May was not as strong as expected. According to the statistics office, it did increase by 4.4 per cent in May compared to the previous year. However, economists had expected a plus of 5.0 per cent. In April, industrial production had risen by almost four per cent. Retail sales and investments in fixed assets also developed less positively in May than experts had predicted.

Europe’s markets also recorded slight losses at the start of the new week. The EuroSTOXX 50 was in the red in early trading and remained there for the most day. By the end of today’s trading, it had reduced its minus to 0.55 per cent at 3,136.40 index units.

The euro exchange rate rose above 1.13 dollars on Monday. This was triggered by the decision of the American central bank Fed to buy corporate bonds. This drove investors to take even higher risks – and thus provided a further tailwind for the euro, while the dollar, as a safe haven for investment, moved to the back of investors’ favour. Most recently, the common currency costs USD 1.1321.

Oil prices did not find any clear direction on Monday. After new worries in the corona crisis had initially weighed heavily on prices, the mood later brightened again. Most recently, a barrel (159 litres) of North Sea Brent cost $38.84. That was 11 cents more than on Friday. The price of a barrel of West Texas Intermediate (WTI), on the other hand, fell slightly by 25 cents to $35.01.

Gold prices today declined by 0.5 per cent to $1,723 an ounce and was thus able to minimize its intra-day losses. In Asian trading, the price of the precious yellow metal had fallen below $1,709.

Cryptocurrencies initially dropped alongside the equity and commodities markets but were also able to recover sharply towards the late evening. Bitcoin increased its value to $9,500, while Ethereum climbed back above $230 and XRP to $0.1930.

The airport operator counted 272,826 passengers at Frankfurt Airport in May, a decrease of 95.6 per cent compared to the same month last year. Over the first five months of the year, the decline was 57.2 per cent, as Fraport reported. The Group is suffering from travel restrictions as a result of the COVID-19 pandemic. With 7,764 takeoffs and landings in May, the number of aircraft movements had decreased by 83.2 per cent. Cargo volume shrank by 13.6 per cent to 160,502 tonnes due to a lack of capacity from additional cargo in passenger aircraft.

US retail giant and Dow Jones member Walmart intends to expand its marketplace for third-party products by cooperating with the Canadian e-commerce provider Shopify. Walmart CEO Jeff Clementz announced to the financial news agency Bloomberg that 1,200 retailers licensed by Shopify would be added to the retailer’s online offering before the end of the year. The agreement will be officially announced later today.