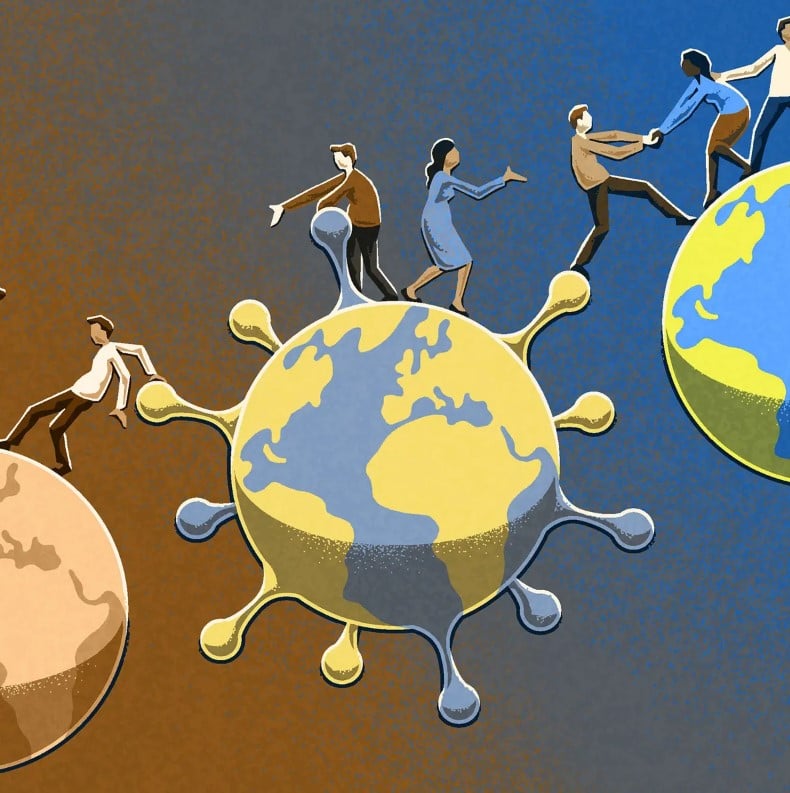 The Dream of Normality

The race for a Covid-19 vaccine accelerates and, just in time for the start of a new week on the stock exchange, is once again inspiring traders around the globe.

After vaccine researcher Moderna reported on a 94 per cent efficiency of his Covid-19 vaccine in the early European afternoon, the mood on the stock market remained positive.

Exactly one week ago, the Mainz-based biotech company BioNTech, together with its US partner Pfizer, launched the hot phase of the vaccine rally. With Johnson & Johnson as well as Moderna, other companies are now heating up the race – which, of course, awakens hopes for normalization of life on the future-oriented stock exchange and ensures correspondingly happy price reactions.

Wall Street presented itself quite friendly after the vaccination news became public. The Dow Jones rose intraday to a new all-time high of 29,964.29 points and closed 1.60 per cent higher at 29,952.61 units. The NASDAQ Composite technology index ended Monday trading 0.80 per cent stronger at 11,924.13 points.

Asia’s stock markets ended the first trading day of the new week with clear gains. The Japanese leading index Nikkei climbed on the Tokyo stock exchange by 2.05 per cent to 25,906.93 points by the end of trading. On the Chinese mainland, the Shanghai Composite index was 1.11 per cent stronger at 3,346.97 points while Hong Kong’s leading index Hang Seng 50 closed at 26,381.67 units, up 0.86 per cent.

One huge market driver was that China and 14 other countries from the Asia-Pacific region had concluded a free trade agreement, creating the largest free-trade zone in the world. “The pact should underpin the solid economic recovery of the member states after the pandemic and effectively strengthen investor confidence,” commented the experts from China Fortune Securities. Robust economic data from Japan and China also supported the overall market mood.

The news about another potential vaccine candidate was also heard positively on European stock exchanges. The EuroSTOXX 50 continued to climb until the end of trading, ending the day with a gain of 0.99 per cent to 3,466.21 index units.

Germany’s leading index, the Dax 30, rose by 0.47 per cent to 13,138 points at the start of the new week, but the index was unable to maintain higher levels well above 13,200 points. The TecDAX rose at the opening of the stock exchange as well, but gave up its gains in the day, ultimately closing 0.34 per cent lower at 3,029.98 points.

Good targets lifted the mood at the beginning of the week. In particular, the conclusion of the important free trade agreement between China and 14 other countries from the Asia-Pacific region was also received positively at an international level. Besides, Moderna presented positive data on the corona vaccine, further boosting hopes for an early vaccine.

The euro suffered somewhat from the dispute over the EU budget. In New York trading, the common currency nevertheless was traded at 1.1844 US dollars on the foreign exchange market – a higher level than on Friday.

Oil prices extended initial gains after positive market impulses. In the evening, a barrel of North Sea Brent was traded on the commodities market for 44.14 US dollars, 1.36 dollars more than on Friday. US WTI light oil rose by 1.34 dollars to 41.46 US dollars.

Gold came under heavy pressure when the new vaccine hopes came out, falling from almost $1,900 to below $1,870. However, the price made a sharp rebound and closed at

The overall cryptocurrency market capitalization grew over 4.2 per cent today, sending Bitcoin and co further upward. The Bitcoin price increased by 4.5 per cent to $1,6660, while Ethereum added 3.3 per cent to $462. XRP and Litecoin rose even stronger with XRP going up 6.4 per cent to $0.2850 and Litecoin adding a whopping 16.2 per cent to now $72 on the daily chart.

In China, current data from the retail trade, industry and investment point to further recovery of the economy from the corona shock at the beginning of the year. In October, industrial production increased by 6.9 per cent year-on-year, according to data released on Monday by the Beijing Statistics Office. This means that the pace of the previous month could be maintained. Experts’ expectations were, in some cases, clearly exceeded.

Investments in property, plant and equipment developed better than expected. From January to the end of October, they rose by 1.8 per cent. By the end of September, the increase had been 0.8 per cent.

Japan’s economy is recovering from the record slump in the wake of the current crisis. The gross domestic product (GDP) of the world’s third-largest economy before Germany rose by 21.4 per cent in the third quarter of this year – projected for the year as a whole – as the government in Tokyo announced on Monday on a provisional basis. It is the first time in three quarters that Japan’s economy is growing again after the country’s economic power slipped into a severe recession. Economists had expected that Japan’s economic engine would now start up again after this slump. However, the increase in GDP – the strongest in four decades – was even more pronounced than many experts had expected.

Compared to the previous three months, Japan’s economy grew by 5.0 per cent in the third quarter. Private consumption, which typically accounts for around 60 per cent of economic output in Japan, grew by 4.7 per cent on an annualized basis and by 7 per cent compared with the previous quarter. However, corporate capital expenditure fell by 3.4 per cent, as preliminary data continue to show.

The US Empire State economic index for the New York metropolitan area, which is highly regarded on the stock exchange, was significantly weaker at 6.3 points than forecast at 13.5 points. In the previous month, the index had stood at 10.5 points.

The shares of electric car manufacturer Tesla will be included in the S&P-500 with the start of trading on December 21. This was announced by the stock exchange operator S&P Dow Jones Indices on Monday after the end of trading. However, it has not yet been decided who will have to give up his place in the index in return. In after-hours trading, the Tesla stock shot up by 13.2 per cent to 461.80 US dollars.

According to the S&P Dow Jones Indices, the company managed by Elon Musk is worth more than 386 billion dollars on the stock exchange and thus belongs directly to one of the most valuable companies in the S&P 500. However, due to the volume, it has not yet been decided whether the inclusion will take place in one or two tranches. The Tesla shares have increased fivefold this year, while the S&P increased by just around 12 per cent.

Merger pressure in the Spanish banking sector continues. BBVA and its smaller rival Sabadell announced on Monday in a mandatory announcement that they were in talks about a merger, but no decision was made. A person familiar with the process said that this would happen in December. The premium that BBVA would pay in the event of a Sabadell takeover is currently being discussed. Both banks declined to comment. In September, Bankia and Caixabank had sealed a merger to form Spain’s largest bank.

At the same time, BBVA wants to sell its US business to the American financial group PNC for a sum in the billions. The purchase price is 11.6 billion US dollars.