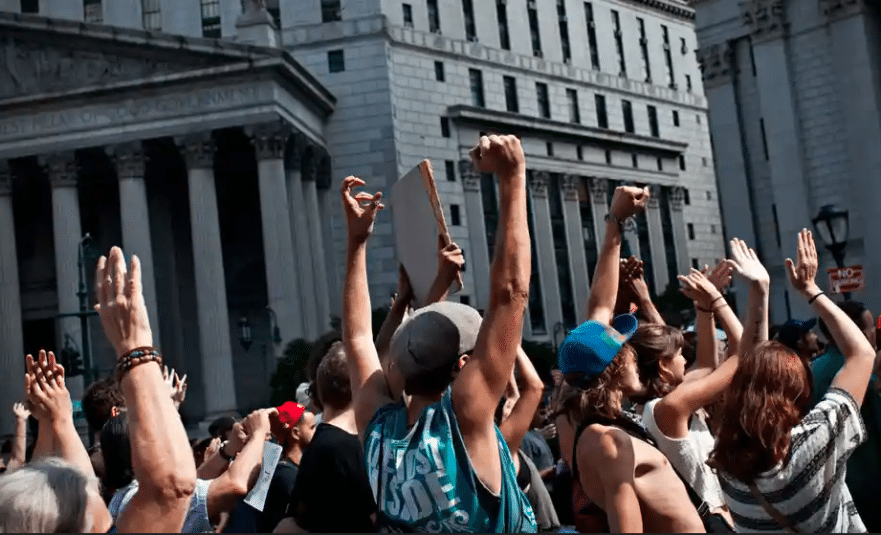 No Party without Wall Street

In the United States, Martin Luther King Day is being observed today, so the US stock markets remained closed. European markets were left with only Friday’s legacy for guidance, which was rather poor. This is because the fourth-quarter reporting season got off to a false start. On Friday, the figures of the two major US banks, JPMorgan Chase and Citigroup, had disappointed expectations.

The topic of rising interest rates is likely to accompany the market throughout the year, and current interest rate expectations are likely to be contained mainly in prices. But the Ukraine issue is still no reason to take risks either. After all, diplomatic efforts are in full swing, which currently satisfies the markets.

Today, the US stock markets remained closed due to Martin Luther King Day. Last week, the Dow Jones started the trading session weaker and subsequently fell further. At the closing bell, it was down 0.56 per cent at 35,911.22 points. Meanwhile, the NASDAQ Composite index of tech stocks moved into the profit zone after falling at the start. In the end, it gained 0.59 per cent to 14,893.75 points.

On Friday, investors continued to focus on the extremely high inflation and the feared consequences for the monetary policy of the US Federal Reserve. In the meantime, more and more central bankers are speaking out in favour of stricter measures by the Fed to fight inflation. Charles Evans, for example, said that the Fed’s bloated balance sheet could be reduced faster than expected. The market currently expects a first rate hike in March.

In addition, the upcoming quarterly reporting season attracted the attention of investors. This started on Friday with the large US banks: JPMorgan, Citigroup, and Wells Fargo presented their figures for the past quarter.

The Asian stock markets took different directions on Monday. In Japan, the Nikkei closed with a gain of 0.74 per cent at 28,333.52 points. Tailwinds here came from a weaker yen, which is beneficial for stocks from the export sector. On the Chinese mainland, the Shanghai Composite rose 0.58 per cent to 3,541.67 points by the close of trading, while Hong Kong’s Hang Seng lost 0.68 per cent to 24,218.03 units.

In the Chinese heartland, the Shanghai Composite rose after the People’s Bank of China cut interest rates on the one-year medium-term credit facility and seven-day reverse repurchase agreements by 10 basis points each to 2.85 per cent and 2.1 per cent, respectively, according to an official statement. The Chinese central bank also pumped more cash into the economy. This month, market observers now expect a further cut in the key interest rate.

Meanwhile, published economic data showed that the Chinese economy grew by 8.1 per cent in 2021, although economic growth slowed further towards the end of the year. In the fourth quarter 2021, the gross domestic product rose 4.0 per cent from a year earlier. Economists had forecast 3.8 per cent. In addition, industrial production data for December was released, showing a 4.3 per cent year-on-year increase, above market expectations of 3.6 per cent. The Chinese economy has recently struggled with lockdowns caused by Corona outbreaks. In addition, the economy is being weighed down by the slump in the important real estate sector.

Investors on the European stock markets took advantage on Monday.

The EuroSTOXX 50 entered the day with a gain and extended it as trading progressed. It ended the day at 4,302.14 points, up 0.7 per cent.

The DAX opened slightly higher and was subsequently in the profit zone. It tried to reach the 16,000 point mark again but just missed it. It ultimately went into the evening 0.32 per cent firmer at 15,933.72 points. The TecDAX also gained, having already risen initially. It ended the day up 0.7 per cent at 3,558.04 points.

Traders are looking with increasing excitement at developments on the bond markets: The US Federal Reserve’s aggressive fight against inflation makes the ECB’s inactive policy seem increasingly incomprehensible. Now economists warned that ruling out a rate hike this year is “difficult to justify and unnecessary”. Given its “misjudgements on the development of inflation”, the ECB’s forecasts for the future are “very daring”.

However, the ECB is being put under pressure by the US path. For rising US interest rates make the euro even less attractive and increase import prices for oil. This would import even more inflation into the Eurozone. In addition, longer-term yields would also be pulled up with the US development without the ECB’s intervention.

The euro regained the 1.14 dollar mark in the early afternoon and was still trading slightly above it in the late evening.

In the afternoon, the oil market picked up momentum again. In the evening, a barrel of North Sea Brent cost 86.40 dollars, which is only just below its highest level since 2014. Most recently, production losses in major producing countries such as Libya and the weaker dollar had driven up oil prices. In addition, demand has been relatively robust despite the omicron wave. “At the end of the day, it comes down to whether OPEC+ is able to deliver the 400,000 barrels a day increase it has promised each month,” he said. The indications are that this will not be so easy and that the group will fall far short of its targets after a period of underinvestment and defaults. This should further support the oil price, market observers estimate.

The troy ounce of gold posted slight gains, trading at around 1,818 dollars.

Most top tier cryptocurrencies continued to move sideways and even retrace lower. Bitcoin lost 1.6 per cent to $42,000, while Ethereum and Binance Coin shed 3.4 per cent each to $3,180 and $471, respectively. On the other side, Cardano (ADA) continued to rise, adding a further 6.6 per cent to $1.58 ahead of the highly anticipated SundaeSwap DEX launch.

China’s economy grew significantly again in 2021 – but economists fear that this year could be less good for the second-largest economy.

According to the Beijing Bureau of Statistics on Monday, growth in the previous year was a robust 8.1 per cent. However, the momentum weakened further in the fourth quarter. Compared to last year, China grew by four per cent between October and December.