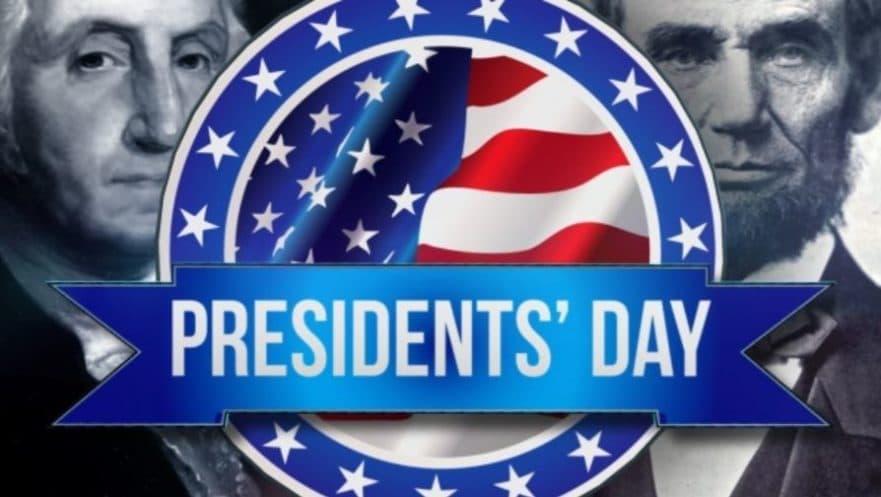 Uninspiring start to the trading week

There was no trading on Wall Street on Monday due to a public holiday. On “Presidents’ Day” – or Washington’s Birthday – Americans celebrated the birthday of George Washington, the first President of the United States. This public holiday limited international Forex trading and only few investors were active.

The underlying mood on the stock market remains robust despite the coronavirus, especially since China’s central bank is turning on the money tap to combat the crisis.

US Markets were closed due to President’s Day.

At the beginning of the week, the Far East stock exchanges again showed no uniform trend.

The stock exchanges in mainland China continued their recent recovery with momentum. The leading indices rose on Monday to their highest level in more than two weeks – despite the spreading coronavirus. The CSI-300 index, for example, closed 2.25 per cent higher with the 300 most essential stocks on the mainland Chinese stock exchange. The Hang Seng in Hong Kong recently advanced by 0.5 per cent.

The Chinese central bank is also continuing to take action against the economic consequences of the coronavirus crisis. To this end, it issued new central bank money to the banks at a lower interest rate on Monday. As the central bank in Beijing announced, loans for 200 billion with a term of one year were extended to the financial institutions. The interest rate was reduced by 0.1 percentage points to 3.15 per cent. Besides, the central bank provided liquidity of over 100 billion yuan for seven days.

The Japanese leading index Nikkei 225 closed 0.69 per cent lower at the beginning of the week at 23,523.24 points. The country’s economy had contracted more than had been feared at the end of the year, primarily due to the increase in value-added tax. Extrapolated for the year, the gross domestic product (GDP) in the three months up to the end of December fell by 6.3 per cent compared to the previous quarter, the government announced in Tokyo on Monday. Experts had expected a decline of only about four per cent.

Europe’s stock markets gained some ground on Monday. The EuroSTOXX 50 started slightly higher and was also slightly up in the further course of trading. At the close of trading, the share price finally rose by 0.32 per cent to 3,853.27 points.

In Germany, the Dax 30 opened trading somewhat stronger and also rose slightly afterwards. It ended the trading day with a plus of 0.29 per cent at 13,744.21 units. In the meantime, the leading German index even reached a new record high of 13,795 points. In contrast, the TecDAX fell slightly, after tending around the zero line at the start. It ended trading 0.12 per cent lighter at 3,261.48 points.

Positive conditions on the Chinese stock exchanges had a supportive effect.

After the significant losses of the previous week, the euro exchange rate was able to stabilize on Monday.

In the afternoon, the common currency euro was traded at 1.0838 US dollars. The exchange rate swings remained within narrow limits during the course of the day, after the euro had temporarily dropped to a three-year low of 1.0832 US dollars.

No significant economic data was released from the euro-zone. The focus was on the weak economic data from Japan and the coronavirus.

Oil prices showed little movement on Monday, continuing the stabilization of previous trading days. There were no significant impulses at the beginning of the week. Most recently, a barrel of North Sea Brent cost $57.17. That was 14 cents less than on Friday. In contrast, the price of American crude oil of the WTI variety rose by three cents to 52.02 dollars. Oil prices were thus able to maintain the previous week’s profits.

The gold price continued to rise despite relatively “positive” news about the coronavirus. The precious yellow metal ended the trading day at $1,584.24, 0.21 per cent higher than on Friday.

Most major cryptocurrencies took a big hit over the weekend and on Monday. After substantial gains over the last week, especially popular digital assets such as Ethereum, XRP, Bitcoin Cash, Bitcoin SV and EOS lost between 8 and 15 per cent in just two days. Bitcoin declined as well and was last seen trading at approximately $9,600.

Wirecard AG has rejected “false reports” according to which the ongoing legal proceedings of the payment service provider against the Financial Times (FT) have been suspended or discontinued.

This is an ongoing proceeding, the DAX Group announced. At the weekend, the “Welt am Sonntag” newspaper had reported that Wirecard had backed out of the legal dispute with the Financial Times. A spokeswoman for the court had told the newspaper that a date for a hearing on January 27 before the Munich I Regional Court had been cancelled at the request of the plaintiff.

Wirecard had filed the lawsuit in March, following a series of articles in the Financial Times, which had led to massive losses of the share. During the same period, short-sellers had bet on falling prices. On Monday, Wirecard’s stocks extended the losses on Friday. They ultimately lost 2.02 per cent to 136.10 euros via XETRA.

Hopes are growing at the Bonn-based group that the green light will be given for the planned merger of its subsidiary T-Mobile US with its rival Sprint. The Attorney General of New York declared on Sunday that her state would not appeal against the recently granted approval of the merger. Following the approval, several states had announced appeals against the decision. It was not clear at first whether this would be the case or whether the opponents of the project would now switch to New York’s line.