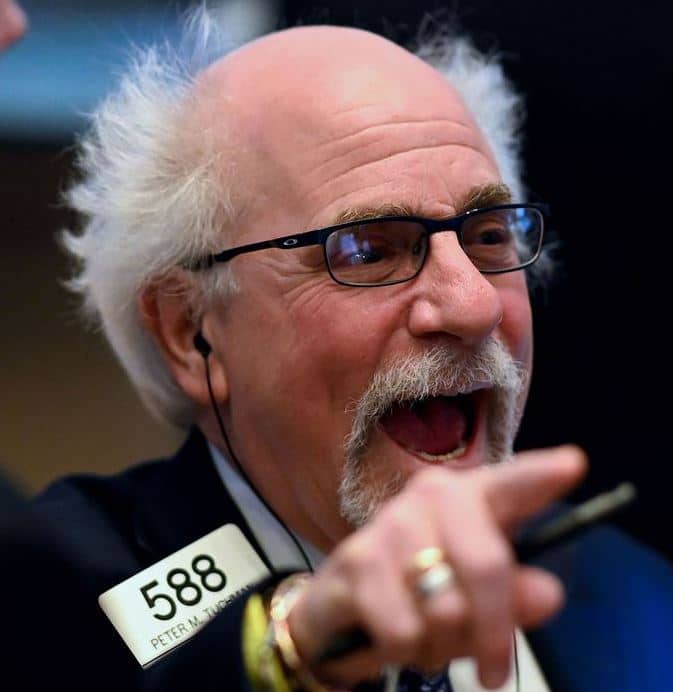 The next wave of optimism

Investors today were once again banking on an early restart of the economy and pushed the stock market barometers way up. Tailwind also came from the US Federal Reserve, but also from a report that gave some investors hope in the corona crisis. The US biotech company Moderna has allegedly been able to announce positive interim results on a coronavirus vaccine.

It remains to be seen whether this was once again just a small bull rally in a more prolonged bear market or a more sustained trend. Today, however, all stock markets were joyful, and one should not spoil these happy days…

There were also positive signals from the economic side at the beginning of the new week, as the economic data in Japan was less bad than expected, even though the country slid into recession in the first quarter of the year. A further recovery in oil prices, as well as easing of corona restrictions and a gradual economic recovery in many countries, also created positive sentiment among investors.

The US stock markets showed a clear upward trend on Monday. The Dow Jones extended its early gain as the day progressed, ending the day 3.85 per cent stronger at 24,597.37 points. The NASDAQ Composite also opened higher and subsequently gained further. It closed 2.44 per cent higher at 9,234.83 points.

The market responded positively to the gradual economic recovery in many countries, as well as the relaxation of restrictions to halt the spread of the virus pandemic. Besides, an interview with Fed Chairman Jerome Powell gave investors additional hope. Powell said that while he did not expect a rapid recovery of the US economy, he also showed a willingness to take further measures to support the economy.

On the corporate side, investors focused on J.C. Penney. The long-established US department store chain reported insolvency over the weekend.

The friendly mood was boosted in advance by the statements of Fed Chairman Powell. In Japan, economic data showing a slide into recession in the first quarter of the year did not scare off investors from buying, and the data was slightly less negative than expected.

The mood on the stock exchanges in Europe was also very positive at the beginning of the week. The EuroSTOXX 50 already climbed significantly into the profit zone in early trading and stayed there all day. It ended trading with a substantial gain of 5.10 per cent to 2,911.88 index units.

At the end of a custom-made start to the week, the leading German index closed 5.7 per cent higher at 11,058 points, with the late business on firm Wall Street, in particular, showing another significant upturn. The index thus continued its recovery from Friday. The TecDAX also showed positive signs, broke through the 3,000-point mark and closed 3.98 per cent higher at 3,035.40 points.

Meanwhile, the balance sheet season was in its final stages: Ado Properties and Grand City Properties opened their books before market opening.

The euro continued to strengthen on Monday after gains in European trading in the US. Shortly before the close of trading on Wall Street, the common currency of the 19 eurozone countries costs 1.0915 US dollars.

Oil prices continued their recent recovery on Monday. In addition to the good mood on the stock markets, oil prices are being supported by voluntary and involuntary supply reductions. The first category includes production cuts by the oil cartel Opec and its allies, which together operate under the name Opec+. These production reductions have been in effect since the beginning of May. A barrel of Brent last costs $35.49. That was 2.75 US dollars more than on Friday, and it is the first time since mid-April that the price of Brent has exceeded the $35 mark again. The price of a barrel of the US variety WTI rose by a similar amount to $32.76. This was the first time since mid-March that the price was above the $30 mark.

The “anti-crisis currency” gold was unable to maintain its initial seven and a half year high of 1764.55 dollars per troy ounce. By evening, the precious metal had fallen 1.4 per cent to $1,732.

Cryptocurrencies remained again stable and almost unchanged. A Bitcoin is currently valued at $9,600, Ethereum at $211 and XRP $0.2030 per digital token.

Europe’s largest low-cost carrier Ryanair will be making at an even higher loss in the first quarter of 2020/21 than previously feared. Between April and June, the airline is likely to incur a net loss of over 200 million euros. The Irish had previously expected a loss of 100 million euros. In the 2019/20 financial year, which ended at the end of March, Ryanair still earned around one billion euros.

The Austrian Ryanair subsidiary Lauda Air could be hit hardest and is even threatened with closure. Lauda Air is facing an “existential crisis”, and the base in Vienna is likely to close at the end of May, Group CEO Michael O’Leary warned on Monday.

The long-established US department store chain J.C. Penney filed for insolvency in the Corona crisis. This should enable the implementation of a plan to reduce debt and provide financial flexibility during the crisis, the company told investors in a press release on Friday evening (local time). During the insolvency process, J.C. Penney will remain one of the largest retail chains in the USA with hundreds of stores that will gradually be reopened. The “New York Times” reported that J.C. Penney is the largest retailer to date to have filed for creditor protection in the US pandemic.

The 118-year-old company had filed for bankruptcy on Friday and plans to reposition itself by closing down stores and looking for a buyer. After the insolvency petitions of the Neiman Marcus and J. Crew store chains, J.C. Penney is the largest corona victim in US retailing to date. At the close of trading on the NYSE, J.C. Penney shares were trading 23.02 per cent cheaper at $0.1819.

A possible IPO of the coffee company JDE Peet’s on the Amsterdam stock exchange will bring in up to two billion euros, according to a report in the “Financial Times”. This would make it the largest IPO in Europe this year. According to insiders, the issue is to be officially announced this week. Nestlé’s biggest competitor in the coffee business is majority-owned by the holding company JAB of the German billionaire family Reimann, which would not sell any shares even when the “FT” was issued, according to insiders. In preparation for the IPO, JAB had merged the world’s second-largest coffee roaster Jacobs Douwe Egberts (JDE) with the US coffee chain Peet’s.