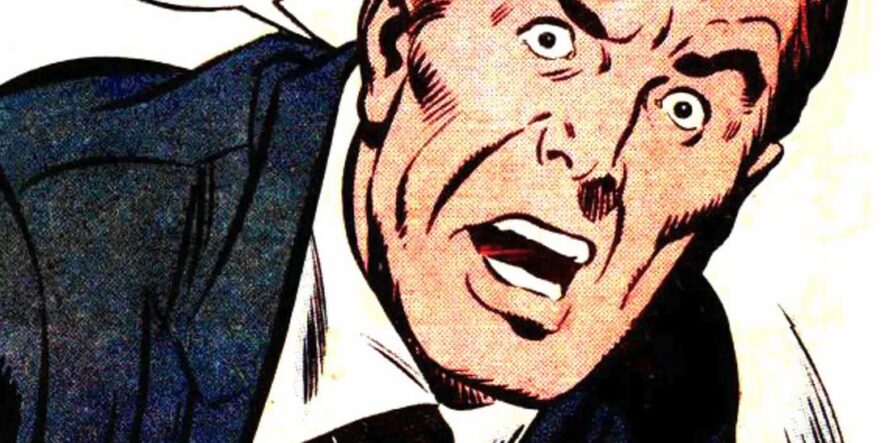 The alleged spread of the corona delta variant, which caused a sharp rise in new positive tested persons in the Far East and the USA, fuelled concerns among investors about renewed restrictions, for example, on travel and tourism. This threatens to stall the economic recovery. The resurgence of the Corona panic could now trigger the correction predicted by several market observers.

In Europe, too, the panic drum is being beaten vigorously, and the fourth wave of infection is already being cried about – even though very high vaccination rates have already been achieved and thus no worries would be necessary.

The US stock markets recorded heavy losses at the start of the week.

The Dow Jones significantly extended its losses intraday and closed deep in the red at 33,963.29 points, down 2.09 per cent. The NASDAQ Composite also dropped, with the tech index ending the day down 1.06 per cent at 14,274.98 index points.

The mood of investors in the USA also soured considerably due to renewed scaremongering about the coronavirus. More and more news reports of people testing positive in East Asia and also in the USA unsettled investors. Especially in countries with a high vaccination rate like Great Britain, infections are rising rapidly, and hospitalisations are occurring, especially of people who have already been “vaccinated”. The issue of inflation is also not yet off the table, despite Jerome Powell’s statements. So the fear of changes in the Fed’s loose monetary policy further depressed sentiment.

Most of Asia’s leading stock markets also declined on Monday.

Asian markets were weighed down on Monday by concerns that the corona infection figures could pick up again and jeopardise the economic recovery. Added to this was some unease over US inflation data. The University of Michigan’s consumer confidence index, released on Friday, had fallen, but inflation expectations had risen. The oil alliance OPEC+, on the other hand, agreed on a production volume over the weekend.

Europe’s stock markets also came under heavy pressure on Monday. The EuroSTOXX 50 was already trading in the red shortly after the opening of trading and ultimately closed with a sharp drop of 2.66 per cent to 3,928.53 points.

The DAX in Frankfurt also started the new week on a weaker note and fell more and more as trading continued. In the meantime, the German benchmark index fell to 15,048.56 points. It finally ended the trading day 2.62 per cent lower at 15,133.20 points. The TecDAX also recorded losses shortly after the start of trading. In the day, it also did not manage to leave the loss zone and ended the trading day 1.24 per cent weaker at 3,567.42 points.

Of the 30 members of the German benchmark index, all closed in the red. The Deutsche Wohnen share held up best. MTU Aero brought up the rear in the DAX with a minus of 6 per cent. Suffering from the devastating floods, the shares of the reinsurer Münchener Rück (Munich Re) slumped by a good 5 per cent.

In Europe as well, inflation concerns and the endless fear-mongering surrounding the coronavirus weighed on the overall sentiment and pushed investors to safe-haven alternatives.

Traders fled into safe havens such as the US dollar today, which led to increasing pressure for other major currencies on the foreign exchange market. The dollar index, which reflects the exchange rate against major currencies, rose 0.4 per cent to a three-and-a-half-month high of 93.039 points. The euro struggled with the $1.18 mark throughout the day and ultimately closed just below it.

Oil prices also fell because of the fear of the economic consequences of further potential lockdown measures. Brent crude from the North Sea fell by around 6 per cent to 69.10 US dollars per barrel. The losses for the US oil grade WTI were similarly significant. OPEC+, which includes the members of the oil export cartel and other producing countries such as Russia, agreed at the weekend to increase production by two million barrels per day between August and December.

Gold and other precious metals were also winners in the flight to safe-haven assets today. The price for the precious yellow metal rose to $1,813 a troy ounce.

Given the sharp drop in equities and other riskier assets, cryptocurrencies followed suit and took another dip today. Bitcoin fell 2.2 per cent to $30,850, while Ethereum dropped 3.3 per cent to $1,824. An even heavier hit took Binance Coin with an intraday loss of 6.4 per cent to $284. Most other altcoins, such as XRP or Cardano, for example, lost between 2 and 4 per cent.

Industry orders in Germany continued to rise in May and reached a new record level. Compared to the month of April, it increased by 2.2 per cent, as reported by the Federal Statistical Office. The order backlog has been rising without interruption since June 2020 and is at the highest level recorded since the start of the data series in 2015. Germany’s open orders increased by 2.3 per cent in May and those from abroad by 2.1 per cent.