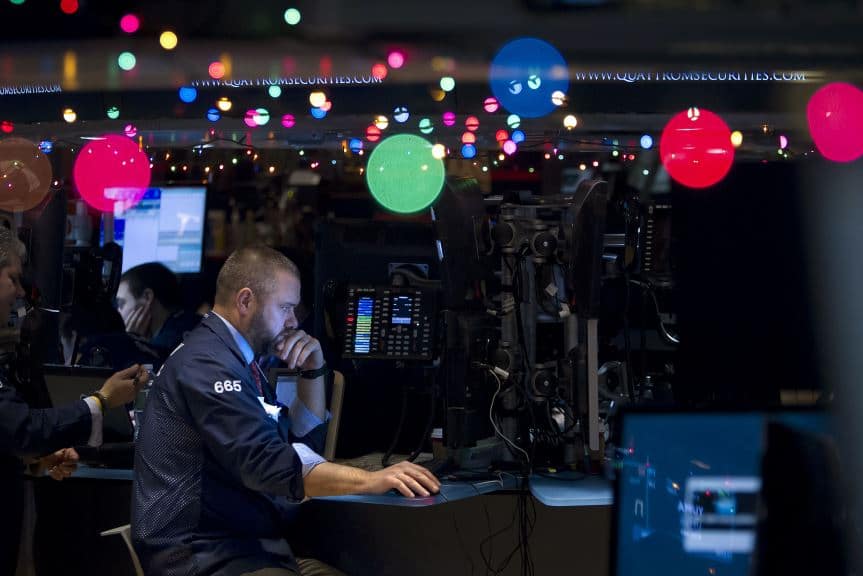 The trading week started very slow with the US stock exchanges closed for a public holiday. Overall, the economic calendar was pretty empty, and there wasn’t much movement in Forex trading.

On Monday the US stock exchanges remained closed due to Martin Luther King Day. The Dow Jones ended Friday trading with a new record-high at 29,348 points, up 0.17 per cent. The NASDAQ Composite gained 0.34 per cent to 9,388 points before the weekend.

The Asian ones started the new week mostly friendly.

The record hunt in the USA and also in Europe also boosted the Asian stock exchanges. The ceasefire in the customs dispute between the USA and China has created new economic optimism.

In Hong Kong, however, there was profit-taking. Besides, new protests against Chinese human rights violations weighed heavily there.

Investors in Europe’s stock markets were cautious on Monday. The EuroSTOXX 50 started slightly lower and was also slightly negative for the rest of the trading session. In the end, it closed 0.24 per cent lower at 3,799.03 points.

The Dax 30 had opened trading a little easier, but around noon it managed to turn just into the profit zone. It stayed there until the close of trading, where it closed 0.17 per cent firmer at 13,548.94 points. In contrast, the TecDAX gained more significantly in the course of trading, after having risen slightly at the start. It fell 0.58 per cent higher at 3,170.83 points from trading.

The DAX record high two years ago remained within reach on Monday. Also, the MDAX already reached a new high. However, for many stock market participants, it is only a matter of time before the DAX also climbs to a new record high. Encouraging economic data from the major economies, the hope for a good balance sheet season and the conclusion of a partial trade agreement between the USA and China are creating a good mood. Overall, however, market activity at the beginning of the week was quiet – also because the US stock exchanges remained closed in the USA due to a public holiday.

The exchange rate of the euro has risen somewhat recently on Monday. The single European currency cost $1.1097. The European Central Bank (ECB) had set the reference rate at 1.1085 (Friday: 1.1108) dollars. The dollar had thus cost 0.9021 (0.9003) euros. Data regarding the price development in Germany could not provide any impulses for trading. In December, producer prices had fallen by 0.2% year-on-year, somewhat weaker than expected.

The IMF’s slightly revised growth targets, which have been lowered somewhat, have hardly any effect on the currency markets. Growth of 3.3 per cent is now forecast for the global economy in 2020, compared with 3.4 per cent previously. In 2021 it is then expected to reach 3.4 per cent, 0.2 points less than before. Germany is expected to grow by 1.1 per cent in 2020, 0.1 points less than before.

For China, however, the Washington Organization is somewhat more confident, with 6.0 per cent for 2020, 0.2 points more than before, and a decline to 5.8 per cent is expected in 2021.

Overall, however, the experts believe that the global economy will recover this year and next. The IMF sees a gradual stabilization in the industrial and trade sectors.

Prices on the oil market turned positive at midday. The North Sea Brent variety is currently gaining around 0.8 per cent and the US light oil variety WTI 0.6 per cent. The rally was triggered by the suspension of work on two Libyan oil fields due to ongoing fighting.

The price of gold is registering slight gains of 0.2 per cent to just under 1,561 dollars per troy ounce.

After strong gains last weekend, the cryptocurrency market saw profit-taking on Monday. The market cap fell by about US $10 billion to around $238 billion. The price of bitcoin dropped by about 4 per cent to $8,600, while Ethereum lost over 5 per cent to $162 and XRP also lost over five per cent to $0.2330.

Qatar, known for its rich natural gas and oil deposits, is relying on solar energy. The Arab country has not signed an agreement with the French Total Group and the Japanese company Marubeni on the construction of a solar power project with a capacity of around 800 megawatts (MW). The cost of the project amounts to about 1.7 billion riyals (almost 410 million euros), said Energy Minister Saad al-Kaabi, who is also the head of Qatar Petroleum (QP). Full capacity should be reached in 2022.

Qatar, the world’s largest supplier of liquefied natural gas (LNG), is planning further solar projects, according to the minister. These are aimed at reducing carbon emissions and minimizing their negative impact on the environment.