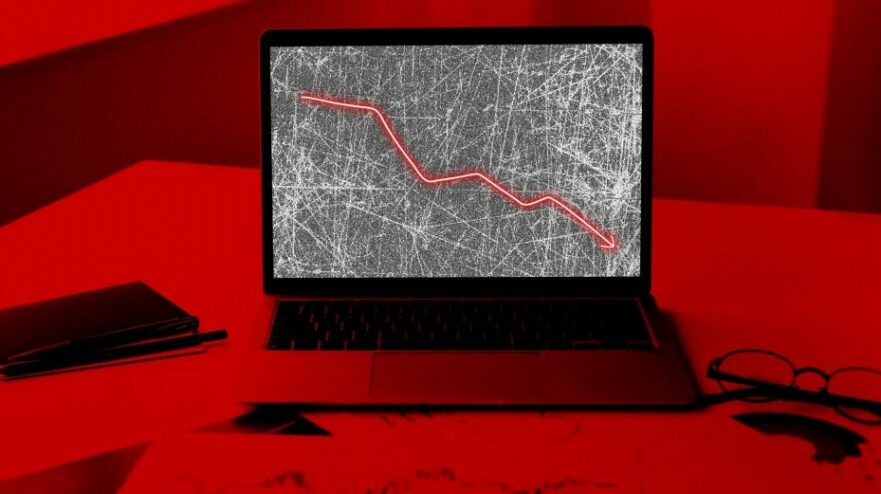 The impending bankruptcy of the Chinese real estate giant Evergrande has sent stock markets around the world into a tailspin. Wall Street experienced the biggest price drop in months. The DAX 40 also suffered heavily on its debut today.

Investors fear a real estate crisis in China, which would weigh heavily on the economy there. Some are even talking about a “Lehman 2.0”. The impending collapse of Evergrande, China’s second-largest real estate developer, could be “China’s Lehman moment”, it is rumoured.

Similar to Lehman, the government in Beijing could let Evergrande fall. Investors expect that the group will no longer be able to service the interest payments on its billion-dollar debt as early as this week. The debt level of China’s largest residential construction group is the equivalent of more than 260 billion euros. The growing fear of a default caused Evergrande’s shares in Hong Kong to plummet by almost 19 per cent at times. Unlike Lehman, however, the Evergrande Group is virtually unconnected to the global financial markets. It has borrowed mainly from domestic banks.

Wall Street suffered heavy losses today. The Dow Jones opened with a loss and ended the day 1.78 per cent lower at 33,970.53 points. The NASDAQ Composite closed 2.19 per cent lower at 14,713.90 points, having already lost considerable ground at the start.

Among other things, the crisis surrounding the Chinese real estate group Evergrande had a negative impact. Other reasons for the market’s weakness were uncertainty about future US monetary policy and declining forecasts for corporate earnings. Investors are waiting to see if the US Fed will hint about tapering at its meeting starting on Tuesday. In addition, the debt ceiling in the US remains an issue.

Uncertainty about the Fed’s decision this week on the timetable for a possible reduction in interest rates is also weighing on market sentiment.

At the beginning of the week, the Asian stock exchanges were largely in the holiday break. In Japan, the Nikkei index ended Friday’s trading with a gain of 0.58 per cent at 30,500.05 points. There was no trading there today, Monday. Trading on the Chinese mainland also paused for a holiday. On Friday, the Shanghai Composite turned positive and closed 0.19 per cent higher at 3,613.97 units. The Hang Seng was trading in Hong Kong and ultimately slumped by 3.32 per cent to 24,094.51 points today.

The ever-worsening situation surrounding the Chinese real estate group Evergrande continued to have a negative impact. In China, trading remained closed due to the Lunar Festival, and in Japan, there was also no trading on today’s Day of Honouring the Ancient Ones. At the same time, the harvest festival took place in South Korea.

Europe’s stock exchanges went down on Monday. The EuroSTOXX 50 was trading lower when the starting bell sounded on Monday and extended its losses in the course of the day. At the end of trading, it was down 2.11 per cent at 4,043.63 index units.

The German benchmark index moved into red territory on its debut with 40 stocks. The DAX opened Monday’s trading significantly weaker and dug deeper into the red as it progressed. The low for the day was 15,019.49 points, bringing the German benchmark index dangerously close to the round mark at 15,000 points, but it eventually managed to hold above it. At the end of trading, it was down 2.31 per cent at 15,132.06 points. The TecDAX also began the day in the red and widened its losses in the day. It finally ended the day 1.40 per cent lower at 3,828.07 points.

As of today, Monday, the German benchmark index will have 40 stocks instead of 30. For example, the shares of Airbus, Brenntag and HelloFresh will join the DAX.

Reports about the Chinese real estate group Evergrande also had a negative impact on Europe. Meanwhile, the new composition of the EuroSTOXX 50 and the start of the DAX 40 provided momentum.

The rising risk aversion on the financial markets is driving investors into the “safe haven” US dollar. In return, the euro fell at times to 1.1699 dollars on the foreign exchange, its lowest level in a month. In US trading, the European single currency cost 1.1727 US dollars in the evening.

The gold price was able to turn positive intraday despite the firmer greenback with the growing investor fears. In the evening, a troy ounce of gold cost 1,763 dollars, 0.25 per cent more than the previous day.

Cryptocurrencies were also hit hard again at the start of the week, though in the case of digital assets, the drop looks like a technical correction – ABC correction, to be precise – rather than anything else. Bitcoin ultimately dropped 9.3 per cent to $42,700, with a daily low just below $40,000, where BTC finally found solid support. Ethereum also shed 9 per cent, falling towards $3,000 and at times even much lower. Similarly, other altcoins such as XRP, Binance Coin, Solana, Polkadot or Uniswap dropped between 7 and 12 per cent, while Cardano held firmer with a loss of 3 per cent to $2.15.

German producer prices rose strongly in August, significantly exceeding forecasts. Compared to July, prices rose by 1.5 per cent, according to the Federal Statistical Office. Economists had expected an increase of only 0.7 per cent. Compared to the previous year, there was an increase of 12.0 per cent. This is the highest increase since December 1974, when prices had risen sharply in connection with the first oil crisis. Economists had predicted a rise of only 11.0 per cent.