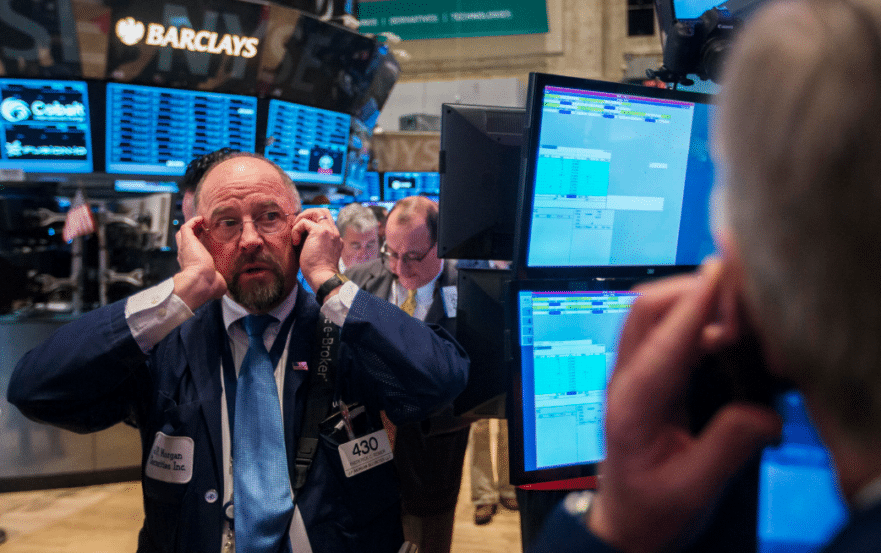 On the first day of the Christmas week, the US stock markets thus continued their weak performance of the previous week. Analysts identified several negative factors with the adverse effects of the fear around the corona variant Omikron, the major central banks’ monetary tightening plans, and the threatened failure of US President Joe Biden’s social and climate plans.

The major US bank Goldman Sachs even lowered its growth forecast for the US economy after Democratic Senator Joe Manchin announced on Sunday that he would not agree to a social and climate package worth billions. Without his vote in the Senate, the government has no majority.

Investors in the US may now just be clutching at straws that the stimulus package will be successful in a smaller volume next year, after all, other market analysts said.

Wall Street was not spared the rampant Omikron worries. Too little is known about the severity of the disease. Moreover, the first countries already decided to impose lockdowns again. In addition, President Biden’s prestige project, the billion-dollar social and climate change package was on the back burner.

Besides vaccine shares, Oracle was the focus of investors. This is because SAP competitor Oracle is about to make the largest takeover in its history. For 28.3 billion dollars, the US software specialist is buying Cerner’s IT health care provider, as Oracle announced today.

The increasingly ominous-sounding global news on the expansion of the Corona pandemic dampened investors’ risk appetite. While on the one hand, the new virus variant Omikron is spreading rapidly and lockdown measures are threatening again or have already been taken, on the other hand, there is still no clarity about the severity of the course of the disease.

The prospect of a globally tightening monetary policy is also a burden.

The European stock markets were significantly weaker on Monday. The EuroSTOXX 50 started with a loss and widened this in further trading. In the end, it went down 1.30 per cent to 4,107.13 points.

The DAX already started with a strong minus and was also clearly in the loss zone afterwards, whereby it retreated from its daily lows in the day. The German benchmark index ultimately ended the day 1.88 per cent lower at 15,239.67 points. The TecDAX also fell sharply, having already lost considerable ground at the start. In the end, it was down 0.1 per cent at 3,792.38 points.

The threat of new lockdowns at Christmas time is causing investors serious concern. In addition, US President Joe Biden’s prestigious domestic political project, a social and climate package worth billions, threatens to fail. This is because Democratic Senator Joe Manchin has declared that he cannot agree to the package.

Omicron concerns were also omnipresent in the foreign exchange market. The USA could be hit even harder by Omikron, as vaccination rates here are lower than in many European countries. The dollar was also weighed down because the US Federal Reserve could raise interest rates less than expected next year if the situation worsens. In the Eurozone, no rate hike has been forecast at all yet. In US trading, the euro was traded at 1.1280 US dollars.

Fearing a drop in demand, investors withdrew from the crude oil market. Brent crude from the North Sea fell by a good three per cent after volatile trading, while US light oil WTI lost almost four per cent. Investors fear a decline in oil demand amid fears that more countries than before could impose strict measures in the fight against the spread of corona.

The cryptocurrency market presented a mixed picture at the start of the week. Bitcoin rose slightly, increasing by 0.9 per cent to $46,900, while Ethereum stood still at $3,930. Binance Coin dropped 1.6 per cent to $520, while XRP moved 2.5 per cent higher to $0.87, reclaiming position 7 of the overall market.

The mood in the German export industry deteriorated in December, according to the ifo Institute. The ifo export expectations fell to 12.1 (November: 15.8) points. “Nevertheless, exports will probably increase in the first quarter of 2022, but at a slower pace,” the economic researchers forecast. Accordingly, the automotive industry had to cope with a heavy damper. Additional international orders are still expected, but significantly less than was thought in the previous month.

Chinese banks are cutting their lending rates, giving the world’s second-largest economy some tailwind. As the Chinese central bank announced in Beijing on Monday, the banks’ one-year lending rate will fall by 0.05 percentage points to 3.8 per cent. This is the first reduction since spring 2020, while the rate for five-year loans remains unchanged at 4.65 per cent.

The economic outlook in the USA improved more than expected in November. The composite index of leading economic indicators increased by 1.1 per cent compared to the previous month, as the private research institute Conference Board announced in Washington on Monday. Economists had expected an average increase of 1.0 per cent. In October, the indicator had risen by 0.9 per cent.