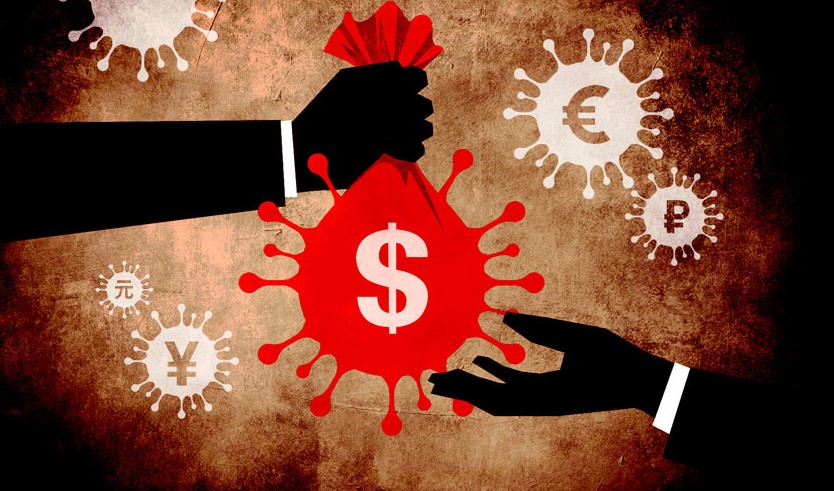 Between corona and corruption

Several pieces of bad news have caused the stock markets to slide sharply today. Above all, the worsening of the corona crisis in Europe has caused new lockdown fears. Also, Deutsche Bank and HSBC shares, among others of the financial sector, came under heavy pressure after a devastating money laundering report was published at the weekend, which also put other European banks in the twilight. The European banking index was the weakest sector index and intensified the overall downward trend on the stock markets.

But the banks were only the icing on the cake of bad news. Primarily, corona fears returned with full force. Developments in Europe apparently speak a bitter but clear language. There can be no talk of overcoming the pandemic, even though the stock market has not been so central to the issue recently. Lockdown scenarios will become much more real again before the cold season begins. Even ECB boss Lagarde does not see Europe’s economy out of the woods by a long way. Lagarde expressed herself in a video contribution to the German-French Parliamentary Assembly.

Investors bid farewell in droves to the international stock markets and served most indices a bitter awakening at the start of the week.

Wall Street reported heavy losses today. The Dow Jones extended its initial loss as trading progressed, closing 1.84 per cent lower at 27,147.24 points. The NASDAQ Composite ended the session 0.13 per cent lower at 10,778.80 points, having already dropped at the start of the session.

On Monday, the fear of a new corona wave dominated events on the stock markets and also triggered losses on the US stock exchanges. Also, the risks increased due to the US presidential election scheduled for early November.

On the corporate side, investors focused on Nikola, among others. Trevor Milton, head and founder of the electric and fuel cell car developer, announced his resignation during the night.

Asian markets were also under heavy selling pressure today. In Japan, the stock markets remained closed, but on mainland China, the Shanghai Composite ended the first trading day of the week 0.63 per cent lower at 3,316.94 digits. Meanwhile, the Hang Seng in Hong Kong recorded a substantial 2.06 per cent drop to 23,950.69 points. Here, the HSBC share price was hit particularly hard, at times losing more than 4 per cent under reports of money laundering allegations.

Not much had changed in the topics after the weekend: Stock market participants still miss clear news about a US stimulus package. In addition, the increasing number of new infections in many countries continued to be observed critically.

At least there was some relief in the TikTok dispute, which had recently depressed the mood between the USA and China. At the weekend, the US president signed an agreement in which Oracle and Walmart intend to enter into a partnership with the ByteDance subsidiary.

Bears also dominated the European stock markets at the beginning of the week. The EuroSTOXX 50 already gave way at the start of trading and fell deeper into the red over the trading day. It closed with a minus of 3.74 per cent at 3,160.95 index units.

On Monday there was a lack of fresh impetus. Meanwhile, investors kept an eye on the development of the worldwide numbers of corona-infected persons, which is now worrying them again.

In the foreign exchange market, the greenback expanded its gains in the afternoon and is trading slightly below its daily high, increasing its value against most other currencies, like the British pound, Australian dollar, Canadian dollar, etc. In late US trading, the euro was quoted at only 1.1753 US dollars.

The gloomy mood on the financial markets also put oil prices under increasing pressure on Monday as the day progressed. In the afternoon, a barrel of North Sea Brent crude costs $41.19, $1.95 less than on Friday. The price per barrel of US West Texas Intermediate (WTI) fell by $2.14 to 38.93 US dollars.

The gold price also collapsed significantly. Experts blamed the rising dollar, but also the lack of imagination for further fiscal support in the USA, for the fall in the price. Traditionally, however, traders also liquidate their gold positions when the stock markets come under greater pressure. The troy ounce dropped as low as $1,880 but came back above the $1,900 mark later in the day.

Investors have filed further million-dollar lawsuits against carmaker Daimler in connection with the diesel affair. The plaintiffs are demanding almost 250 million euros in damages in one case alone, and in three other cases the claims add up to an additional 100 million euros, as the Stuttgart Regional Court confirmed upon request. Behind the lawsuits are, among other things, various funds. In addition, there are several further new proceedings in which smaller amounts are involved.

Fed wants to use all instruments for economic recovery

The US Federal Reserve wants to do everything in its power to overcome the Corona crisis.

The central bank continues to commit itself to use the full range of its instruments, Fed Chairman Jerome Powell reaffirmed on Monday, according to a pre-release speech. Powell will address the House Committee on Financial Services on Tuesday.

The Fed will use the instruments for as long as necessary, he said. It must be ensured that the economic recovery is as strong as possible. Concerning economic developments, Powell effectively repeated the statements he had made last week after the interest rate decision.

Last Wednesday, the currency watchdogs around Powell had promised to keep interest rates close to zero until inflation was on the way to “moderately exceed” the target of 2 per cent inflation “for some time”. The US Federal Reserve left its guiding principle for supplying the financial institutions with money in a range between zero and 0.25 per cent.