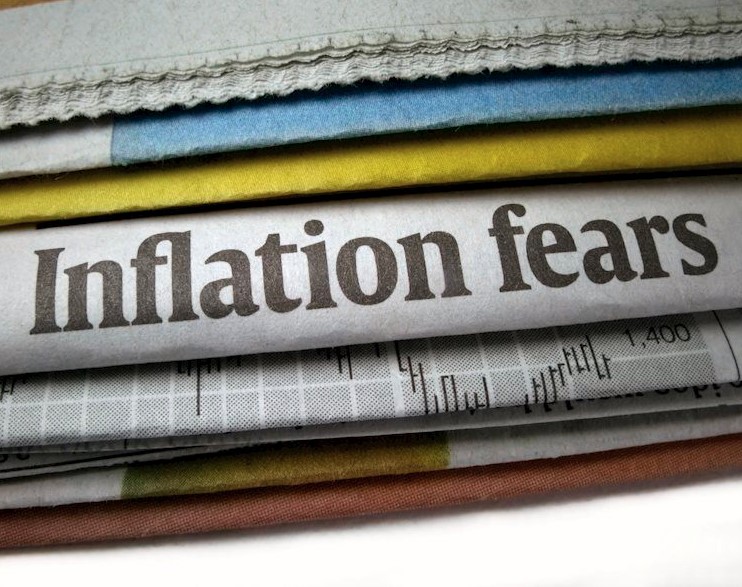 In addition to the still explosive Corona situation, investors are currently concerned with another explosive issue that has not really been one for many years. The fact is that bond yields are rising. Experienced stock market players know what can happen once they start rolling. It is pure poison for the stock markets, especially since at the high level of fixed-interest securities, even small increases in yields are enough to cause sensitive losses in portfolios.

The background to this is speculation on economic recovery and the associated rise in inflation, not least because of the vast sums pumped into the markets by central banks and governments.

So all of a sudden, this is now becoming a problem. What a surprise!

Admittedly, the whole thing is taking place at a historically low-interest rate level, and there is certainly no immediate round of interest rate hikes by the central banks on the horizon. But it is enough to make the market nervous, especially since worries about the coronavirus’s unpredictable mutations are also calling into question the easing scenarios for the economy.

The US stock markets lost considerable ground at the beginning of the week. The Dow Jones was under pressure but managed to close 0.09 per cent higher at 31,521.69 points in the end. The NASDAQ Composite, on the contrary, fell sharply by 2.46 per cent to 13,533.05 points after already starting lower.

Investors were betting on the economy’s imminent recovery given the vaccination campaign and the planned US economic stimulus package. This, combined with inflation concerns, led to a sell-off in government bonds. But falling bond prices led to rising yields in return. As a result, there is growing concern among equity investors that equities, which are already highly valued, could become less attractive than bonds, which are considered low-risk.

The Asian stock markets were also mixed at the start of the week. While the Japanese benchmark index Nikkei rose by 0.46 per cent to 30,156.03 index points, the Hang Sang in the special administrative zone of Hong Kong lost 1.06 per cent to 30,319.83 points. On the Chinese mainland, investors were also less cheerful, and the Shanghai Composite slipped 1.45 per cent to 3,642.45 points.

European stock markets also got off to a less friendly start. After a weak start, the EuroSTOXX 50 remained in the loss zone and finally ended the day with a minus of 0.37 per cent at 3,699.85 points.

After the DAX started the trading session with heavy losses, the 13,800 marks were threatened in the early part of the day. However, economic data then ensured that the losses were somewhat smaller again. The German benchmark index ultimately went into the evening with a minus of only 0.31 per cent at 13,950.04 points. The TecDAX extended its initial loss, following NASDAQ’s trend, and closed 1.70 per cent lower at 3,458.87 index points.

In addition to inflation, the rising yields on the US bond market remained the top topics on the market. The issue of rising interest rates is now also increasingly hitting the stock markets, mentioned many traders. The question is at what point the central banks will intervene against the rise in interest rates because rising interest rates could, at some point, become a burden for companies and government budgets.

The euro exchange rate rose on the Forex market after the robust Ifo Business Climate Report. By late evening, the single European currency was trading at the day’s high of 1.2153 US dollars, after falling below 1.21 dollars at times in the morning.

Oil prices extended initial gains on Monday. North Sea Brent gained $2.09 to $64.99 per barrel (159 litres), while West Texas Intermediate (WTI) also rose sharply, ending the day $1.91 higher at $61.15. Market observers referred to a price forecast by Goldman Sachs. Commodity experts from the US investment bank expect oil prices to rise further in the coming months. According to this, the Brent price could increase to 70 US dollars per barrel in the second quarter and reach 75 US dollars in the summer months. Goldman Sachs has thus raised its previous forecast by 10 dollars per barrel.

The gold price also made significant gains today. The precious metal climbed from an initial $1,784 to $1,810 per troy ounce during the day.

After the recent bull run in cryptocurrencies, today was the time for a significant correction. Bitcoin and Ethereum fell sharply, at times by over 20 per cent, dragging down the rest of the market with them. Only XRP held firm and even gained 6 per cent to $0.58. Bitcoin traded around $53,000 at the end of the day, while Ethereum was last seen at approximately $1,737.

According to the German Electrical and Electronic Manufacturers’ Association (ZVEI), foreign trade in the German electrical industry recovered noticeably at the end of the year. While exports in December 2020 exceeded their corresponding figure for the previous year by 5.2 per cent at 17.1 billion euros, imports even rose by a double-digit 13.1 per cent to 17.1 billion euros.

Contrary to expectations, the mood in the German economy brightened in February. The Ifo Business Climate Index improved to 92.4 points (January revised: 90.3), the Munich-based Ifo Institute reported after its monthly survey of around 9,000 managers. This is the highest level since October 2020. Economists surveyed by Dow Jones Newswires, on the other hand, had forecast stagnation at the preliminary January value of 90.1 points. “The German economy is robust despite the lockdown, mainly due to strong industrial activity,” the Ifo Institute commented on the data.

Economic activity in the USA strengthened in January. The Chicago Fed National Activity Index (CFNAI) rose to a level of plus 0.66, according to the Federal Reserve Bank of Chicago. The index reading was revised to plus 0.41 after a value of plus 0.52 was initially cited for December. However, the more meaningful three-month moving average weakened to plus 0.47 in January and was revised to plus 0.60 in December from plus 0.61 reported earlier.