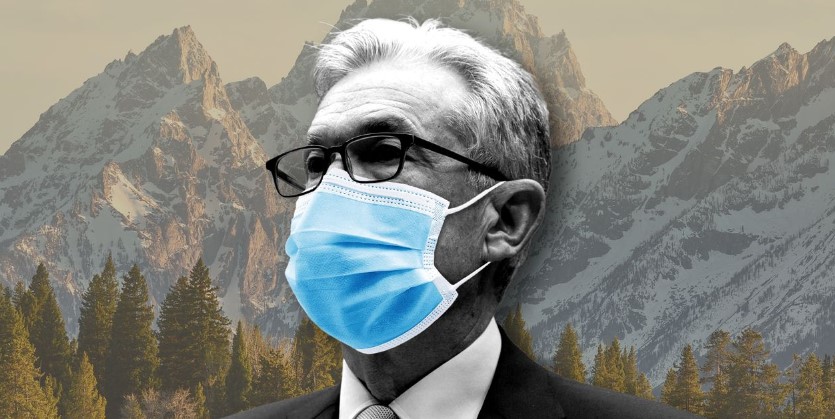 The US markets seamlessly continued Friday’s positive trend at the start of the week and even marked further records in the process. More risk appetite among investors and rising oil prices were the driving forces behind a successful trading day. Although the potential impact of the delta variant is still being followed with concern on the markets, this could not contain the stock market bulls today.

Fed Chairman Jerome Powell will deliver a much-anticipated speech on the US economy at Friday’s critical Jackson Hole conference. Investors are looking for clues as to when the Federal Reserve will begin to wind down its massive stimulus.

On Monday, the US stock markets continued their recovery that began on Friday. The Dow Jones opened the session slightly stronger and then continued to climb. It ended the trading session with a gain of 0.61 per cent at 35,335.71 points. The NASDAQ Composite also extended its gains in the course of the session, closing 1.55 per cent stronger at 14,942.65 points.

Before the weekend, statements by a US Federal Reserve Banker had somewhat eased concerns about a tightening of monetary policy. Now investors focused on economic data; for example, economic activity in the US showed signs of slowing in August. According to data from IHS Markit, the US overall production index fell to an eight-month low. In addition, existing-home sales surprisingly rose again in July.

On the corporate side, investors focused on Pfizer, among others, with its acquisition of oncology specialist Trillium Therapeutics. Meanwhile, ride-hailing companies Uber and Lyft faced further uncertainty over the status of their drivers in California.

In blue chips, the rising oil price helped today. The shares of the US oil companies Chevron and Exxon Mobil gained significantly. Chevron was one of the biggest winners in the Dow, gaining 2.5 per cent.

The most important markets in Asia also rose significantly at the start of the week. The Japanese benchmark index Nikkei climbed by 1.78 per cent to 27,494.24 points by the close of trading. On the Chinese mainland, the Shanghai Composite closed 1.45 per cent higher at 3,477.13 units, while Hong Kong’s Hang Seng exited trading with a gain of 1.05 per cent to 25,109.59 points.

After the heavy price losses of the previous week, a countermovement occurred to the start of the week. The US, where there was also a clear upward trend before the weekend, provided some tailwind.

In Europe, the signs on the stock markets were also green. The EuroSTOXX 50 started trading with a premium and maintained its friendly trend throughout the day. In the end, a gain of 0.70 per cent to 4,176.42 index units was on the board.

The DAX was already firmer at the opening but was ultimately only able to record an increase of 0.28 per cent at 15,852.79 points. The TecDAX also started trading stronger and subsequently extended its gains, closing 0.94 per cent higher at 3,914.00 points.

On the corporate side, it was rather quiet at the start of the week, so economic data from the eurozone came into focus. The data was mixed, including weaker than expected data from Germany. However, experts were also able to take a positive view: “The weaker the economy, the longer no tapering,” some experts said.

The euro recovered on Monday in a friendly environment on the financial markets. In New York foreign exchange trading, the euro cost 1.1747 US dollars, the highest level since last Tuesday. Before the weekend, the euro had fallen to its lowest level in about nine months at 1.1664 dollars.

Oil prices significantly extended initial gains on Monday. Oil prices thus recovered somewhat from their recent three-month lows. The weaker dollar provided relief. When the dollar exchange rate falls, this usually leads to higher demand from countries outside the dollar area. The good mood on the financial markets also boosted prices on the oil market. Most recently, a barrel of North Sea Brent traded for 68.84 US dollars, 3.67 dollars more than on Friday. WTI oil from the USA also rose sharply by 3.65 dollars to 65.80 dollars.

The gold price also rose significantly on the back of the weakening greenback. The price of an ounce of gold increased by more than $20 compared to Friday to $1,805 an ounce.

Cryptocurrencies continue to show bullish signs. Bitcoin touched the .072 Fibonacci retracement level, breaking above $50,000 for the first time in over three months. However, in the late evening, Bitcoin had fallen 1.8 per cent to $49,200, while Ethereum lost 0.7 per cent to $3,325. On the other hand, Cardano finds momentum and further increased by 2.8 per cent to $2.87. Similarly, Binance Coin pocked up steam and rose 4.8 per cent to $494, while XRP softened by 1.3 per cent to $1.23 per coin.

Economic growth in the eurozone slowed slightly in August but maintained high momentum overall. The composite index for production in the private sector – industry and services combined – eased to 59.5 points from 60.2 in the previous month, the IHS Markit Institute reported in its first release. This kept growth close to a 15-year high. Economists had predicted a decline to 59.6 points. As economists had expected, the manufacturing purchasing managers’ index fell to 61.5 points from 62.8 in the previous month.

Business sentiment in the UK deteriorated significantly in August. The IHS Markit Purchasing Managers’ Index fell by 3.9 points to 55.3 points compared to the previous month. Analysts had expected a decline, but on average, had anticipated a much weaker drop. In the manufacturing sector, the Purchasing Managers’ Index fell only slightly, but it dropped all the more sharply in the services sector.

Consumer confidence in the eurozone deteriorated in August. The index calculated by the EU Commission fell by 0.9 points to minus 5.3. Economists surveyed by Dow Jones Newswires had forecast a reading of minus 4.6.