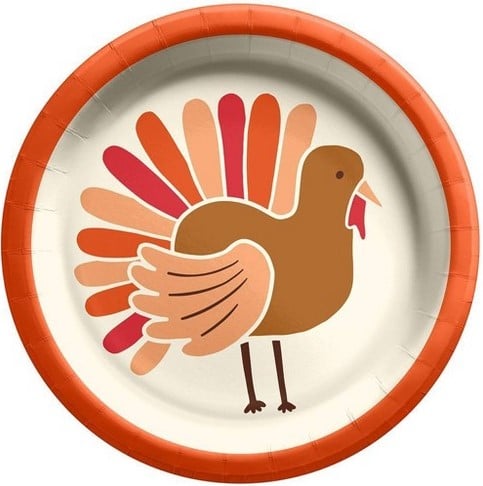 In the USA, the heavily celebrated Thanksgiving holiday is coming up this week, which means that the markets will probably be a bit quieter and have fewer drivers as Wall Street kicks back a little. However, Monday kicked off the trading week with some big bangs and interesting moves. Especially the US dollar became the darling of the Forex market, seeing a lot of buying interest when the US PMIs were released just after Wall Street open.

In the great scheme of things, the markets are still caught in the same paradigm of the last weeks: corona, the current situation versus the hopes for an early vaccine.

So the market remains exciting, and we can be curious about what will happen before and after “Thanksgiving”, traditionally the biggest family celebration in the country. The harvest festival is followed by the bridge day “Black Friday”, the traditional start of the Christmas business. Seasonally, this is one of the most prosperous times of the year on the stock market.

The US stock markets ultimately showed a positive trend. The Dow Jones extended its initial gain as trading progressed, closing 1.13 per cent higher at 29,593.11 points. The NASDAQ Composite, on the other hand, consolidated its early increase and ultimately closed the day only 0.22 per cent higher at 11,880.63 units.

BioNTech, Pfizer, AstraZeneca, Regeneron, CureVac: The list of companies with good news on the development of their vaccine candidates has become quite long. This also gave the US stock markets a boost on Monday. However, a large part of this “vaccine optimism” has already been priced in, according to numerous market observers.

Asia’s stock markets were mostly painting an optimistic picture today. There was no trading in Japan due to public holidays. Most recently, the Japanese leading index had dropped 0.42 per cent to 25,527.37 points on Friday’s Nikkei.

Investors increasingly hoped for rapid deployment of a vaccine against the coronavirus. According to reports, vaccinations could begin as early as December, as Pfizer and BioNTech submitted the documentation for their vaccine candidate to the US Food and Drug Administration (FDA) for emergency approval at the end of last week. Applications are also being prepared for Europe and other regions, it was said.

The European stock markets showed little movement on Monday. The EuroSTOXX 50 ended the meeting 0.13 per cent weaker at 3,463.04 points.

The Dax 30 was also unable to maintain its initially robust gains on Monday and even slipped slightly into negative territory. The leading German index, which after successful vaccine announcements from AstraZeneca and later from CureVac peaked at over 13,300 points, ultimately closed 0.1 per cent lower at 13,126 points. The TecDAX lost 0.4 per cent to 3,054.04 points after starting the day with a slight gain.

Hopes of an early introduction of a corona vaccine caused a moderate buying mood until shortly before the close of trading. Eurozone Markit PMIs, on the other hand, had a negative impact on the traders’ mood.

After a wild rise and fall in the foreign exchange market at the beginning of the week, the euro has stabilized for the time being. A slide followed the rise above 1.19 US dollars in the wake of friendly financial markets to around 1.18 US dollars after surprisingly good economic data from the United States.

The hope of soon available corona vaccines also boosted oil prices on Monday. The daily high reached the highest levels since the beginning of September. A barrel of North Sea Brent cost 45.91 US dollars in the evening, 84 cents more than on Friday. For US WTI oil 53 cents more was paid, bringing the barrel price to 42.95 US dollars.

Gold saw a very sharp sell-off today after the greenback saw a lot of buying interest, followed by technical chart indicators flashing red further to push the price of gold and other precious metals down. The price per troy ounce gold dropped from minute to another from $1,867 to $1,830, finally closing at around $1,833.

Finally, looking at the digital asset class, we saw another day of a lot of green for many of the major cryptocurrencies. The overall market capitalization grew by a further 3.76 per cent to now $573 billion. Bitcoin was the only cryptocurrency that didn’t move but stayed firm at around $18,400. The third-largest digital asset by market capitalization, namely XRP, saw another day of incredible growth, shooting up a further 52.7 per cent on the day, bringing the weekly gain to over 136 per cent! Ethereum added 5.8 per cent to $618, while Stellar was another shooting star, following XRP with a 59 per cent price jump to $0.1720 per coin.

The corona restrictions imposed for November have caused a significant deterioration in sentiment among purchasing managers in Germany. Thanks to a booming industry, however, the German economy as a whole remained on course for growth. The composite index for production in the private sector – industry and service providers together – fell to 52.0 points from 55.0 in the previous month, as the IHS Markit Institute announced in the course of its first publication.

And the economy in the eurozone as a whole is also on a shrinking course in November due to the tightened corona restrictions. The composite index for production in the private sector – industry and service providers combined – fell to 45.1 points from 50.0 in the previous month, as the IHS Markit Institute reported in the course of its first publication. This is the lowest level since May. Economists had only predicted a decline to 47.1 points.

Although a strong corona wave is currently hitting the USA, corporate sentiment brightened considerably in November. The sentiment barometer of the research company Markit rose to its highest level in a good five and a half years. The purchasing managers’ index, which combines industry and service providers, rose to 57.9 from 56.3 points in October. Markit Chief Economist Chris Williamson spoke of a first impression after the US presidential election and a very encouraging survey result.

The US government sees the German-Russian Nord Stream 2 pipeline through the Baltic Sea on the last few meters of its journey and is increasing the pressure for sanctions on European companies involved. “This pipeline is not taking place,” a high-ranking US government representative told the news agency dpa in Washington. “This is what a dying pipeline looks like.” The government had identified several companies and individuals who were threatened with initial sanctions under the Nord Stream 2 Sanctions Act.

Hellofresh buys US supplier of ready-meals

Dax-listed food supplier Hellofresh takes over Factor75, a supplier of ready-to-eat meals in the USA. The total purchase price amounts to up to 277 million US dollars in cash, $100 million of which is performance-based. The transaction is expected to close within the next few months, the company announced.

On the occasion of the most recent quarterly figures, management emphasized that it still sees potential in the USA and intends to expand into other countries.