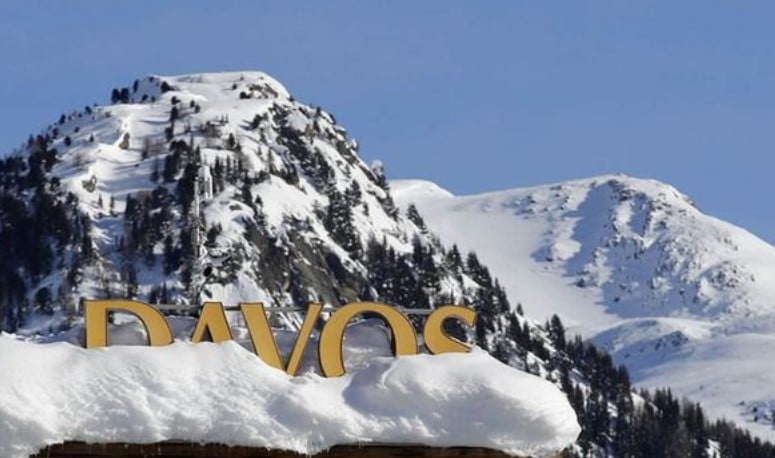 The pessimists took the helm on the stock market at the start of the week. New corona and economic worries weighed on the overall mood. Only Asia’s markets saw some rays of hope.

New corona worries triggered the losses in Europe among investors after experts and politicians became increasingly concerned about new mutations of the coronavirus from the UK, South Africa and especially Brazil. This makes both a longer lockdown and further travel bans more realistic, fuelling investors’ concerns about the economy.

Overall, the New York stock exchange presented a mixed picture on Monday. Standard stocks, in particular, came under selling pressure after cyclical stocks had performed well recently. The two most important technology indices had still presented themselves strongly in early trading and climbed to record highs before giving up some of their gains.

After a little changed start, the Dow Jones slipped into the red and closed 0.12 per cent lower at 30,960.36 points. The NASDAQ Composite, on the other hand, ended the day 0.69 per cent higher at 13,635.99 points after a choppy performance.

While the rampant pandemic continues to depress sentiment, investors are eagerly awaiting the US Federal Reserve’s mid-week meeting. They are hoping that this will send signals about a continued loose monetary policy. Besides, the reporting season continues to gather pace this week. Against this backdrop, investors avoided risk after the recent record highs of all major US indices.

The Asian stock markets rose at the beginning of the week. The Japanese benchmark index Nikkei gained 0.67 per cent to 28,822.29 points while

the Shanghai Composite index increased by 0.48 per cent to 3,624.24 points on the Chinese mainland. In Hong Kong, the leading index Hang Seng rose even stronger, increasing 2.41 per cent to 30,159.01 index points.

Investors were optimistic at the start of the new trading week. According to experts, this was mainly related to the hope for another economic stimulus package under the new US President Joe Biden. China’s President Xi Jinping is also expected to address Davos’s economic conference today, Monday, which will be held entirely virtually.

The European stock exchanges slumped on Monday. The EuroSTOXX 50 posted a strong minus of 1.4 per cent and left the session at 3,551 points.

The German stock markets also recorded significant losses at the start of the week. After a friendly start, the DAX turned negative and slid lower and lower as trading continued. It finally closed with a heavy loss of 1.66 per cent at 13,643.95 points. The TecDAX held firmer and only lost 0.2 per cent to 3,365 points at the end of trading.

In the run-up to the upcoming major events, the Fed meeting, the World Economic Forum and the reporting season, market experts commented on the market development.

Besides, the European markets continue to be burdened by the pandemic. Over the weekend, accusations had been made from EU circles against vaccine manufacturers, who had previously announced delivery delays. “We expect the contracts confirmed by the pharmaceutical companies to be honoured,” said EU Council President Charles Michel, according to the dpa.

Furthermore, the mood in the executive suites of the German economy has also deteriorated against this backdrop. The ifo business climate index fell noticeably in January – and more sharply than expected.

On the foreign exchange market, the euro remained under pressure throughout the day. Most recently, the common currency was only able to pull back slightly from its low for the day of 1.2116 US dollars and cost 1.2138 dollars. In early European business, it had still been trading near 1.22 dollars. An uneasy mix of corona uncertainty and weak economic data created a bad mood on the European financial markets. The US dollar, which many investors see as a kind of refuge in uncertain times, benefited from the development.

Oil prices were able to stabilise and even slightly increase on today’s trading day. Oil prices were somewhat supported by speculation about lower production. Over the weekend, the Bloomberg news agency had reported that Iraq planned to produce less crude oil in the first two months of the year than in December. The agency cited information from Iraq’s state oil company. On Friday, oil prices were still burdened by a surprising increase in US crude oil inventories. The barrel price for North Sea Brent rose 10 cents to settle at 55.51 US dollars. The WTI oil price also gained slightly. At 52.32 US dollars per barrel, the price increased by 5 cents compared to Friday.

Gold hovered once again in its familiar trading range and closed almost unchanged at $1,856 per troy ounce.

The mood in the executive suites of the German economy has clouded over noticeably in January. The Ifo Business Climate Index fell to 90.1 (December revised: 92.2) points, as the Munich-based Ifo Institute announced after its monthly survey of around 9,000 managers. Economists surveyed by Dow Jones Newswires had only forecast a decline to 91.9 points.

Apple shares broke through the round mark of 140 US dollars for the first time and were up 2.5 per cent at just over 142 dollars. The high for the day so far was just over 145 dollars. Although the iPhone manufacturer will not present its figures until after the close of trading on Wednesday, investors and experts are already positioning themselves optimistically. It was helpful that the Wedbush analysis firm experts believe that the shares have a lot of potential with a target of 175 US dollars.

Against the trend, SAP gained in the DAX today because the shares of the US subsidiary Qualtrics are meeting with great demand at the IPO on the Nasdaq in New York. Qualtrics raised the price range to 27 to 29 dollars from 22 to 26 dollars, according to a notification to the US stock exchange supervisory authority SEC on Monday. This would mean revenues of up to 1.68 billion US dollars.

In a best-case scenario, Qualtrics would now have a market value of around 15 billion dollars. That is far more than the eight billion dollars that the Walldorf-based DAX group put on the table more than two years ago for the software provider from the USA, its last major acquisition.

The IPO also makes SAP’s coffers ring, because Qualtrics ultimately wants to pass on the proceeds from the capital increase to Walldorf. Even after the IPO, SAP retains control of Qualtrics: 84 per cent of the shares remain with the software giant. With the Qualtrics platform, companies and public authorities can collect feedback and data from customers and employees to analyse and process them real-time.