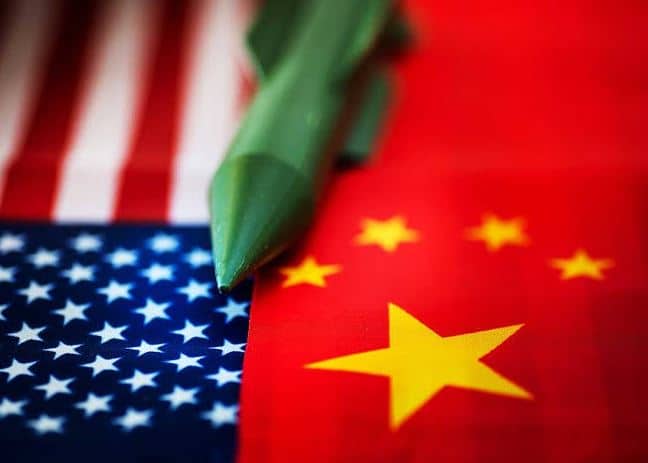 The bitter dispute between the two largest economies has thus reached the next escalation stage. Shortly before his departure for the G7 summit in France, Trump expressed himself confident of victory in the night to Saturday with a view to the dispute – and at the same time signalled his willingness to talk.

The trade war between the USA and China has been going on for months and is increasingly burdening the global economy. Both sides are gradually imposing new punitive tariffs on each other. From mid-December onwards, almost all Chinese imports into the USA will be subject to punitive tariffs. The US government’s only lever now is to raise the level of these tariffs. That is exactly what Trump has opted for.

On Friday, the Chinese Ministry of Commerce announced that it would impose additional charges of five to ten per cent on US goods with a volume of 75 billion US dollars. The tariffs are to be raised in two steps on September 1 and December 15, parallel to the American punitive measures. China will initially impose an additional duty of five per cent on soybeans and oil imports. Car tariffs of 25 per cent are to follow in December.

Trump wrote on Twitter Friday night: “China should not have imposed new duties on US goods worth 75 billion dollars.”

The “Like you to me, like I to you” in the international trade conflict once again fuelled investors’ fears of a slowdown in the global economy. Share prices plummeted.

The pressure is also being felt on the European stock exchanges, and markets are going down slightly on Monday. The EuroSTOXX 50 shows red signs with 3,318 points shortly after the start of trading.

Germany’s leading index, the Dax, also fell by around one per cent on Monday morning. It is currently valued around the 11,600-point mark.

On the commodity markets, the gold price is the natural winner of the new uncertainty among investors. The yellow precious metal benefits from its image as a “safe haven”. At its peak, the gold price rises to 1,555 dollars per troy ounce, marking a fresh six-year high.

The fear of an economic downturn, on the other hand, is causing oil prices to suffer, as this would considerably dampen demand for the “black gold”. Accordingly, the prices for the WTI and Brent varieties each fell by more than one per cent.

On the currency market, the euro is benefiting from the general weakness of the US dollar. The European common currency is quoted at 1.1145 US dollars. Antipodeans like the Australian dollar (AUD) or the New Zealand dollar (NZD) feel the weight of the US-China trade war a lot. The Aussie fell under the $0.67 handle, and the Kiwi dropped under the $0.6350 mark. Both currency pairs, the AUD/USD and NZD/USD, were able to rebound slightly now but are still under pressure.

The cryptocurrency market has been pretty quiet and stable over the weekend. All major coins and tokens didn’t move much in any direction. A Bitcoin is currently valued just above $10,300. One Ethereum is currently $191, and one XRP coin costs $0.2730.

According to a newspaper report, UBS and Deutsche Bank have explored a merger of their investment banking businesses. The Wall Street Journal reported on Sunday that this alliance had been pursued from the beginning of the year until June. Ultimately, however, no agreement was reached because the two parties disagreed on key issues, such as the allocation of capital.

Credit Suisse is repositioning itself in its home market and investing hundreds of millions in a new business unit, among other things. Private and commercial clients will in future be served by the business unit known as “Direct Banking”. In addition, investment banking is to be integrated into the Swiss Universal Bank division. By the end of 2021, Credit Suisse, therefore, intends to invest a high three-digit million sum in its client business, particularly in digitization. Additional employees are also to be hired. The financial targets for the Swiss unit were confirmed by the bank.

The US financial investor KKR has secured more than 40 per cent of the shares in the Berlin media group Axel Springer with its takeover bid. Approximately 45.9 million Axel Springer shares had been tendered for acquisition by August 21, corresponding to about 42.5 per cent of the outstanding shares, KKR announced on Monday. The minimum acceptance threshold of 20 per cent was thus clearly exceeded.

The transaction is expected to close in the fourth quarter of 2019 or the first quarter of 2020. In future, major shareholder Friede Springer (42.6 per cent) and CEO Mathias Döpfner (2.8 per cent) will jointly control the media group with KKR.