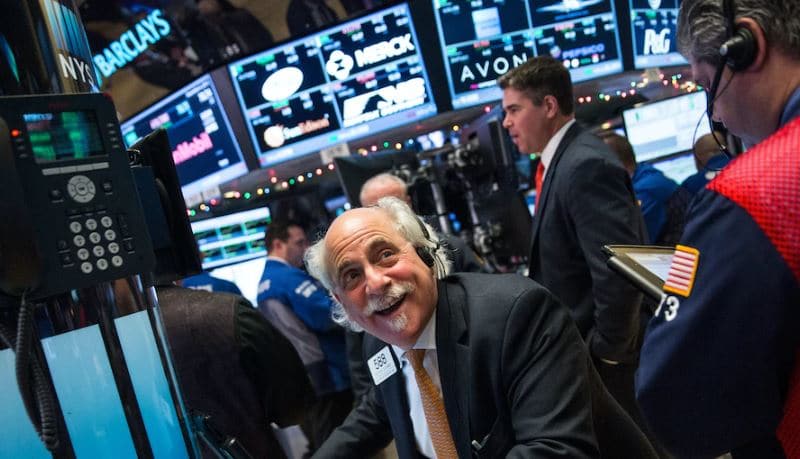 Optimism prevailed on the international stock exchanges today. After weeks of stagnation, some countries are cautiously and gradually easing their restrictions in everyday and economic life. For example, more children will soon be able to go back to school or daycare, citizens will be able to do more outdoor sports or visit other people, and shops will reopen under strict conditions. Even in Italy and Spain, the European countries most affected by the Corona crisis, the stringent measures are now to be eased carefully.

Positive signals from the USA and Asia as well as a further easing of the BoJ’s monetary policy provided even further support. Traders are also hoping that the ECB will also approve additional stimulus measures on Thursday.

So while this seems to be good enough news for the markets and the optimistic investor, one must remain vigilant and keep the hard facts in mind.

The US leading index Dow Jones 30 Industrial expanded its initial profit and ultimately closed 1.51 per cent higher at 24,133.78 points. The technology-oriented selection index NASDAQ Composite closed 1.11 per cent higher at 8,730.16 index units, after already opening in the green.

In New York, too, there are already plans for a gradual return to normality: “We want to boost the economy again, but we have to proceed cautiously and intelligently,” Governor Andrew Cuomo said over the weekend.

Asia’s major stock markets gained significantly on Monday. The Japanese leading index Nikkei 225, closed 2.7 per cent higher at 19,783 points. The Bank of Japan (BoJ) has further eased their monetary policy. In doing so, it is no longer setting itself a limit even when buying government bonds. In China, the CSI 300, which comprises the 300 most essential stocks on the Chinese mainland stock exchanges, gained a good one per cent, and the Hang Seng in Hong Kong gained a little more at 1.9 per cent. Already on Friday, the US markets had increased significantly after a weak start. This also drove up prices in Asia.

The European stock exchanges also saw a sharp upturn on Monday. The EuroSTOXX 50 was clearly on green territory in the morning and was able to maintain its high level for the rest of the day. In the end, it recorded a gain of 2.60 per cent to 2,882.09 points.

Hopes for further relief in the Corona crisis were supported. In most states, the number of new cases of illness is declining, and the severe restrictions are being further eased. The reporting season also remained the focus of investors, with the figures presented by Deutsche Bank and Bayer providing positive surprises.

While no significant economic data was released at the beginning of the week, several major events are on the agenda for the week. Consequently, the euro exchange rate did not move much on Monday. The common currency currently costs 1.0830 dollars.

After stabilising at the end of last week, oil prices fell sharply again on Monday. The price of American light oil fell particularly sharply. At times, it fell below the USD 12 mark. The price of European Brent fell below the 20 dollar mark. Today, a barrel of North Sea Brent, at $2.50, costs less than $19.30. The price of the US West Texas Intermediate (WTI) variety fell by $4.71 to $12.29.

With the return of “risk-on”, gold was also under pressure today. The price declined to round-about $1,709 and is showing signs of further weakness. Strong support awaits at the psychologically important $1,700 mark as well as at $1,694.

Most of the major cryptocurrencies remained stable today with Bitcoin trading at around $7,700. Ethereum and XRP lost marginally to $196 and $0.1970 respectively.

The USA is tightening its rules for exports to China. The rules published on Monday now also require permission to sell certain military goods to China, even if they are for civilian use. An exemption for the export of certain private goods has also been removed. The products concerned include semiconductors and equipment for aircraft.

The new regulations should be published in the US Federal Gazette on Tuesday. The USA had been engaged in a month-long trade war with China before the coronavirus pandemic. Relations are tense even during the current crisis.

According to observers, the Tesla share price is benefiting from a report by the news agency Bloomberg, according to which the manufacturer of electric vehicles is considering first steps towards resuming production in California.

Following the recovery rally that began in mid-March, Tesla now has a market value of 145 billion US dollars or the equivalent of around 134 billion euros. The German car manufacturers BMW, Volkswagen (VW) and Daimler collectively weigh in at only 128 billion euros.

From the crash low of mid-March, Tesla shares have more than doubled. In contrast, the recovery of the shares of German automobile companies was limited. Analysts are positive for Tesla, among other things, that the Chinese government wants to extend subsidy programs for cars with alternative drives.