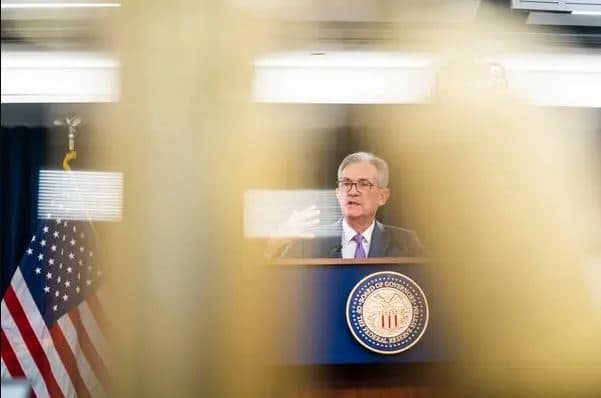 The October rally continues. The reporting season, which is also gaining momentum in Europe, key interest rate decisions in the USA and Japan as well as the labour market report of the US are likely to characterise the course of the week, along with the long-running Brexit and trade dispute issues. According to currency experts, the Fed’s signals on Wednesday evening are particularly interesting. Most observers expect an interest rate cut of 0.25 percentage points. Therefore, the main question is whether the adjustment wave will end after three rate cuts or whether it will be a real “rate reduction cycle”, the analysts say.

Hopes that the trade dispute between the USA and China would be resolved drove Wall Street forward. The Dow again surpassed the 27,000 mark. The S&P 500 climbed to 3,042 points, while the Nasdaq 100 index climbed to 8,098 points. Wall Street is in a record frenzy.

At the start of the new week, the stock markets in the Far East also made gains.

Once again, developments in the trade dispute were particularly noticeable. Investors, for example, hope that the US will soon settle the tariff dispute following positive statements. Over the weekend, the office of US Trade Representative Lightizer announced that further talks would soon be held.

There was little movement on Europe’s stock markets on Monday.

The EuroSTOXX 50 started weaker and initially oscillated around the zero line. Later it established itself in the plus zone, but at the close of trading, it fell back to Friday’s close with a marginal gain of 0.03 per cent at 3,625.69 units.

The reporting season also gained momentum at the European level. Even before the start of trading, the British bank HSBC and the Dutch technology group Philips opened their books for inspection.

In the wake of the friendly Wall Street, the Dax also continued its October Rally. It closed 0.4 per cent higher at 12,941 points. At times it had stalked up to 12,986 points, the highest level for 16 months, and had approached the 13,000 mark. Since the beginning of October, the Dax has gained a whopping six per cent. If there is no price slump by Thursday, it could be the best stock market month since June.

The euro hardly moved during the US trading session on Monday. The common currency most recently cost 1.1098 US dollars. During the European trading session, it had risen briefly above 1.11 dollars. The European Central Bank (ECB) had set the reference rate at 1.1087 (Friday: 1.1107) dollars. The British Pound rose slightly after the EU approved a Brexit delay until January.

Oil prices registered slightly lower on Monday. One barrel (159 litres) of Brent North Sea was worth 61.78 dollars most recently. That was 21 cents less than on Friday. The price for a barrel of the American West Texas Intermediate (WTI) also fell by 24 cents to 56.41 dollars. Oil prices are thus close to their one-month highs. Especially in the past week, prices have risen significantly. The reason for this was a surprising decline in US crude oil reserves. Added to this is a somewhat less sceptical view of the trade conflict between the USA and China.

The gold price took a decent hit and ended below $1,493 after investors turned to “risk-on” mode, pushing the stock markets northwards.

Following a controversial award procedure, the US Department of Defense has awarded Microsoft a cloud computing contract – and thus decided against Amazon. The contract stipulates an upper limit of up to the equivalent of around 9 billion euros over a period of ten years, according to the Pentagon. However, it was agreed that the equivalent of about 900,000 euros within two years would be fixed for the time being.

Under the terms of the agreement, Microsoft will take on “decisive and urgent” requirements for the Pentagon’s modern cloud infrastructure. Amazon, among others, had applied for the contract. The world’s largest online retailer had long been considered the favourite in the race for the contract.

Takeover speculation raised Fitbit’s shares by 30 per cent to $5.61 on Monday. At times, the price of $6.09 had reached its highest level since March. According to a media report, the Google mother Alphabet has submitted a purchase offer for the papers of the provider of fitness trackers. Alphabet shares are rising by around two per cent.

Tiffany stocks rose by a third to a good 130 dollars. LVMH wants to take over the US jeweller. According to Tiffany, the French provider of “Louis Vuitton” bags offers 14.5 billion dollars or 120 dollars per share. Investors speculated that the offer would be improved. Tiffany is valued at almost twelve billion dollars on the stock exchange. LVMH has been trying for years to expand on the US market.

Deutsche Börse benefited in the third quarter from the market turbulence resulting from the trade war and the Brexit dispute. Net revenues rose by 13 per cent to 734 million euros in the three months to the end of September. Profit climbed by 18 per cent to 283 million euros. The forecast for the year was confirmed. However, analysts had expected a little more, and shares fell slightly in late trading.

Hackers have captured around three million names, e-mail addresses and telephone numbers from customers of the Italian bank UniCredit. The file was created in 2015 and contained “only” Italian data, UniCredit announced. UniCredit is not the only bank affected by such an attack this year. According to the Bloomberg news agency, a Russian hacker confessed in September to stealing data from more than 80 million customers of the US bank JPMorgan.