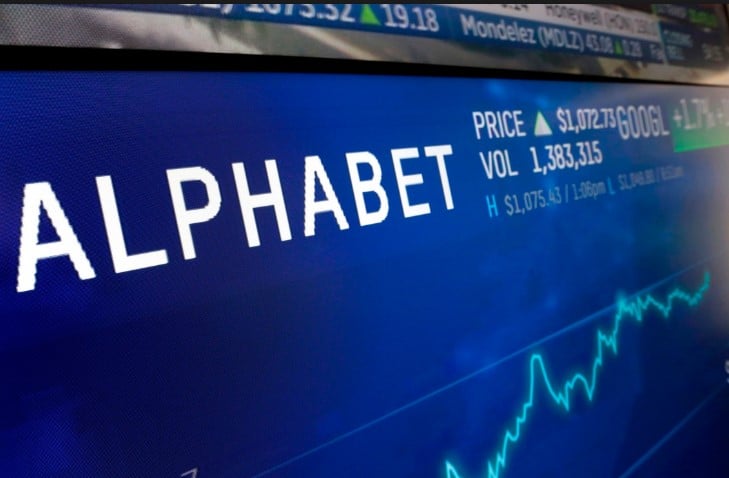 Reservation is the order of the day

The US indices have once again reached new record highs. But investors in Asia and Europe don’t want to be infected by the happy mood on Wall Street.

The Dax is trending slightly downward in early business. The broker IG currently rates the 30 German blue chips at 12,390 points – a minus of 0.2 per cent. The Japanese stock market is also lower at the beginning of the week. Shortly before the close of trading in Tokyo, the Nikkei lost 0.4 per cent.

US Indices with Alphabet Boost

The specifications from Wall Street are almost perfect. Both the S&P 500 and the Nasdaq 100 continued their latest record run on Friday.

The strong figures of Google’s parent company Alphabet were a source of enthusiasm. The technology selection index Nasdaq 100 advanced by 1.1 per cent to 8,017 points. The market-wide S&P 500 climbed by 0.7 per cent to 3,026 points.

The market is eagerly awaiting the US Federal Reserve’s meeting. It has already been agreed that the Fed will cut interest rates on Wednesday evening. According to the CME Group’s Fed Watch Tool, the market expects a 100 per cent interest rate cut.

Only the extent is still controversial: 79.1 per cent expect the current key interest rate to be cut by 25 basis points to between 2.0 and 2.25 per cent. 20.9 per cent assume a step of 50 basis points.

Recently, surprisingly robust economic data had come from the USA. Quite a few market observers are therefore wondering whether the Fed’s planned interest rate cut is really necessary – or whether the Fed only wants to satisfy the eternally nagging US President.

The Dollar is trending slightly lower in the run-up to the Fed’s decision. The euro is currently valued at 1.1127 dollars in Asian business.

Oil prices are continuing their losses on Friday. The price for the North Sea variety Brent is currently falling by 0.4 per cent. The tensions in the oil-rich region of the Persian Gulf remain a determining issue. Great Britain has sent another warship to the region to protect the passage of oil tankers through the Strait of Hormus, which is important for the oil trade.

After the price slide of the previous week, the gold price continues to gain ground and is up by 0.1 per cent to 1,420 dollars per troy ounce at the hour.

At the medical technology group Siemens Healthineers, problems in the diagnostics business continued in the third quarter. The high start-up costs for the new Atellica laboratory system slowed growth. Adjusted operating profit (EBIT) increased slightly by 3 per cent to EUR 543 million. This was slightly below analysts’ expectations. The much-noticed adjusted operating margin fell by 0.8 percentage points to 15.2 per cent. This is where the problems with Atellica came through. Sales rose by 8 per cent to just under 3.6 billion euros, driven by sound business with imaging diagnostics. Profit rose by one fifth to 353 million euros.

For stock market newcomer Traton things are going really well
The Volkswagen commercial vehicle subsidiary Traton, which went public a month ago, grew strongly in the first half of the year. Due to good business with trucks and buses in Europe and Brazil, sales climbed by seven per cent to 13.5 billion euros, as the group with the MAN and Scania brands announced on Monday in Munich. Excluding the sale of a part of the company, the figure was even ten per cent.

The operating result increased by 25 per cent to 1.1 billion euros. The return on sales thus rose to 7.9 per cent from 6.8 per cent a year ago. “For the rest of the year, we remain confident despite the further deterioration in economic indicators and are reaffirming our annual targets,” explained CFO Christian Schulz.

The Brexit confusion and a fierce price war in Germany have caused Europe’s largest low-cost airline Ryanair to suffer a slump in profits in the first quarter. And there’s probably no improvement in sight at the moment.

In the months from April to June, the Irish company earned 243 million euros, 21 per cent less than a year earlier. The number of passengers and turnover each increased by eleven per cent. However, this was only possible because Ryanair reduced ticket prices by an average of six per cent. The decline was offset by additional revenues, for example for seats available as desired.

However, increased costs for fuel, airport taxes and personnel were a drain on profits. In particular, the continually growing range of low-cost flights in Germany makes it increasingly difficult for providers to increase profits. The flight ban on Boeing’s medium-range 737 MAX jet, the delivery of which is expected to be significantly delayed, will also cause Easyjet’s rival some problems.

A glance at the share price shows that investors are now worried about Ryanair’s business model. In August 2017, the titles had quoted at their record high of more than 19 euros. At the moment, they can already be deposited for around ten euros.

And the current outlook does not promise anything good: Ryanair CEO Michael O’Leary has now cut the expectations for passenger growth even further. In the current financial year until the end of March 2020, he now expects more than 152 million passengers, about one million less than last year.

The US analysis firm Bernstein Research has carried out an initial analysis of the quarterly figures and leaves the rating for Ryanair at “Market Perform” with a price target of 10.00 euros. The Irish no-frills airline surprised the net profit positively and stuck to its objectives of what should support the stocks, wrote analyst Daniel Roeska. In Europe, however, the price environment for short-haul holiday flights is still tricky.

The French pharmaceutical group Sanofi continued its good start to the year in the second quarter. The Group raised its outlook for the full year. Sanofi now expects adjusted earnings per share to increase by five per cent in constant currencies.

In the second quarter, both sales and earnings per share significantly exceeded analysts’ expectations. In particular, sales of Dupixent, a treatment for skin diseases (atopic dermatitis) and asthma, were better than expected in the US, as CEO Olivier Brandicourt explained.

Will Pfizer get rid of his Viagra business?

The pharmaceutical company wants to sell its business with Viagra and other off-patent drugs to its smaller competitor Mylan. In return, Pfizer will get a majority stake in the newly formed generic company, the Wall Street Journal and Bloomberg reported, citing people familiar with the business.

The transaction could be announced as early as Monday. Pfizer is to receive 60 per cent of the shares in the enlarged Mylan. Mylan brings it to almost 10 billion dollars on the stock exchange, Pfizer is worth 240 billion dollars.