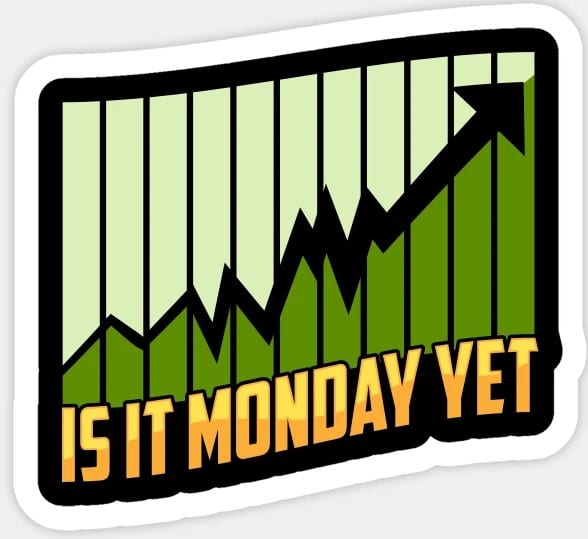 After the sell-off on “Black Friday”, investors on Wall Street piled in at lower levels today. However, the DAX was unable to keep up on the Frankfurt Stock Exchange.

Shares of vaccine manufacturers were in particular demand, which shows that the new Omikron variant was also very much a topic in New York. Moderna shares rose by almost ten per cent. Shares of the short message service Twitter were also in the spotlight, which initially rose but turned further and further into the red in the day. The reason for the movement is the resignation of the company boss and co-founder, Jack Dorsey. Dorsey’s successor is to be the former head of technology, Parag Agrawal. Most recently, Dorsey led Twitter and the Square payment service simultaneously – a double burden that had triggered concerns among some investors.

Stockbrokers are now betting that the impact of the newly discovered Omikron variant of the coronavirus will be less than initially feared. Initial reports from South Africa at least show that there have hardly been any severe cases of Omikron infection there so far.

Investors no longer seemed to view the threat posed by the new virus variant quite so dramatically and regarded Friday’s markdowns as exaggerated. Experts from South Africa, where the first cases had become public, had so far noted comparatively mild symptoms in patients who had contracted the virus. In addition, the newly emerged virus variant could cause the US Federal Reserve to backtrack in its initiated tightening process out of concern for the economy.

Investors in the Far East are worried about massive restrictions to contain the new mutant Omikron coronavirus, jeopardising a global economic recovery.

The European stock exchanges recovered in Monday trading. The EuroSTOXX 50 was able to hold its early gains and finally went into the evening with a plus of 0.49 per cent at 4,109.51 points.

The DAX started with strong gains but gave most of these back again in the further course of trading. In the end, only a small gain of 0.16 per cent to 15,280.86 points was recorded on the price board. In contrast, the TecDAX was able to improve in trading after it had already started with a clear gain. In the evening it closed 0.55 per cent stronger at 3,842.93 units.

Europe’s stock exchanges thus recovered somewhat after plummeting rapidly on Friday in the wake of the Omikron shock. However, the significance of the new corona variant Omikron has overestimated: “The real enemy of investors is inflation”, commented one trader. The speeches by ECB chief Christine Lagarde and Fed Chairman Jerome Powell in the USA in the evening were therefore eagerly awaited.

The forex market picked up some momentum today after Thursday and Friday trading was very quiet due to the Thanksgiving holiday in the US. In the process, the euro rate fell slightly to 1.1271 US dollars.

In the oil market, investor restraint was much less pronounced than the equity market: oil prices are rising strongly, even if they are only making up some of the massive losses of last Friday. There was talk on the market of a tendency to calm down after prices had come under strong pressure on Friday. In the evening, a barrel of North Sea Brent cost 74.79 US dollars, 2.07 dollars more than on Friday. A barrel of American West Texas Intermediate rose up by 2.65 dollars to 70.80 dollars.

Gold hovered around the same level as Friday but ultimately closed down $5 at $1,785 a troy ounce.

The cryptocurrency market continued to recover, and especially altcoins have been rising quite strongly. Bitcoin remained stable at around $57,300, while Ethereum took the helm for alts and climbed 3.2 per cent to $4,460. Similarly, Binance Coin rose 2.2 per cent to $623, XRP increased by 3.4 per cent to $1, and Solana moved 1.2 per cent higher to $203. The most significant increase for top 20 coins and tokens was seen for Shiba Inu, shooting up 28.8 per cent.

Economic sentiment in the eurozone declined in November, almost entirely due to weaker consumer confidence. The composite economic sentiment index published by the European Commission fell to 117.5 points from 118.6 in the previous month. Economists had expected such a decline in the index. The indicator calculated for the entire European Union (EU) fell to 116.5 points from 117.8.

Inflation in Germany leapt in November, reaching the five per cent mark for the first time in about 29 years. According to preliminary data from the Federal Statistical Office, consumer prices rose by 5.2 per cent compared to the same month last year. The last time the Wiesbaden-based authority measured a five before the decimal point in the inflation rate was in September 1992, during the reunification boom, when the rate was 5.0 per cent. In October of the current year, the rate was 4.5 per cent.