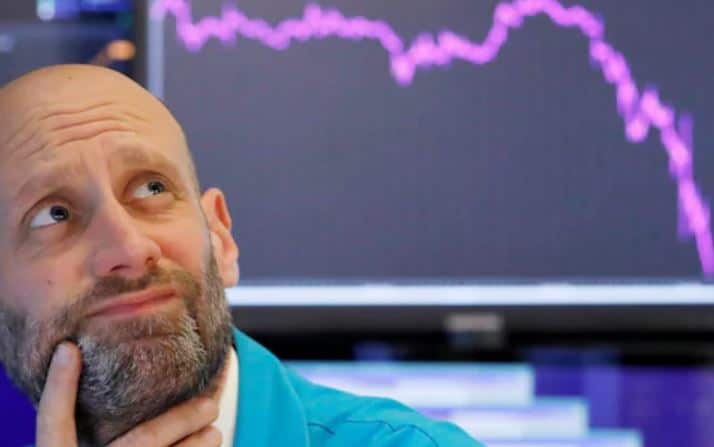 A little bit of hope?

At the weekend, the corona crisis intensified further. US President Donald Trump prepared the Americans for dramatic casualty figures. If we succeed in limiting the death toll to 100,000, “then we have all done a good job together,” he said on Sunday.

According to the International Monetary Fund (IMF), the global economy is already in recession due to the coronavirus pandemic. The economy in the USA and other rich countries is already shrinking, said IMF head Kristalina Georgieva on Friday. Georgieva warned that the global economy would experience a “severe” recession this year because of the virus. The industrialized nations organization OECD also expects a slowdown in many economies because of the corona crisis.

Nevertheless, in Italy, official figures indicate a significant decrease in new cases. The Ministry of Civil Protection reports 101,739 cases, an increase of 4,050 – the lowest figure since 17th March. On Sunday, 5,217 new cases had been reported. However, the number of deaths on Monday rose by 812 to 11,591, still the highest number worldwide. A World Health Organization expert said shortly before the figures were released that the situation in Italy could soon stabilize. The cases registered today reflect the status of two weeks ago.

The current fluctuations in the market are still not for the faint of heart. In addition to the economic burdens associated with the coronavirus, it is uncertain to what extent the central banks will provide growth aid by further easing measures. Besides, the collapse of the oil price is viewed with concern.

Investors are therefore advised to prepare themselves for further high volatility.

Although the USA is increasingly becoming the new epicentre of the pandemic and the economic consequences of the whole thing are incalculable, optimism could be felt on Wall Street on Monday.

The US leading index Dow Jones 30 Industrial was slightly firmer at the start of trading and, after a brief excursion into negative territory, consolidated on green territory. It even left the 22,000 point mark behind. In the end, it moved 3.18 per cent higher at 22,325.10 digits. The technology-heavy NASDAQ Composite opened the new week with gains and remained in the black afterwards. In the end, a plus of 3.62 per cent to 7,774.15 points remained on the price board.

At the beginning of the week, the European stock exchanges changed their omens several times, but in the end, Europe’s stock markets were able to gain.

The EuroSTOXX 50 was able to record a profit at the start of trading but then slipped into the red. In the early afternoon, it climbed back onto green territory and ultimately gained 1.35 per cent to 2,765.62 index points.

The Dax, which plummeted after a friendly opening, rebounded in the afternoon – and finally closed at 9,815 points, not only a clear plus but even at its high for the day. It was a daily gain of 1.9 per cent, with a fluctuation margin of around 400 points.

The euro has so far weakened considerably on Monday. In the late afternoon, one euro cost 1.1020 dollars, in the morning it had been 1.1075 dollars. The dollar is not only rising against the euro, but also against many other currencies. The European Central Bank (ECB) set the reference rate at 1.1034 (Friday: 1.0977) US dollars.

The British pound was under pressure on the markets. In addition to the consequences of the spread of the coronavirus, the British national currency was burdened by the downgrading of the credit rating by the Fitch rating agency. On Friday evening Fitch lowered the rating for the Kingdom by one notch. The experts set the outlook to “negative”. Thus, a further downgrade is possible in the coming months.

The South African rand also suffered price losses after the country lost its last quality rating by a major rating agency on Friday. The national currency, the rand, fell to a record low against the dollar. One dollar costs more than 18 rands for the first time.

Oil prices are still in free fall. The North Sea variety Brent is slipping by almost ten per cent on Monday, and at just over 22 dollars a barrel is as cheap as it was last in 2002, while US oil WTI is about five per cent cheaper and is struggling to reach the 20 dollars a barrel mark. That is only just above its 18-year low from last week.

Crude oil is suffering from the price war in Saudi Arabia and Russia, which are turning the oil tap all the way up despite lower demand. Above all, the demand shock caused by the coronavirus is causing the oil prices to suffer. Experts expect the pandemic to reduce the demand for crude oil by about 20 per cent.

The troy ounce of gold traded in London in the afternoon at $1621. That was about one dollar less than on Friday.

After another significant decline in cryptocurrency values, most major digital assets were able to recover on Monday. Bitcoin gained over 9 per cent to $6,400, Ethereum rose by 6.2 per cent to $133, and XRP increased over 5 per cent to $0.1720.

EU Commission President Ursula von der Leyen has made cautious comments about so-called corona bonds, thereby causing trouble in Italy. Prime Minister Giuseppe Conte, who is calling for the European Union to take on debt jointly, reacted with anger. He would fight until the end of his powers for a strong joint response to the corona crisis, he said over the weekend. The EU Commission then made it clear that all options remained on the table, provided the EU treaties allowed them.

While most companies are currently having to shoulder massive slumps in sales and earnings due to the coronavirus pandemic, business is booming for cookware mail-order companies.

For the months January to March, the Berlin-based company is expecting sales of 685 to 710 million euros and an adjusted operating result (EBITDA) of 55 to 75 million euros. Both figures are significantly higher than expected by market observers, according to an ad hoc announcement by HelloFresh.

HelloFresh maintains the forecast issued at the beginning of March. The consequences of the corona crisis are not “reliably quantifiable”, neither for the global economy nor for the company itself. According to the forecast, the target for 2020 remains to grow by 22 to 27 per cent in constant currency and to achieve an adjusted EBITDA margin of 4.0 to 5.5 per cent.