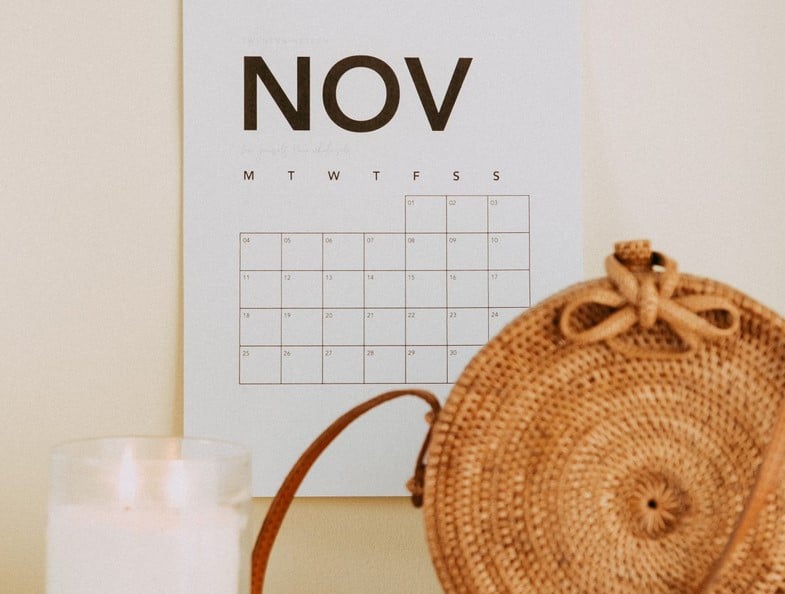 November, a month to remember

Although most of the indices were down slightly today, November turned out to be a very profitable month on the stock market. The bulls on the stock market-focused entirely on the progress of the vaccine and pushed the markets higher and higher, in some places to new all-time-highs.

The latest advances made by vaccine manufacturers are driving the imagination of traders, and of course, no investor wants to and cannot take the risk of missing the moving train. Today, the US manufacturer Moderna caused a stir with its statement that it now intends to apply for approval of its vaccine in Europe. It was the fourth Monday in a row with positive news about the vaccine race.

Still, no relaxation of the COVID-situation can be observed. The number of new corona infections remains at a high level in many places, and governments, for example, in Europe, continue to maintain their lockdown measures. The effects are still difficult to estimate. The fact remains that at least the restaurant, leisure and travel industries have been hit hard and many livelihoods are being ruined. A perfect scenario for large companies to eliminate competitors once and for all.

Wall Street opened the trading week slightly in the red. The Dow Jones opened with a small loss and ultimately closed 0.91 per cent to 29,638.64 points was on the board. The tech-index NASDAQ Composite, on the other hand, initially rose but was unable to maintain its positive trend. It ultimately lost 0.06 per cent to 12,198.74 points.

After Wall Street had climbed to new record levels the previous week, investors took a short breather and took profits. Investors are still torn between hopes for the early availability of a corona vaccine and concerns about the current wave of infections.

At the beginning of this new trading week, there was a common direction for the Asian stock exchanges – downwards.

On the last trading day in November, the Asian indices went down. Traders reported that the intention to take profits and reshuffle portfolio before the new month was very evident. However, in addition to the ongoing corona crisis and optimistic vaccine news, the market lacked momentum.

On the European stock exchanges, investors held back at the start of the week. The EuroSTOXX 50 had opened weaker, then temporarily moved into positive territory before falling back again. At the end of trading, the share price fell by 0.58 per cent to 3,507.48 index points.

Although the Dax 30 finally went 0.33 per cent lower to 13,291.16 units, the index remains at a high level as investors continue to bet on the success of the Covid vaccines. This made November a great success for investors. The TecDAX climbed 0.58 per cent higher to 3,146.59 points.

In the past month, the leading German index rose by 15 per cent, more than ever before in November in its 30-year history. The MDax for mid-sized companies and the SDax for small and medium-sized companies even set new records today at 29,674 and 13,933 points respectively.

The euro interrupted its recent rally on the Forex market on Monday for the time being. At its peak, the common currency, the euro, made it above the 1.20 US dollar mark for the first time since the beginning of September, but above this mark, the tailwind was lost immediately. Most recently, the euro was traded for 1.1947 US dollars.

Oil prices fell on Monday. Market observers referred to media reports of disagreement in the OPEC+ oil association. After a sharp drop in the morning quotations, losses were significantly contained until the end of the day. North Sea grade Brent cost 47.72 US dollars, 46 cents less than on Friday. The price of US West Texas Intermediate (WTI) fell by 33 cents to 44.20 US dollars. In early European trading, oil prices were still down by more than one dollar at a time. According to reports, the oil association OPEC+ was unable to agree on a short-term production policy during an informal meeting at the weekend. On this Monday and Tuesday, the discussions are to be continued in an official round.

Meanwhile, gold continued to fall back, trading at $1.782 above the daily low of $1.765 per troy ounce, but still about 0.4 per cent weaker than on Friday. It is the lowest level in four months. Nevertheless, from a technical chart point of view, the precious metal is looking northwards again as the important mark at $1.775 was defended on the daily chart.

Today it happened in the digital currency market: the Bitcoin reached with $19,808 a new all-time high and undoubtedly heralds thereby the bull market for cryptocurrencies. For weeks Bitcoin and co have been in a constant upward trend, similarly as is the case in the stock market, reaching a new all-time high however is an enormously bullish indication. Also, the abrupt countermovement after reaching the new high was textbook-like, but Bitcoin remained on a high level of over $19,500, a 5.5 per cent increase on the daily. Ethereum also grew 5.6 per cent to $610, while XRP performed even better with an 8.6 per cent gain to $0.6660.

In China, the state purchasing managers’ index for industry rose to 52.1 points (October: 51.4), as the government announced in Beijing this morning.

The mood among purchasing managers from the Chicago area (USA) clouded over more than expected in November. The indicator fell to 58.2 points, according to the Association of Chicago Purchasing Managers. In October the index stood at 61.1 points. Economists had only expected a decline to 59.1 points.

For the first time in months, the proportion of companies with short-time working has increased amid the partial lockdown in Germany. It rose to 28.0 per cent in November after 24.8 per cent in October, as the Munich-based Ifo Institute announced on Monday in its survey of 7,000 companies. Hotels, in particular, saw their share rise significantly, from 62.9 to 91 per cent. In the restaurant trade, the proportion of short-time working companies rose from 53.4 to 71.7 per cent, and in travel agencies and tour operators from 88.0 to 91.1 per cent. “It is precisely in these sectors, which have been massively affected by the partial lockdown, that a great deal of short-time work is again being used,” said Ifo labour market expert Sebastian Link.

In Italy, the downward trend in inflation continued to weaken in November. The consumer prices (HICP), calculated according to the European method, fell by 0.3 per cent compared to the same month last year, the statistics office Istat announced on Monday in Rome after an initial estimate. In October, the inflation rate had still been at minus 0.6 per cent and in September at minus 1.0 per cent. On a monthly comparison, consumer prices stagnated in November. Price development remains weak, which is also a consequence of the corona pandemic.

Fed extends some corona aid until the end of March 2021

Because of the second wave of the pandemic, which is spreading rapidly, the US Federal Reserve has extended some important emergency programs to supply the economy with money.

These are now to be continued until the end of March 2021 instead of expiring at the end of 2020, the Federal Reserve announced on Monday. These include the Commercial Paper Liquidity Facility, a program to buy up short-term corporate bonds to support the flow of credit to companies. But also a program to provide liquidity to money market funds and another to support smaller companies are part of it.

The extended programs are not among the five Fed aid programs that Treasury Secretary Steven Mnuchin recently withdrew support from and which are now scheduled to expire at the end of the year. The decision was met with criticism within the Fed. The programs could have provided support for some time, said Charles Evans, head of the regional Chicago Federal Reserve Bank, recently commenting on the decision.

A hearing of Federal Reserve Chairman Jerome Powell and Secretary of the Treasury Steven Mnuchin in the Banking Committee of the US Senate is scheduled for Tuesday. The issue at stake is the government’s billion-dollar support measures for the economy and private households, the so-called Cares Act (Coronavirus Aid, Relief, and Economic Security Act), which the government of US President Donald Trump passed in the spring.