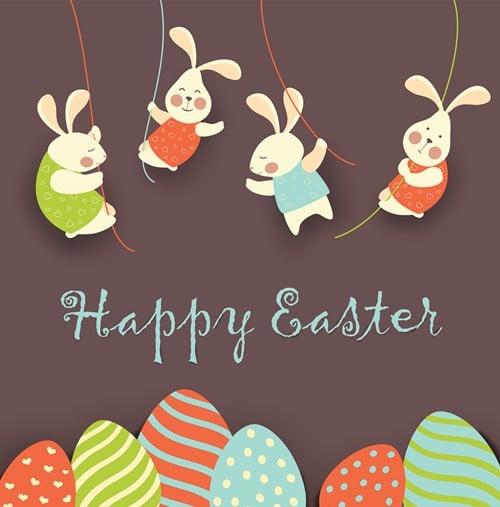 Driven by the prospect of President Joe Biden’s multi-billion dollar economic stimulus programme and the increasing success of vaccinations, the American stock markets in New York picked up speed on Maundy Thursday. Technology stocks, in particular, continued their recent rally after recently being overshadowed by the standard share indices and cyclical stocks.

Falling bond yields also supported the Nasdaq Composite index. Yields on the ten-year US government bond fell to 1.68 per cent after recently reaching an interim high of 1.77 per cent. Market observers said that with the infrastructure package announced by Joe Biden, the US president’s further measures are now known. The basic features and the approximate scope are within the previously known framework. Fears of interest rates and inflation have thus been pushed back but remain looming over the market despite all the current economic euphoria.

Wall Street was once again in a record mood today.

Although the Dow Jones index was unable to keep up with the gains in tech stocks and the S&P 500, it also rose by around half a per cent to 33,153 points. The Nasdaq Composite Index closed 1.7 per cent higher at 13,480 points, while the Nasdaq 100 selection index even advanced 1.8 per cent to 13,329 points. Today, the New York Stock Exchange was outshone by the broad-based S&P 500 index, which broke the 4,000-point barrier for the first time, advancing 1.1 per cent to 4,019 points. The benchmark index marked its record high just above 4,020 points.

Europe’s stock markets looked friendly once again, with some indices reaching new all-time highs. On an overall friendly trading day, the Eurostoxx 50 gained 0.68 per cent to 3.945.96.

The DAX opened the last trading day before the long weekend higher and climbed to a new record high of 15,110.92 points. In the end, an increase of 0.66 per cent to 15,107.17 points remained on the price board. The TecDAX also recorded strong gains after it had already risen at the start. It exited trading 1.43 per cent higher at 3,443.66 points.

After quiet trading the previous day, the DAX was able to break its previous record of 15,029.70 points before the Easter weekend. In the first quarter, the German benchmark index posted a gain of a good nine per cent. Among other things, the two trillion dollar infrastructure plan published by US President Joe Biden is likely to have had a supporting effect.

In addition, despite the pandemic, the mood in the industry in the eurozone is as good as it has ever been.

The euro was able to stabilise further on the foreign exchange market today. On the previous day, the euro exchange rate was trading at close to 1.17 US dollars, the lowest level since November. Today, a slight recovery set in and the last price paid for the common currency was 1.1771 US dollars. The common currency was supported above all by strong economic data from the eurozone.

After months of sticking to a production limit, the oil alliance OPEC+ is cautiously changing course. For May, June and July, the 23-nation OPEC+ oil alliance will increase production despite the corona crisis’s uncertainties, the countries’ energy ministers agreed at an online conference on Thursday. In May and June, 350,000 barrels (159 litres each) more per day are to be put on the market than at present. In July, the increase should be 450,000 barrels per day, the Kazakh energy ministry announced. Oil prices rose on Thursday despite the increase in production. After the prices had risen strongly at times during the course of trading, the price gains were considerably lower at the trading close. Brent Norseeoel cost 45 cents more today, at 63.19 US dollars. US West Texas Intermediate (WTI) price rose by 59 cents to 59.75 US dollars per barrel.

Precious metals continued to gain today. With falling bond yields and an accompanying weakening dollar, gold made up further ground after yesterday’s sharp rise. At the close, gold was trading at $1,730 an ounce, $22 more than the previous day. Silver also gained further and is currently trading just below the $25 mark.

Altcoins are finally catching up on Bitcoin’s overall market dominance, pushing it lower to under 58 per cent at present. Nevertheless, Bitcoin held stable at $59,000, while Ethereum picked up steam and gained another 3.3 per cent to $1,975 and Binance Coin shooting up another 12 per cent to $337. XRP held steady at around $0.58, Polkadot grew 4.6 per cent to $38.18, and the controversial cryptocurrency Dogecoin gained 16 per cent to $0.06.

Sentiment in China‘s industry surprisingly cooled further in March. The Purchasing Managers’ Index published by the Chinese business magazine Caixin on Thursday stood at 50.6 points last month, down 0.3 points compared to the previous month. Analysts had expected a brightening of sentiment and an average of 51.4 points. The last time sentiment was worse was in April 2020.

The mood in Japan‘s large-scale industry’s management floors has brightened surprisingly significantly after the severe slumps due to the Corona crisis. According to a quarterly Tankan survey of around 10,000 companies in the country published by the Bank of Japan on Thursday, the sentiment index for large manufacturing companies rose from minus 10 to plus five as of March. This is the first time in six quarters that the optimists in the industry are in the majority. Many economists in Tokyo had expected a further improvement in sentiment, but not as marked.

Germany‘s retail sector increased its sales again in February after two very weak previous months. In real terms (price-adjusted), revenues were 1.2 per cent above the level of January, as the Federal Statistical Office reported in Wiesbaden on Thursday. In the two previous months, sales had fallen sharply due to sharp Corona restrictions. Compared to February 2020, sales were 9.0 per cent lower.

The eurozone industrial sector recorded its strongest growth in March since the survey began almost 24 years ago. According to the IHS Markit Institute, this was signalled by the final Purchasing Managers’ Index (PMI) for the sector, which rose from 57.9 to 62.5 points.

The number of initial US unemployment insurance benefit claims increased in the week ending 27 March, contrary to expectations.

Compared to claims in the previous week, the number rose by 61,000 to 719,000, according to the US Department of Labour in Washington. Economists surveyed by Dow Jones Newswires had predicted a decline to 675,000.

Activity in the US industry increased in March compared to the previous month. IHS Markit’s Purchasing Managers’ Index for the sector rose to 59.1 from 58.6. Economists had expected a reading of 61.7.