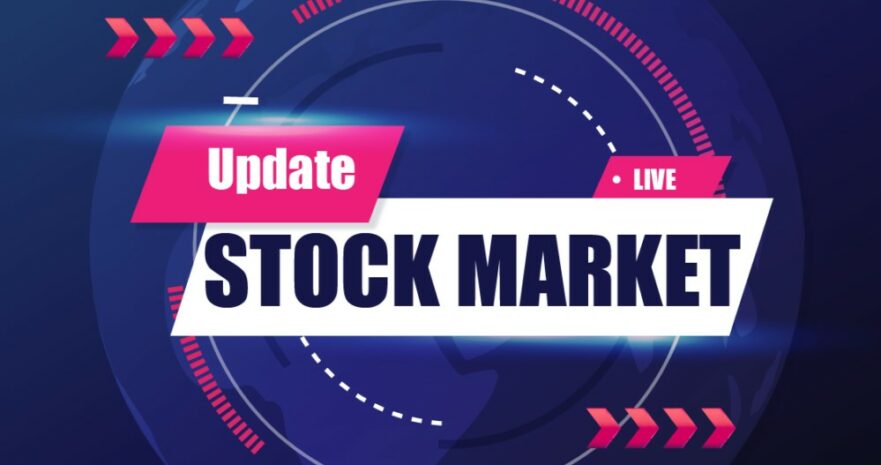 After a phenomenal first half of the year, it will be interesting to see whether investors remain in a buying mood. Whether the markets continue to go up in July will probably depend, among other things, on how the corona crisis develops.

In Europe, propaganda about the allegedly even more contagious Delta variant has already begun, and the population is being programmed for an upcoming “4th wave”. Even the WHO is already joining in and warning of a new wave of infection. This could put the brakes on the upswing in the European and global economies, which has just regained momentum and spread uncertainty again – not to mention the devastating consequences that any new lockdowns would bring.

The second factor of uncertainty is the Fed’s monetary policy. If inflation continues to rise, the Fed would come under pressure and would have to raise interest rates again – faster than it would like. How strongly the labour market recovers will also be decisive. Investors are eagerly awaiting the official jobs data, which will be released tomorrow.

Economists expect 700,000 new jobs outside US agriculture. If the figures turn out to be much better than expected, speculation about an imminent tightening of US monetary policy could boil up again.

The US stock markets on Wall Street posted slight gains on Thursday.

The Dow Jones went into the evening with a plus of 0.38 per cent at 34,633.27 points. The NASDAQ Composite traded in red territory for a long time but managed to jump into the profit zone late in the day and closed with a slight gain of 0.13 per cent at 14,522.38 index points.

While the number of applications for US unemployment benefits fell to a new low on the economic side, Walgreens Boots Alliance’s was in the focus of investors with its figures on the corporate side. In addition, attention is focused on the US doughnut chain Krispy Kreme, which clearly missed its IPO target, but whose shares nevertheless closed with gains.

The Asian stock markets closed ultimately weaker on Thursday. In Tokyo, the Japanese benchmark index Nikkei closed with a minus of 0.29 per cent at 28,707.04 index points, while mainland China’s Shanghai Composite index finished 0.07 per cent lower at 3,588.78 units. In Hong Kong, the stock market was closed for a public holiday. It thus remained at its Wednesday close of 28,827.95 points.

According to market observers, concerns about a further spread of the delta variant weighed on sentiment, but profit-taking was not ruled out either. In China, weak economic data also weighed on prices as the Caixin manufacturing purchasing managers’ index for June fell to a three-month low. In Japan, on the other hand, the mood in the managerial floors of large-scale industry brightened, as shown by the Tankan survey of the Japanese central bank.

The European stock markets were friendly on Thursday. The EuroSTOXX 50 ended the session with a gain of 0.36 per cent at 4,078.89 index units.

On the economic side, the focus today was on German retail sales, which rose sharply in May, as well as the sentiment barometers of German and European purchasing managers. Sentiment among industrial companies in the eurozone once again reached a record high in June. In addition, stock market participants also focused on the OPEC+ meeting and corona news.

The euro recovered somewhat from its slide to its lowest level in almost three months on the foreign exchange market. The common currency had fallen to 1.1838 US dollars in early trading. In the evening, the euro settled again at around 1.1850 US dollars. Robust economic data from the eurozone supported the euro. Despite supply bottlenecks, German industry grew more strongly in June.

For the time being, the oil cartel OPEC and its partner countries have not been able to agree on a strategy to expand production volumes. Therefore, the online negotiations of the so-called OPEC+ will continue on Friday afternoon, as the OPEC Secretariat in Vienna announced after the first day of talks on Thursday evening. Nevertheless, oil prices rose, with Brent up more than a dollar to $75.88 a barrel, while US West Texas Intermediate gained around $1.70 to reach 75.17 US dollars.

The prices of precious metals fluctuated in known ranges. Gold ultimately climbed by $6 to $1,775 per troy ounce.

Cryptocurrencies came under some pressure today, and only a selected few digital assets managed to show positive signs. Bitcoin lost 3.9 per cent to $33,500, while Ethereum even dropped 6 per cent to $2,130. Cardano and XRP declined by around 4 per cent to $0.6650 and $1.34, respectively, while XDC (XinFin) was the biggest gainer among the top cryptos, rising 14 per cent to $0.09. The still widely unknown cryptocurrency is gaining traction after a Corda (R3) developer came out speaking very positively about this token.

The mood in the management floors of Japan‘s large-scale industry has brightened further after the severe slumps due to the Corona pandemic. According to the quarterly Tankan survey of around 10,000 companies published by the Japanese central bank on Thursday, the sentiment index for large manufacturing companies improved from plus 5 to 14 in June.

Sentiment among small and medium-sized industrial enterprises in China fell more than expected. However, as the purchasing managers’ index calculated by the business magazine “Caixin” remained above the threshold of 50 points, it points to further growth in the sector, as did the government indicator published the previous day. The “Caixin” index fell 0.7 points to 51.3 in June, the magazine said in Beijing. Economists surveyed by Bloomberg had on average expected only a minimal decline to 51.9 points.

The easing of lockdown restrictions boosted sales in the German retail sector strongly in May. According to the Federal Statistical Office, sales grew by 4.2 per cent after deducting inflation compared to the previous month. Economists surveyed by Dow Jones Newswires had forecast an increase of 4.0 per cent.

The eurozone industrial sector grew at a new record rate for the fourth month in a row in June. The Purchasing Managers’ Index (PMI) for the sector rose to 63.4 points from 63.1 in the previous month, according to a second release by the IHS Markit Institute. The first release showed a reading of 63.1 points.

The numbers of initial claims for US unemployment benefits declined more than expected in the week ending 26 June. As reported by the US Department of Labour in Washington, the number of claims fell by 51,000 to 364,000 on a seasonally adjusted basis compared to the previous week. This is the lowest level since the week ending 14 March 2020 and marks a new pandemic low.