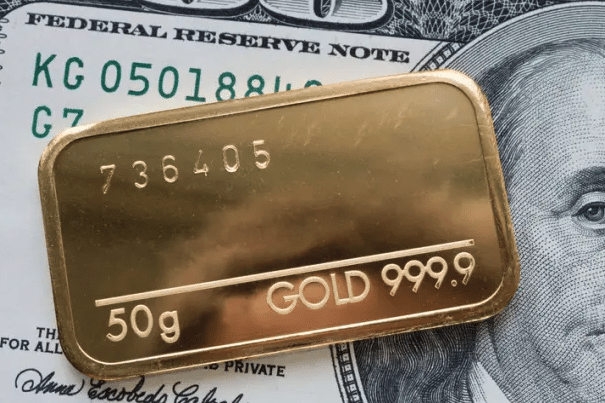 The big question on the market remains whether the US Fed will soon start tapering. Tomorrow could give a clearer indication of how far away we are from that. That is when the latest American labour market data will be published. If they turn out better than expected, the pressure on the Fed to stop the ultra-loose monetary policy and reduce the bond purchases is likely to increase. This so-called “tapering” would be poison for the stock markets, and tech stocks, in particular, would come under pressure.

However, if significantly fewer new jobs are created than forecast, the US Federal Reserve is likely to keep the money floodgates wide open. That is what it looks like at the moment. The sobering data from the private employment agency ADP could be a harbinger of rather weak August figures from the official labour market. Suppose the official data for August develop similarly to the ADP figures. In that case, the Fed will refrain from sending any signals in the direction of curbing its securities purchases until the labour market is back on track, investment experts suspect.

Today, the stock market world was still in order – especially in the USA, where new records continue to be celebrated.

The Dow Jones posted small gains at the start of trading on Thursday, which it was able to hold until the end. The Dow Jones ended the day 0.37 per cent higher at 35,443.62 units. The NASDAQ Composite also opened firmer, then fell back to the flat line and ultimately exited the session up 0.14 per cent at 15,331.18 index points.

Most investors continued to wait for the labour market data tomorrow (Friday). A first insight into the labour market development had already been provided by the ADP report on Wednesday, which turned out worse than expected. Analysts are also concerned that the spread of the delta could slowly slow down the economic recovery. Another focus remained on the US Federal Reserve and the decision on when bond purchases will be reduced.

The Asian stock markets were also on the rise on Thursday. The Japanese benchmark index Nikkei rose by 0.33 per cent to 28,543.51 points when the closing bell sounded. In mainland China, the Shanghai Composite exited 0.84 per cent higher at 3,597 index units, while Hong Kong’s Hang Seng ended 0.24 per cent higher at 26,090.43 points.

In China, investors were hoping for further increases in monetary and fiscal support, according to KGI Securities. According to the government, 300 billion yuan will be spent this year supporting small businesses and keeping economic growth within reasonable limits.

The European markets also went up in small steps. The EuroSTOXX 50 started somewhat lower but was then able to quickly change the sign and finally exited trading with a plus of 0.11 per cent at 4,232.10 units.

The DAX opened almost unchanged and subsequently only moved in a narrow range around the zero lines. In the end, the leading German index ended the session 0.1 per cent higher at 15,840.59 index points. The TecDAX was marginally higher at the start of trading and was subsequently able to remain in the profit zone, ending the trading session with a gain of 0.39 per cent to 3,956.12 points.

Before the labour market report on Friday took us to the USA, US economic data was also in the focus of investors today. In particular, the drop in applications for unemployment benefits pointed to a strengthening of the economy.

The euro exchange rate continued Wednesday’s gains on Thursday. Dollar weakness continued to provide a boost. In US foreign exchange trading, the euro rose to 1.1875 US dollars, its highest level since the beginning of August.

Prices also rose on the commodity market. Crude oil prices rose to their highest level since the beginning of August. In the evening, a barrel of North Sea Brent cost 73.35 US dollars, 1.77 dollars more than the previous day. The price of American WTI rose by 1.91 dollars to 70.50 dollars.

Gold hovered in a narrow range again but ultimately fell by $3 to $1,809 per troy ounce.

READ ALSO
Major Markets Event Today: What will the Fed do?

Cryptocurrencies continued to rally before taking a breather. Bitcoin passed the $50,000 mark briefly but ultimately closed 1.5 per cent lower at $48,600, while Ethereum fell 1.4 per cent to $3,744. Cardano had crossed the $3 mark for the first time and was ultimately up 1 per cent to $2.93. Solana continued rallying and was last seen trading up 18 per cent at $133.

The European Labour Market Barometer, the labour market leading indicator of the European Network of Public Employment Services, fell in August for the second month in a row. According to the Institute for Employment Research (IAB), it fell by 0.3 points to 104.3 points compared to the previous month. “The European labour markets continue to be on the road to recovery, but the risks of rising infection figures in the autumn have again dampened the outlook somewhat,” says Enzo Weber, head of the IAB research area. “Forecasts and Macroeconomic Analyses”. The outlook has worsened in several participating countries: In Cyprus, Bulgaria, Switzerland, the Czech Republic, Poland and Flanders, the labour market leading indicator has fallen significantly.