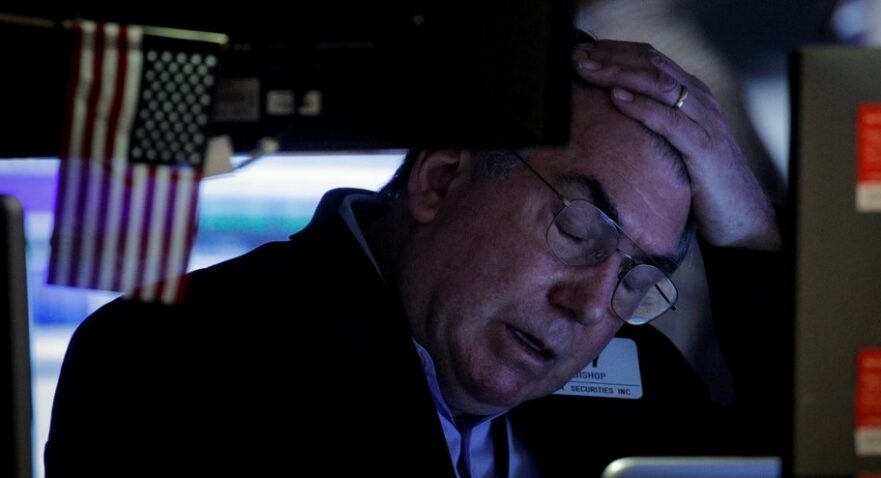 The vexed issue of the corona has once again taken hold of the markets and is unsettling investors. There is still a great deal of uncertainty both about the course of the disease at Omicron and about the effectiveness of the current vaccines and possible new restrictions for companies. And as we know, the stock market fears nothing more than uncertainty.

Therefore, many investors suspect that as long as there is still much unknown around Omicron, it will continue to be up one day and down the next on the stock markets.

Uncertainty prevails among investors as to whether the already firmly calculated major economic recovery “after the crisis” will really come in this form.

After two very weak days on the stock market, Wall Street began a recovery course on Thursday. The first appearance of the virus variant Omicron in the USA had caused a sell-off on the New York stock exchange yesterday. Today, the indices are recovering in a counter-movement, albeit with varying momentum.

Investors apparently expected further turbulence in the stock markets. Meanwhile, analyst Marko Kolanovic of JPMorgan argued that initial reports suggest the Omicron variant could be less lethal than its predecessors. This would be in line with findings from the development of viruses in the past. This could bring an end to the “pandemic” insight, from which risky assets such as equities should benefit.

However, a warning from Apple to its customers, according to which demand for the iPhone 13 is expected to be below expectations, weighed somewhat on the mood.

No clear trend prevailed in Thursday trading in the Far East. The swings in both directions were significantly smaller than recently in the USA and Europe. Reassuring statements about the effectiveness of the existing vaccines with regard to severe courses of the disease and about the mortality rate of the World Health Organization (WHO) eased investors’ concerns somewhat.

Investors on the European stock exchanges were in a selling mood on Thursday. After a weak start, the EuroSTOXX 50 slipped even further and finally went into the evening with a clear minus of 1.70 per cent at 4,108.02 points.

After a fragile opening, the DAX remained deep in the red and closed 1.35 per cent lower at 15,263.11 points. In addition, the TecDAX widened its initial loss considerably and ended the day with a sharp discount of 2.66 per cent at 3,773.22 units.

The current high volatility on the market is an expression of investor nervousness, it was said.

The producer prices published in the morning were also accompanied by much scepticism, as they fuelled inflation fears.

On the foreign exchange market, the euro continued to trade above the 1.13 dollar mark, a level around which it has been hovering for days. The market hardly reacted to new economic data today.

On Thursday, oil prices reacted to additional production expansion by major producing nations with a wild up-and-down ride. After significant discounts at times, prices rose until the early evening. Most recently, a barrel of North Sea Brent cost 69.86 US dollars. This was 99 cents more than the previous day. The barrel price of American West Texas Intermediate oil increased by 98 cents to 66.55 dollars. Market observers attributed the fact that crude oil prices ultimately rose to a loophole left open by the producing countries: if new corona fears prove to be true and impact the oil market, they want to readjust. So the January increase is not set in stone.

Meanwhile, gold fails to live up to its reputation as a safe haven. The price of a troy ounce of gold fell another 0.3 per cent today to 1,777 dollars. Since the omicron variant’s turmoil, the precious yellow metal has lost around 100 dollars.

The overall crypto market moved only sideways today, with some winners and some losers. Bitcoin and Ethereum, for example, lost around 0.5 per cent, while Cardano jumped up 9.5 per cent on the news that their highly anticipated DEX SundaeSwap will launch their test net on 5 December.

Unemployment in the eurozone declined as expected in October. According to Eurostat, the European statistics authority, the unemployment rate fell to 7.3 per cent from 7.4 per cent in September. Economists surveyed by Dow Jones Newswires had forecast such a decline. In the EU-27 as a whole, the unemployment rate was 6.7 per cent, the same as in the previous month.

Industrial producer prices in the eurozone climbed more strongly than expected in October. Prices at the producer level climbed by 5.4 per cent compared to the previous month, as reported by the statistics authority Eurostat. Economists had expected an increase of only 3.8 per cent in their consensus forecasts. Year on year, producer prices were 21.9 per cent higher. The forecast had been for 20.0 per cent.

Initial claims for US unemployment benefits increased weaker than expected in the week ending 27 November. Compared to the previous week, the number rose by 28,000 to 222,000, according to the US Department of Labour in Washington versus 240,000 forecasts by experts.