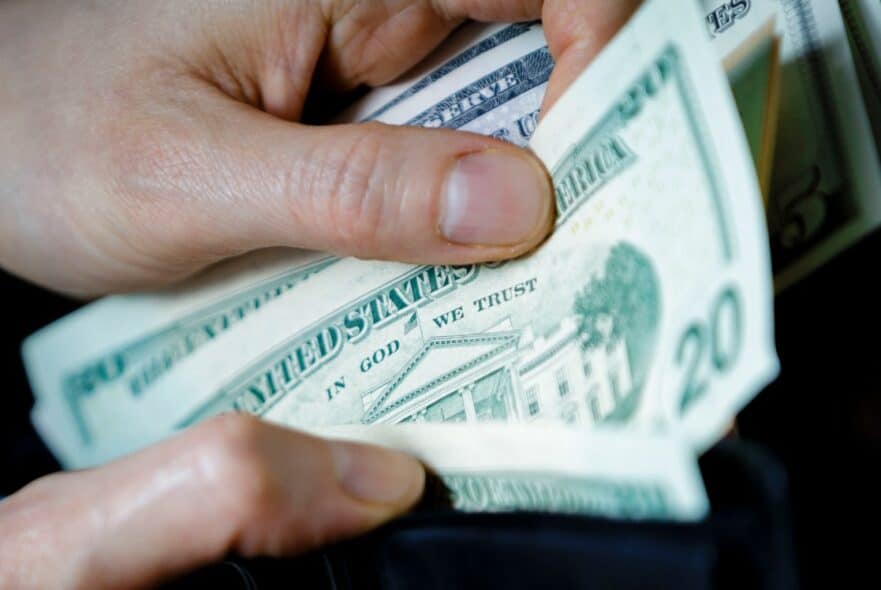 Influential survey data on the US labour market fuelled interest rate concerns again today and weighed particularly on Wall Street and the tech sector. That the losses were not more pronounced was due to President Joe Biden’s revised tax plans.

Corporate taxes could rise less than initially planned. According to insiders, US President Joe Biden does not want to raise corporate taxes up to 28 per cent after all. In the dispute with Republicans over an infrastructure deal, Biden has apparently offered to drop the plan and set a minimum tax of 15 per cent. Investors were pleased. Some market observers stated that the tax issue could turn from a headwind to a tailwind on the stock markets.

For the time being, however, even stronger than expected economic data are causing headwinds. According to data from the ADP, US companies hired more staff than they have in almost a year due to the spring upturn. In addition, the much-watched ISM purchasing managers’ index for the service sector also came in stronger than forecasted.

Wall Street did not make any headway today and even slipped into negative territory in the day. The Dow Jones trended sideways before it ended trading 0.07 per cent lighter at 34,577.04 points. The NASDAQ Composite extended its initial loss and closed 1.03 per cent lower at 13,614.51 points.

Recent economic data signalled good things for the US economy but also heightened investors’ concerns about inflation and interest rates.

Investors are again looking with concern at the momentum of US economic data. The private jobs report from service provider ADP was released, sending strong signals for Friday’s official labour market report. In addition, the much-watched ISM purchasing managers’ index for the service sector also came in strong.

The market said this increased the pressure on the US Federal Reserve to tighten its hitherto extremely loose monetary policy. International trade policy also played a role again. Reference was made that US President Joe Biden is considering a US ban on investments in companies linked to the Chinese military.

At the Asian stock exchanges, things once again went in different directions. The Japanese benchmark index Nikkei gained 0.39 per cent to 29,058.11 points by the closing bell. In mainland China, the Shanghai Composite closed 0.36 per cent lower at 3,584.21 points. The Hang Seng went into the close down 1.13 per cent at 28,966.03 index points.

The Caixin Purchasing Managers’ Index for the service sector in China was slightly worse than expected but remained in expansionary territory. However, investor risk appetite remained subdued ahead of important data from the US, which was not released until well after the close of trading in Asia.

Modestly positive momentum came in early trading from a video conference in which Chinese Vice Premier Liu He and US Treasury Secretary Janet Yellen stressed the importance of the two countries’ economic relationship.

Restraint prevailed on the German stock market on Corpus Christi, which is a public holiday in several federal states. The DAX was able to continue its record chase and closed up 0.19 per cent at 15,632.67 points. In contrast, the TecDAX fell into the loss zone after a friendly start and closed 0.26 per cent lower at 3,354.63 points.

Corporate sentiment in the eurozone brightened considerably in May, as shown by the IHS Markit purchasing managers’ index. The index climbed to its highest level in three years, but this did not noticeably influence investor sentiment today.

The dollar gained strongly on the foreign exchange market after the ADP data, while the euro and other currencies weakened against the greenback. In the late afternoon, the common European currency traded at 1.2135 dollars, almost one cent less than the day’s high.

The ongoing economic recovery and the associated increase in demand drove oil prices at times to their highest level in several years. Brent oil rose to 71.99 US dollars, its highest level in about two years. Most recently, however, the Brent price fell 56 cents to 70.79 dollars. The WTI price dropped by 48 cents to 68.35 dollars. Traders cited the strong US dollar as a negative factor. The American currency rose across the board as a result of robust economic data.

Gold and other precious metals also felt the pressure of the strengthening greenback and dropped significantly. At the sound of the closing bell on the NYSE, the troy ounce was traded for $1,870, a loss of over $30.

Growth in China‘s service sector slowed in May. The Caixin/Markit Purchasing Managers’ Index (PMI) for the services sector fell to 55.1 in May from 56.3 in April.

The upturn in the German economy strengthened in May as expected. The composite index for production in the private sector – industry and service providers combined – surveyed by IHS Markit improved to 56.2 (April: 55.8) points, according to data from the second release.

Economic growth in the eurozone strengthened somewhat more than expected in May. The composite index for production in the private sector – industry and services combined – rose to 57.1 points (April: 53.8), the IHS Markit Institute reported in its second release. Economists had expected confirmation of the first release of 56.9 points.

In the USA, applications for unemployment benefits fell again more significantly than expected in the week ending 29 May 2021. Compared to the previous week, the seasonally adjusted number fell by 20,000 to 385,000, according to the US Department of Labour in Washington. Economists surveyed by Dow Jones Newswires had predicted a drop to 393,000.