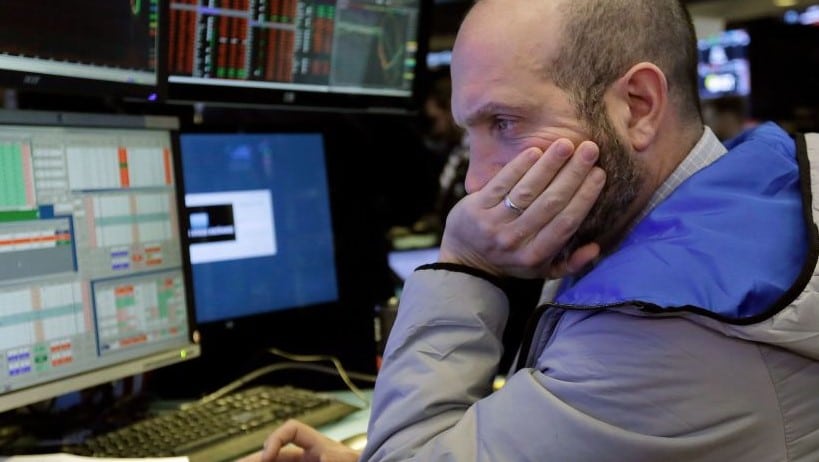 In the morning, the stock markets still looked friendly, and the various indices continued to rise as they did in the previous trading days. But in the afternoon, the mood suddenly changed, and a sharp sell-off triggered some heavy price drops. Tech stocks such as Apple, Amazon, Microsoft and Tesla came under particularly intense pressure. They lost up to 8 per cent.

Many analysts had already warned for days that the stock market rally had run too hot and that many stocks were too far away from reality.

After a previously strong week, Wall Street went steeply downhill on Thursday. The Dow Jones slipped by 2.78 per cent to 28,291.47 points. The tech index NASDAQ Composite fell by a whopping 4.96 per cent to 11,458.10 points.

After a steep rise in stock prices over the past weeks, especially for technology shares, the rally came to an abrupt halt on Thursday. Thus some burdening factors defied the euphoria of the last days, for example, the still existing US-Chinese trade dispute. In addition, investors shifted from the previously strong technology stocks to the sectors punished in the corona crisis. As a result, big players such as Apple, Amazon and Tesla were hit by profit-taking.

As on the previous day, Asia’s stock markets were mixed. While the good performance of the US markets from Wednesday guided some of the Asian markets, others posted losses. Where prices rose, market participants are still hoping for further support measures from the US government for the US economy.

Europe’s markets were also hit by the sudden turnaround and slipped into deep red territory. The EuroSTOXX 50 closed 1.01 per cent lower at 3,304.22 index points.

After the Dax 30 had surrendered its daily gains of over 200 points at times, it turned negative one hour before the close of trading and slipped to a peak of 13,004 points. This is exactly 456 points less than the daily high of 13,460 points reached in the morning. Finally, the leading index drops to 13,057 points, 1.4 per cent or 185 points less than the previous day. The TecDAX, similar to NASDAQ, was hit even harder, closing 4.16 per cent lighter at 3,042.34 units.

In the morning, Europe’s markets were still doing well until new impetus came from economic data: Growth in the eurozone economy lost momentum in August. With the start of the US stock markets, the trend in Europe then took a sharp downward turn. The technology exchanges, in particular, came under great pressure and dragged the entire stock markets down with them.

While the stock markets dropped sharply, the euro was able to stop the sometimes significant price losses of the past trading days on the foreign exchange market. At the close of trading, the common currency was trading at 1.1840 US dollars, roughly the same level as the previous evening. The Turkish lira fell once again to a new record low against the American dollar. It is still suffering from the high inflation rate in Turkey, which recently stood at 12.0 per cent. Added to this is the sceptical attitude of investors towards the Turkish currency. Despite a double-digit inflation rate, the country’s central bank had left the key interest rate at 8.25 per cent in August.

Oil prices continued the losses of the previous day and again fell significantly. Among other things, disappointing economic data caused prices to fall. Index values for the mood of purchasing managers in the services sector in the USA and the eurozone had fallen in August. Market observers also referred to the development in prices on the foreign exchange market. Since Tuesday, the greenback has appreciated significantly in trading with other major currencies. The barrel North Sea Brent was traded 1.02 US dollars lower for 43.41 US dollars. The price of a barrel of the US variety West Texas Intermediate (WTI) fell by 84 cents to $40.67.

Gold also came under renewed pressure due to the rising dollar exchange rate. In the end, the price for a troy ounce of gold slipped down to $1,925.

Similarly, cryptocurrencies were hit by the sudden risk-off environment and strengthening USD exchange rate. Bitcoin, already tumbling earlier this week, dropped another 9.1 per cent to just over $10,000. All other major digital assets followed suit as usual, apart from Tron, which was again the only gainer with a plus of over 20 per cent to now $0.440. Ethereum declined by 9.9 per cent to $389, and XRP lost 6.9 per cent to $0.2520.

In China, the recovery of the service sector is continuing. This is shown by the Caixin/Markit purchasing managers’ index published on Thursday. It stood at 54 points in August (July: 54.1) and continued to show growth at a value of over 50. For the first time since January, companies in the sector hired more staff than they cut back. The service sector of the world’s second-largest economy accounts for around 60 per cent of the gross domestic product there and accounts for half the jobs in urban regions.

The number of first-time applications for benefits from the US unemployment insurance scheme decreased more than expected in the week ending August 29. Compared to the previous week, the number of applications on a seasonally adjusted basis fell by 130,000 to 881,000, according to the US Department of Labor in Washington. Economists surveyed by Dow Jones Newswires had only predicted a decline to 950,000. In the week ending August 22, 13.535 million people received unemployment benefits. This was a decrease of 1.238 million from the previous week.

Business activity in the US services sector was more lively in August than in the previous month. The purchasing managers’ index calculated by IHS Markit for the industry rose to 55.0 from 50.0 points. Economists had predicted a level of 54.7. In contrast, activity in the US services sector slowed down in August. The Purchasing Managers’ Index for the non-manufacturing sector calculated by the Institute for Supply Management (ISM) fell to 56.9 (previous month: 58.1). Economists surveyed by Dow Jones Newswires had forecast a decline to 57.0.

Economic growth in the eurozone lost considerable momentum in August. This is signalled by the composite index for private-sector production, which fell to 51.9 points, as the IHS Markit Institute reported. However, the preliminary estimate was exceeded by 0.3 points.

The Tesla share finally fell by a whopping 9.02 percent to $407 on the NASDAQ. However, this contrasts with the previous six-fold increase in the share price since the beginning of the year, which is why Tesla recently carried out a share split to make the share more affordable again for small investors.

Media reports, according to which the investment company Baillie Gifford has reduced its stake in Tesla from 7.67 to 4.25 per cent are likely to have caused some investors to become uneasy. In a way, Tesla became a victim of its own success. According to reports, Baillie Gifford felt compelled to take this step because their investment guidelines set limits on the weight of an individual share in her portfolio. The company wanted to hold a significant stake in the long term and could even increase it again in the event of price setbacks, it was said.

Baillie Gifford has been the largest shareholder in the electric car manufacturer, behind Tesla boss Elon Musk, and is said to have a good chance of being included in the broad-based US stock index S&P 500. Even the reduced shareholding is still sufficient for the position of the fourth-largest shareholder.