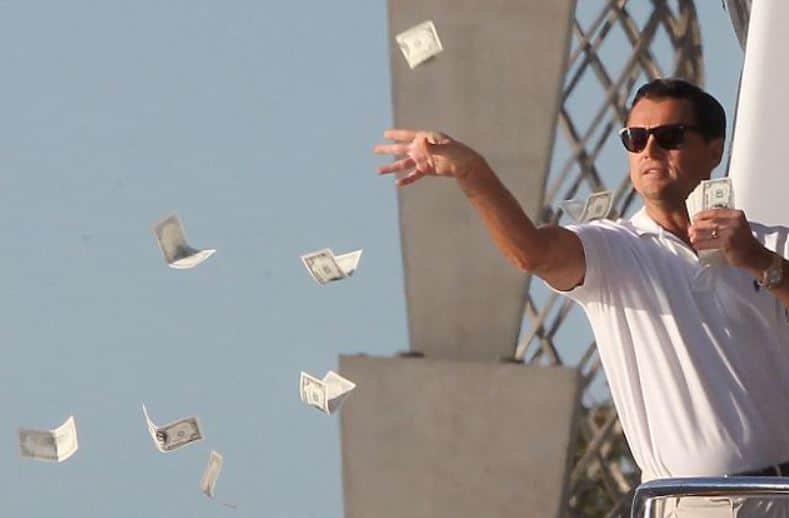 Given the rapid price recovery in recent weeks, many market observers are wondering whether global indices have not risen too early and too quickly. After all, it is not yet certain that the recovery will be as smooth and linear as investors believe. “The air is becoming increasingly thin, and the current valuation levels can no longer be justified from a fundamental perspective,” warned Andreas Likpow of Comdirect Bank, for example. Experts, therefore, do not rule out the possibility of strong price fluctuations in the coming trading days.

“Right now, investors are jumping into the market in fear of missing something,” believes Jochen Stanzl of the brokerage CMC Markets. But fear is rarely a good advisor on the stock market. “Flagpoles on the chart are nice to look at, but not to buy.”

The fact that the markets did not go into a more substantial consolidation already on today’s trading day is due, among other things, to the next multi-billion dollar financial injection by the European Central Bank (ECB). The central bank now wants to increase the PEPP bond purchase program, which was approved in March, by another 600 billion euros, to a now fantastic total of 1.35 trillion euros. The key interest rate also remains at its record low of 0 per cent and the marginal lending rate at 0.25 per cent.

Investors on the US stock markets remained subdued on Thursday. The US leading index Dow Jones fell by 0.17 per cent to 26,226.49 points at the start of trading and, after a volatile performance, ended the day with a mini-plus of 0.05 per cent at 26,281.82 points. More significant profit-taking set in for tech stocks: The NASDAQ Composite lost 0.69 per cent to 9,615.81 points on Thursday.

On the economic side, the number of initial applications for unemployment benefits declined until the end of May due to the corona loosening. Last week, an additional 1.88 million people registered as unemployed. However, investors are primarily waiting for the monthly Non-Farm Payroll (NFP) report, which will be published this Friday.

Some of the biggest gainers on the chart was American Airlines with an impressive move above the $16 mark – a plus of over 40 per cent on the day.

Investors on the Asian stock markets have also become somewhat more cautious today. The initial gains have crumbled. In early trading, positive impulses from Wall Street had helped many Asian stock markets to make more significant gains, as the latest US economic data had fueled hopes of a rapid recovery from the corona crisis.

The US-Chinese trade dispute also caused renewed tension. Recently, the US government prohibited the resumption of air traffic from Chinese airlines to the USA because China had probably also refused to do so. Air traffic between the two nations had initially been suspended due to the corona pandemic.

Investors in Europe mainly kept their feet still on Thursday after the recent price spikes. The EuroSTOXX 50 showed a minus at the start of trading, but then rose slightly over the day. The stock barometer ultimately closed 0.24 per cent lower at 3,261.67 index points.

After the dazzling rally of the last few days, the leading German index also fell on Thursday. The Dax 30 began trading at a discount after jumping above the 12,400 point mark the previous day. After spending most of the day in negative territory, the stock market barometer briefly gained momentum after the ECB decision. At the end of trading, the Dax was 0.45 per cent lower at 12,430.56 points. The TecDAX also posted losses and closed by 0.51 per cent lower at 3,246.68 points at the end of the day.

The expansion of the ECB’s bond purchase programme is also fuelling the euro. By early evening, the exchange rate of the common currency skyrocketed to 1.1320 US dollars.

Oil prices fell on Thursday following a dispute among major oil producers. Although the markdowns were kept within limits, the mood on the market has taken a battering. The barrel (159 litres) of North Sea Brent fell 20 cents to $39.59. West Texas Intermediate (WTI) oil fell 38 cents to $36.91.

After the hefty losses on the previous day, gold prices increased midst the risk-off environment today. The troy ounce is currently traded at $1,1715, a gain of 0.2 per cent on the daily.

The cryptocurrency market also managed to hold and even expend its upward trend today. Bitcoin gained 1.8 per cent to $9,800, getting closer to the critical $10,000 mark. Ethereum and XRP both increased by 0.6 per cent to $244 per cent and $0.2450 respectively.

Dax 30 founding member Lufthansa shares are being kicked out of the leading German index. From 22 June onwards, the airline will be listed in the MDAX of medium-sized companies. This was announced by Deutsche Börse on Thursday evening during the regular review of its share indices. Lufthansa will be replaced in the German share index by the Berlin real estate group Deutsche Wohnen. Experts had already expected this step.

Decisive for membership in the circle of the 30 DAX 30 groups are a company’s stock exchange turnover (trading volume) and stock exchange value (market capitalization). The Lufthansa share price had collapsed in the wake of the Corona crisis. For this reason, the airline now has to vacate its place in the DAX after almost exactly 32 years of uninterrupted membership.

Deutsche Lufthansa AG is in good company retiring from the DAX: in September 2019, the industrial giant ThyssenKrupp had to leave the blu-chip stock market index, while a year earlier Commerzbank was forced to make way for the payment processor Wirecard of all companies. ThyssenKrupp and Commerzbank also belonged to the group of 15 companies which had been listed in the index without interruption since the DAX was launched on 1 July 1988.

Snap puts Trump in the back seat

The online service Snapchat will place contributions by US President Donald Trump in a less prominent position in the future. His profile will no longer appear in the in-house “Discover” area with content selected by the company, the operators of the photo app explained. Among other things, media content and news can be found there. “We will not be an amplifier for voices that incite racist violence and injustice by giving them free advertising on Discover,” Snapchat explained. The Trump account, which is followed by around 1.5 million Snapchat users, will remain on the platform.

Snapchat started as a photo app but has since become an important channel for politicians and the media to reach younger people – also given the US presidential election in November.