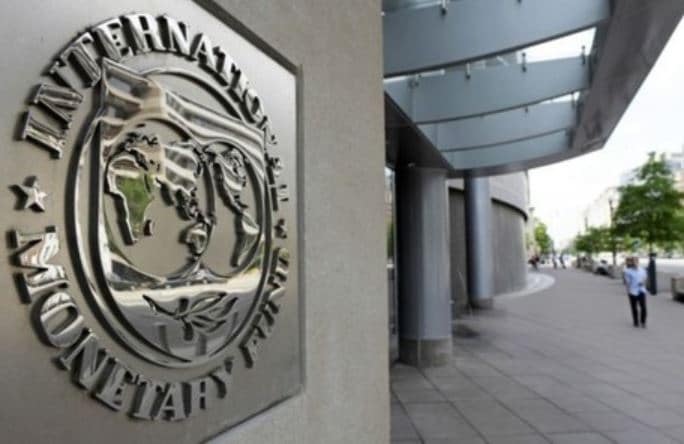 Billions in aid from the International Monetary Fund (IMF) to stem the corona epidemic as well as cash injections from some central banks around the globe encouraged stock market traders on Wednesday. Today, however, the world of the stock market looked very different, and many investors fled.

The lines of concern regarding the economic impact of coronavirus are getting deeper and deeper. Even the surprising cut in the key interest rate by the US Federal Reserve two days ago cannot change this.

Even the fact that the US Senate waved billions through to combat the crisis could not help calm the market. At the moment, it almost looks as if traders are all the more nervous, the more money is made available to fight the crisis. The intervention seems more likely to be interpreted as a sign of weakness.

The US stock markets fell sharply on Thursday. The US leading index Dow Jones already opened the meeting weaker but increased its losses considerably in the day. In the end, the US leading index dropped 3.58 per cent to 26,119.99 index points.

The technology stocks were also significantly weaker. The NASDAQ Composite index plummeted dramatically and ended the day 3.10 per cent weaker at 8,738.60 points.

Europe’s stock markets were unable to maintain their gains from the previous day on Thursday. The EuroSTOXX 50 was still tending towards green territory in the morning, but changed dramatically and then remained in the loss zone. It closed 1.76 per cent lower at 3,363.58 points.

In late trading, however, the short interim recovery from the low was already over, with the market following the US stock exchange. The L/E-Dax closed at 11,846 points, close to the Xetra low.

The extraordinary interest rate cut by the US Federal Reserve has brought the dollar’s years of soaring to a standstill. Within a few days, the US currency gave up most of its annual gains because stock market experts expect the Fed to continue its fight against the consequences of the coronavirus epidemic. It was only on Tuesday that the Fed cut the key interest rate by 0.50 percentage points. In return, the long-suffering euro is suddenly becoming the winner of the crisis. It continued to rise against the dollar and is trading slightly below the 1.12 dollar mark.

Oil prices fell again somewhat on Thursday. OPEC’s intention to limit production volumes did not weigh on prices. In the afternoon, a barrel of North Sea Brent cost 50.86 US dollars. That was 26 cents more than the previous day. The price of American WTI crude oil fell by 10 cents to 46.67 dollars.

The gold price exploded again and in the late evening hours rose to $1,672 an ounce. As one of the favourite safe havens benefited gold from the drastic losses in equities and bonds.

Cryptocurrencies also benefited from the broad market weakness, and most of the top 10 cryptos were able to capitalise. A Bitcoin currently costs over $9,000 again – a plus of over 2 per cent. Ethereum rose by 1.6 per cent to just above $230, while XRP increased by 2 per cent to $0.2405.

MDax and SDax are being updated

The shares of the food delivery service HelloFresh are listed in the MDax and replace the papers of the chip developer Dialog Semiconductor. Deutsche Börse announced this. The following changes will occur in the SDax: Office landlord Godewind Immobilien is replacing HelloFresh. The “Poco” parent company Steinhoff, the real estate company Adler Real Estate and the IT company SNP Schneider-Neureither will be included in the SDax. They replace the graphite electrode manufacturer SGL Carbon, the UV specialist Dr Hönle and printing machine supplier Heidelberger Druck.

Italy aims for a higher deficit

Economics Minister Roberto Gualtieri said on Thursday that the southern European country was adjusting its deficit ratio by 0.35 percentage points. Rome would ask the European Union (EU) for permission to take this step. So far, Italy’s government had expected a deficit quota of 2.2 per cent. The upper limit allowed by the EU is 3.0 per cent. The coalition in Rome wants to take a billion-euro sum in hand to cushion the consequences of the coronavirus for the domestic economy. This involves tax credits for companies whose turnover has collapsed. Tax cuts and additional funding for the health system are also planned.

Last year, unexpectedly strong economic growth in Italy led to the lowest deficit ratio since 2007. The ratio of new debt to economic strength was 1.6 per cent in 2019. The government had expected 2.2 per cent. The reason for this was that Italy’s gross domestic product in 2019, at 0.3 per cent, rose more significantly than the government’s most recent estimate of 0.1 per cent.

In Europe, Italy is the country worst affected by the coronavirus crisis.

The PC and printer manufacturer HP Inc continues to defend itself against the takeover attempts of the significantly smaller printer and copier manufacturer Xerox. The offer from Xerox does not sufficiently reflect the value of HP, HP announced today in Palo Alto, California. Besides, the takeover would lead to considerable financial risks for HP shareholders in view of the resulting indebtedness.

Xerox has been trying to acquire HP since the autumn but was turned down. In February, the company increased its offer and since then has offered 24 dollars per share in cash and Xerox securities. In total, Xerox would pay almost 35 billion dollars for HP. The driving force for a possible deal is considered to be the controversial US investor Carl Icahn, who holds a substantial amount of shares in both companies.