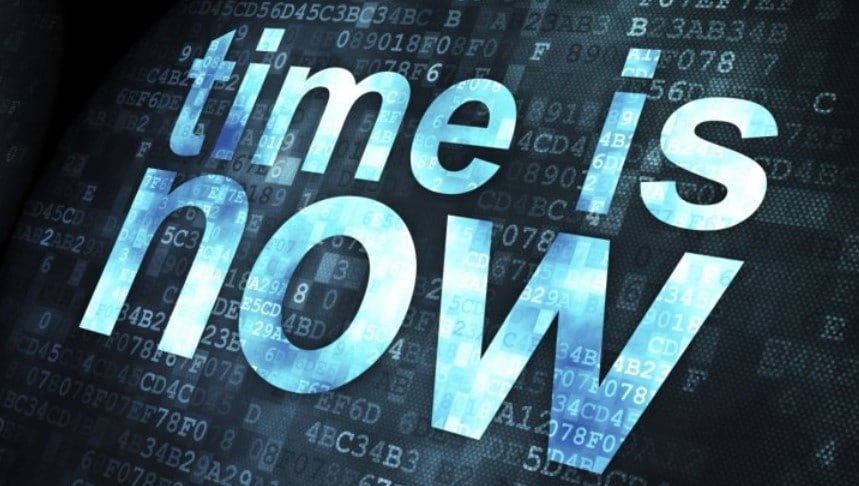 It seems like nothing can stop the international capital markets these days and old stock exchange wisdom rhymes that January typically signals how the stock exchange year will play out.

Similarly, Bitcoin and co seem unstoppable these days s well. As a modern hedge against the money flood of governments around the globe, digital assets enjoy a lot of popularity, especially amongst younger investors. However, institutional investors are also flocking into the cryptocurrencies space, which pushed the overall market capitalization of digital assets over the $1 trillion mark for the first time in history.

Investors in the US stock market were in a buying mood on Thursday.

Contrary to expectations, US initial jobless claims declined – experts had expected an increase. Stock exchange traders were also utterly unimpressed by the USA’s current political events (the attack on the Capitol) and instead continued to bet on approaching economic stimuli.

Most of Asia’s stock markets closed firmer on Thursday. The Japanese benchmark index Nikkei climbed by 1.6 per cent to 27,490.13 points by the end of trading. On the Chinese mainland, the Shanghai Composite was 0.71 per cent higher at 3,576.21 points. Only in Hong Kong, the leading index Hang Seng was 0.52 per cent weaker at 27,548.52 points.

While events in Washington had no negative impact, the certification of Joe Biden’s election continued. The Democrats won the Senate run-off elections in Georgia – thus enabling the new US president to “govern through”. Market participants associate this with hopes for new US stimulus packages to deal with the Corona crisis.

The European stock market also benefited from the overall bullish sentiment. The EuroSTOXX 50 ultimately registered gains of 0.49 per cent to 3,628.88 points.

The Dax also posted significant gains for the first four trading days. On Thursday, the German stock market barometer number one ended Xetra trading with a closing price record of 13,968 points, an increase of 0.6 per cent. In the meantime, the leading German index even made it over the 14,000 point mark – a new milestone. The TecDAX also trended upwards after starting the day with little movement. Its closing level: plus 0.29 per cent at 3,250.57 units.

Investors turned their attention to some economic data from Germany, the Eurozone and the USA on Thursday. The chaos surrounding the Congressional session in the Capitol was irrelevant for the stock market, it was also said on the European market.

On the Forex market, the euro remained under pressure today, especially in US trading. The single European currency was last quoted at 1.2266 US dollars. Robust US economic data mainly supported the greenback.

Oil prices rose slightly again on Thursday. North Sea Brent last cost $54.44 per barrel, up 16 cents. The price of US West Texas Intermediate (WTI) per barrel rose by 13 cents to 50.71 US dollars.

In the current environment, risk-averse assets are somewhat out of demand. Consequently, the price of gold fell further today and ultimately closed at $1,913 per troy ounce.

Meanwhile, Bitcoin continued its spectacular rise. On some trading platforms and cryptocurrency exchanges, one Bitcoin cost more than 40,000 US dollars for the first time. In the Bitcoin maelstrom, other digital currencies also rose significantly, and the market value of all cryptocurrencies broke the one trillion dollar mark for the first time. After waiting on the sidelines for days, the biggest daily gainer was XRP with a whopping 33 per cent increase to $0.33.

Incoming orders in the German industry developed significantly better than expected in November. According to the Federal Statistical Office (Destatis), orders rose by 2.3 per cent compared to the previous month. They were 6.3 (October: 2.3) per cent above the level of the same month of the last year, adjusted for calendar effects. By contrast, economists surveyed by Dow Jones Newswires had forecast a monthly decline of 0.2 per cent. Price-adjusted turnover in the German manufacturing sector increased in November by 1.1 per cent compared to the previous month.

The number of initial claims for unemployment insurance benefits in the USA surprisingly declined in the week ending 2 January 2021. According to the US Department of Labour in Washington compared to the previous week, the number of claims fell by 3,000 to 787,000 on a seasonally adjusted basis. Economists surveyed by Dow Jones Newswires had predicted an increase to 815,000.

Activity in the services sector accelerated in December in the United States. The non-manufacturing Purchasing Managers’ Index, calculated by the Institute for Supply Management (ISM), increased to 57.2 from 55.9 the previous month. Economists surveyed by Dow Jones Newswires had forecast a decline to 54.5. Among the closely watched sub-indices, new orders rose to 58.5 from 57.2 a month earlier, while employment fell to 48.2 from 51.5 a month earlier.

Tesla above 800 US dollars for the first time

The almost unstoppable record-breaking hunt for Tesla shares pushed the electric car manufacturer’s shares above 800 US dollars for the first time on Thursday. Tesla shares reached the highest level in their history during today’s NASDAQ trading at 816.99 US dollars and closed the day only slightly below that, up 7.94 per cent at 816.04 US dollars.

This Thursday, a positive analyst report provided a boost for Tesla’s shares. RBC expert Joseph Spak made no secret of the fact that he had “completely misjudged” the potential of the shares. He therefore removed his negative recommendation for the shares and raised his price target from 339 to 700 dollars. However, this is still about 100 dollars below the current price.

The recent rally should also please Tesla boss and major shareholder Elon Musk. According to the billionaire ranking “Bloomberg Billionaires Index”, Musk is now the world’s richest person. The previous leader was the founder of the online retailer Amazon, Jeff Bezos.