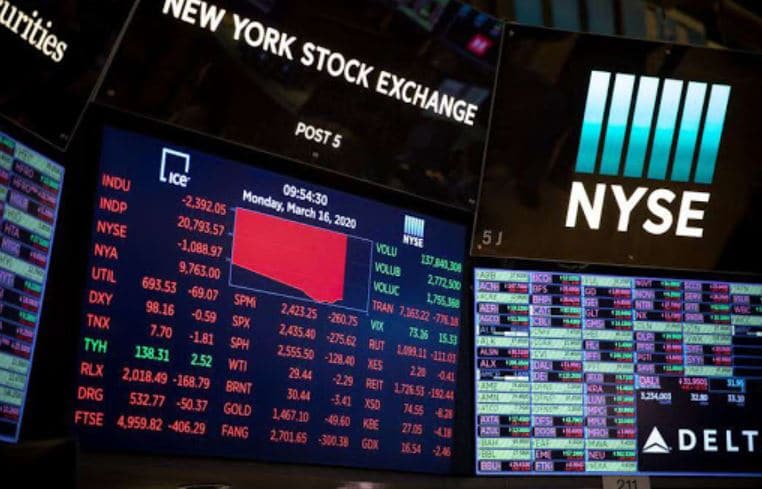 The international markets still lack orientation. Almost every day, the signs change, and the ups and downs continue. Today, the signs were again predominantly positive, but they too are yet on shaky ground. Once again, miserable economic data from all directions as well as sobering unemployment figures from the USA were hailing.

Nevertheless, Mr Market has become a professional at ignoring facts and looking ahead with confidence/delusion. No matter how many bitter setbacks and scary developments may come – the attitude remains hopeful – at least for the time being.

Investment veteran Gary Shilling sees astonishing parallels between the 1929 crash and the Great Depression of the 1930s in the current share price development since the crash in mid-March. After a recovery rally, the share price took a downward turn from April 1930 onwards. The S&P 500 plummeted by more than 80 per cent until 1932. “This time, too, a much bigger fall of another 30 to 40 per cent will follow when investors realize that the recession will continue into 2021,” believes Shilling.

Investment legend Warren Buffet also continues to keep his powder dry (more than 100 billion in cash that is). Many negative effects would only become apparent later in the crisis. Whoever enters the stock market now needs strong nerves, he says.

The rise in oil prices provided positive impetus after the Saudi Arabian state-owned Saudi Aramco announced that it would reduce its price discounts for deliveries to Asia, among other places. Besides, some company figures turned out unexpectedly well.

Although weekly applications for US unemployment assistance have recently declined, they remained at an extremely high level.

Despite the corona pandemic, China’s exports rose by a surprising 3.5 per cent in April. Imports, in contrast, fell sharply by 14.2 per cent. Analysts had expected worse figures for imports and exports. By contrast, the Chinese service sector recovered more slowly than had been hoped for. The sentiment barometer calculated by the business magazine “Caixin” signalled that activity in the sector continued to decline.

Europe’s stock exchanges presented themselves friendly today. The EuroSTOXX 50 was 1.30 per cent stronger at 2,880.60 digits, whereas it had shown a minimal minus at the start of trading.

The Dax 30 was able to increase its initially slight profit in the course of trading and closed 1.44 per cent higher at 10,759.27 points. The TecDAX was even more robust. It also increased its early profit and ended the day 2.19 per cent higher at 2,949.03 units.

On the corporate side, investors focused their attention on HeidelbergCement, Continental and Munich Re, which presented figures before the opening bell. Other companies from the back rows also presented their balance sheets.

The euro exchange rate climbed back above 1.08 dollars in US trading on Thursday. Most recently, the common currency was referenced at $1.0824. Previously the euro exchange rate had fallen to $1.076. Meanwhile, the British central bank’s renunciation of a further easing of monetary policy supported the pound. The pound rose by up to 0.6 per cent to $1.2416, and by 0.3 per cent against the euro. Currently, the central bank in London is preparing for the deepest recession in its 325-year history.

Oil prices rose again on Thursday with experts pointing towards oil giant Saudi Arabia as the reason. A barrel of North Sea Brent is currently trading at 95 cents more for $30.79. The price for a barrel of the US variety WTI rose by 1.78 dollars to 25.83 dollars. At times, oil prices had increased even more significantly.

The value of gold took off after trading in a very tight range for most of the day. In the end, the precious yellow metal increased by 1.9 per cent to $1,717 per troy ounce.

In anticipation of the next Bitcoin-Halving event, which is only a few days away, many major cryptocurrencies continued their upward trend. The current “king of crypto”, Bitcoin, shot up 7 per cent to almost $10,000, currently sitting at $9,950. Ethereum and XRP also increased, Ethereum 2.2 per cent to $213 and XRP by 0.6 per cent to $0.2180. Analysts see a continuation of these upward trends since historically the Bitcoin-Halving acts as a major market booster for the digital asset space.

On the financial markets, highly indebted Turkey is coming under increasing pressure. The lira has been falling and falling for months now. On Thursday it plunged to a record low, and the US dollar cost 7.25 lira, the highest level ever. Turkey has asked the US Federal Reserve and other central banks for access to funding as its net foreign exchange reserves have dropped to almost 25 billion dollars. But when asked to expand swap credit lines that would give Turkey access to dollar cash, Fed member Thomas Barkin gave little hope. This would not be possible for all countries, he said. Since the beginning of the year, the lira has depreciated by about 18 per cent – partly because of the central bank’s monetary policy easing.

Munich Re with profit collapse

High losses from the corona crisis led to a loss of profits for the reinsurer Munich Re in the first quarter. This is because around €800m was set aside for insurance claims resulting from the pandemic. Given the uncertainties regarding the further course of the crisis and the extent of the losses, the Group is still not venturing to issue a new profit forecast for 2020. The Board of Management had revised its original profit target at the end of March.

After criticism of its security concept, the Corona rising star Zoom wants to accelerate the introduction of full encryption by purchasing a start-up.

The videoconferencing service is taken over by Keybase because of its crypto know-how. Soon, paying Zoom customers will be able to protect their video conferences with so-called end-to-end encryption, as company boss Eric Yuan announced on Thursday.

With this method, only the participants in the conversation have access to the unencrypted data – but not the platform operator. Currently, video conferences are also encrypted, but when zooming in on the servers, the keys are also on the servers, for example, to enable dial-in via telephone call.

In a friendly market environment, Zoom shares gained 5.49 per cent to $157.80 on Thursday on the Nasdaq.