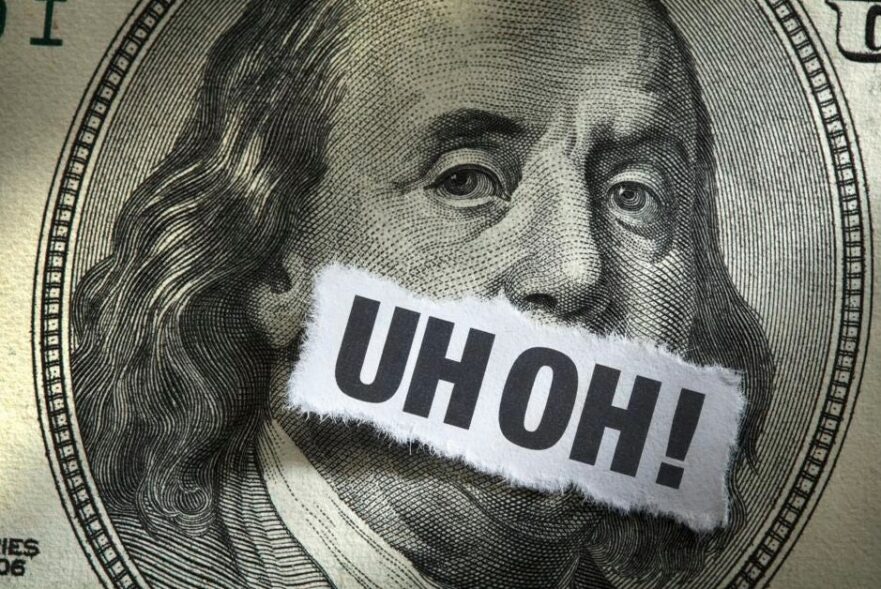 It’s a crazy world we live in: today, investors cheered the compromise on raising the debt ceiling to keep the US financially solvent until December. Thus, the debt dispute has been defused for the time being.

There was also movement in the diplomatic arena. Against the background of growing tensions between their countries, US President Joe Biden and his Chinese counterpart Xi Jinping want to exchange views in a virtual meeting soon. This is a good sign, some market observers said.

The easing of the situation on the oil and gas markets provided an additional boost, reducing inflationary pressure – at least temporarily.

Wall Street continued to rally. The US leading index Dow Jones extended its initial gains and ended 0.98 per cent firmer at 34,754.15 index points. The tech index NASDAQ Composite also rose in Thursday trading and went into the evening with a gain of 1.05 per cent at 14,654.02 index points.

The price was supported by the fact that a temporary agreement was reached in the domestic debt dispute between Democrats and Republicans and that foreign policy relations with China seem to be improving again.

In addition, fears among investors of an energy crisis eased somewhat following Russia’s promise to consider additional gas supplies. In addition, the upward trend in bond yields has come to a temporary end, benefiting technology stocks in particular, which are considered sensitive to interest rates.

Markets in the Far East also moved into green territory. In Japan, the Nikkei benchmark index ultimately climbed by 0.54 per cent to 27,678.21 points. The Shanghai stock exchange remains closed for the bank holidays. In Shanghai, the holiday break, also called “Golden Week”, continues up to and including this Thursday. The Hang Seng index was up 3.16 per cent to 24,724.21 units in Hong Kong.

After the gloomy mood of the last few days, hope seemed to emerge on the Asian markets. The fact that there is movement in the debt dispute in the USA and that other negative factors have not increased, at least not for the time being, is likely to have played a role. According to Dow Jones Newswires, the opposition Republicans in the Senate have now proposed a temporary solution until December, whereby an increase in the debt ceiling for current expenditure until December would be possible. The threatened insolvency of the USA was thus averted for the time being.

There was also relief concerning energy prices. Both the USA and Russia have given assurances that they will provide enough energy to prevent the impact on the economy.

The European stock markets recovered visibly on Thursday. The EuroSTOXX 50 extended its initial gain powerfully and finally went into the evening 2.14 per cent stronger at 4,098.34 units.

The DAX had already started by recapturing the 15,000 mark, which it had left behind the previous day. It then improved further and closed with a strong gain of 1.85 per cent at 15,250.86 points. The TecDAX also managed to hold in the profit zone after a friendly start and ended the day 0.38 per cent higher at 3,619.19 points.

The fact that Republicans and Democrats in Washington agreed on an extension of the debt ceiling until December created a good mood.

The euro was only able to make up a little ground on the foreign exchange market. At the close, the European common currency was trading at 1.1558 dollars.

The strong dollar is putting pressure on the demand for gold from the non-dollar area. Accordingly, the precious yellow metal has been having a hard time for weeks. Today, a troy ounce of gold cost 1,761 dollars, 0.2 per cent less than the previous day.

Production in Germany developed weaker than expected in August. According to the Federal Statistical Office, it dropped by 4.0 per cent compared to the previous month and was only 1.7 (July: 6.0) per cent above the level of the same month last year, adjusted for working days. Economists surveyed by Dow Jones Newswires had predicted a monthly decline of only 0.2 per cent at the end of last week. However, very weak data on industrial sales on Wednesday had already indicated that the decline in production was also likely to be more pronounced.

On the other hand, production expectations in German industry rose in September, according to surveys by the Ifo Institute for Economic Research. Accordingly, the value reached 29 points in September after 27 in August. “The continued good production outlook can also be attributed to catch-up effects due to the Corona crisis,” said Klaus Wohlrabe, head of Ifo surveys. “Order books remain full, and only material bottlenecks are causing problems at the moment and dampening production plans somewhat.”

The number of applications for unemployment benefits in the United States declined more than expected in the week ending 2 October. Compared to the previous week, applications fell by 38,000 to 326,000, versus 345,000 expected.