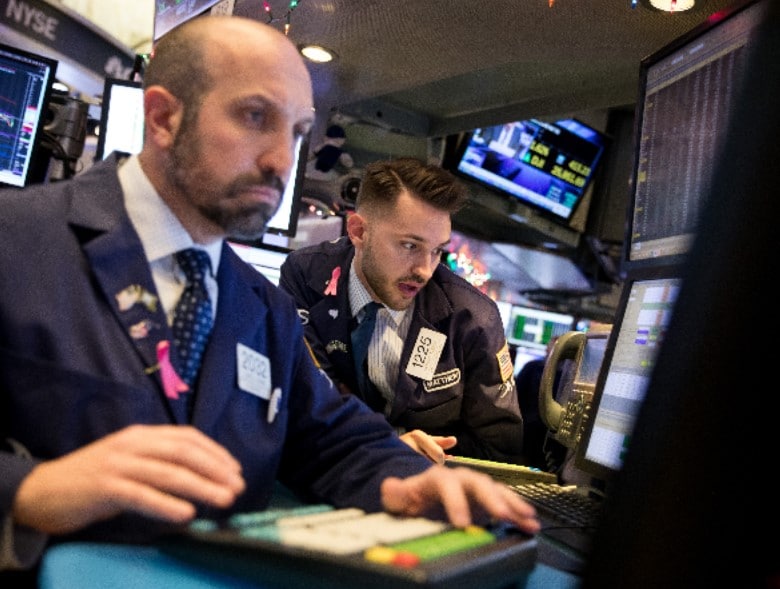 On the stock markets, the renewed trend towards tech stocks continues. After the Fed meeting on Wednesday evening, it is clear that the USA’s monetary policy will remain extremely loose and that higher inflation will be tolerated in the short term. Fresh central bank money and government support are still guaranteed.

“We need to continue to support the economy, and we will do that,” Powell told a panel at the International Monetary Fund (IMF) spring meeting on Thursday evening. The expected surge in prices as the US economy recovers will only temporarily lead to more substantial inflation in the Fed chief’s view. There is a difference between a one-time increase in prices and sustained inflation, Powell explained. If contrary to the central bank’s predictions, the inflation rate nevertheless increases significantly and remains above two per cent, the Fed will react.

Wall Street presented itself from its friendly side today. The Dow Jones started the day marginally higher and ultimately closed with a gain of 0.17 per cent at 33,503.57 points. The tech index NASDAQ Composite, on the other hand, showed a more significant increase. It rose 1.03 per cent to 13,829.31 points by trading and. The S&P 500 even marked yet another new all-time high at 4,098.19 points.

In terms of economic news and data, weekly initial claims figures were due before the stock market opened. Other than that, the Fed’s meeting minutes and hints towards and perpetuating a loose monetary policy from the previous day continued to provide a tailwind for the markets.

The stock exchanges in the Far East again failed to find a uniform direction. The Japanese benchmark index Nikkei reduced its initial loss and ultimately closed only 0.07 per cent lower at 29,708.98 points. The Shanghai Composite also eventually trod water on the Chinese mainland, gaining 0.08 per cent at 3,482.56 points. On the Hong Kong stock exchange, the leadin index, Hang Seng, climbed 1.16 per cent to 29,008.07 units.

According to market observers, the minutes of the latest US Federal Reserve meeting published the previous evening contributed to the positive underlying trend. Thus, the central bankers first want to wait until their targets are reached before adopting a more restrictive monetary policy.

The most important European stock markets continued to advance today. The EuroSTOXX 50 ultimately rose by 0.53 per cent to 3,977.83 points.

The German stock market also ultimately posted slight gains. The DAX rose significantly at the opening but shied away from a new record high. In the course, it gave back some of its gains and ultimately closed only 0.17 per cent firmer at 15,202.68 points. In addition, the TecDAX also started stronger and then continued to rise. In the evening, the plus finally amounted to 0.88 per cent to 3,475.45 points.

After the European close on Wednesday, the Fed published the minutes of the interest rate meeting in mid-March, confirming the US economy’s recently more optimistic view. Also, the Fed members are sticking to the very loose monetary policy. The economic development is still far from the long-term goals of the central bank. European investors gladly heard these statements.

On the forex market, the ongoing Fed money flood is now clearly affecting the greenback. The weaker-than-expected labour market figures also weighed on the dollar exchange rate. The dollar index, which reflects the exchange rate of the global reserve currency to important currencies, fell today at times by up to 0.3 per cent. In this environment, the euro improved slightly and held its ground just above the 1.19 US dollar mark.

Oil prices fell on Thursday. On the market, the selling pressure was attributed to the latest infection figures in the corona crisis, with a sharp rise in India, among other things, coming into focus. North Sea Brent was last at US$62.82, down 34 cents from the previous day. The price per barrel of US light oil (WTI) fell 53 cents to 59.25 dollars.

Gold, on the other hand, continues to benefit from inflation fears and the weakening US dollar. The price per troy ounce of the precious metal increased by almost $50 from $1,737 to $1,756.

After the consolidation in the previous day, the cryptocurrency market picked up steam again and is on its way to attack the $2 trillion market capitalisation mark anew. Bitcoin gained 2.6 per cent to just above $58,000, while the smart contract platform token Ethereum increased by 4.3 per cent to $2,087. XRP was also able to move back above the $1 mark and is currently up 9.9 per cent compared to yesterday at $1.04.

Price-adjusted turnover in Germany‘s manufacturing sector fell in February. According to the Federal Statistical Office, turnover decreased by 1.9 per cent compared to the previous month. For the year as a whole, turnover fell by 5.6 per cent.

Incoming orders in the German industry developed broadly as expected in February. According to Destatis, orders rose by 1.2 per cent compared to the previous month and were 5.6 (January: 1.4) per cent above the level of the same month of the last year, adjusted for calendar effects. Economists surveyed by Dow Jones Newswires had forecast a monthly increase of 1 per cent.

The gross wages of employees in Germany fell last year for the first time since German reunification, while pensions rose. In nominal terms, average earnings fell by 0.1 per cent, as the Federal Statistical Office announced with reference to the results of the national accounts. Adjusted for prices, the decline was as much as 0.6 per cent and was thus even stronger than in the crisis year 2009 with 0.2 per cent.

Producer prices in the eurozone rose noticeably in February. The annual rate rose from 0.4 per cent in the previous month to 1.5 per cent, as the Eurostat statistics office announced in Luxembourg on Thursday. This is the highest value since May 2019. Economists had only expected an increase in the annual rate to 1.3 per cent.

The number of initial jobless claims in the USA in the week ending 3 April rose contrary to expectations. According to the US Department of Labour in Washington, compared to the previous week, the number of claims increased by 16,000 to 744,000. Economists surveyed by Dow Jones Newswires had predicted a decline to 694,000.