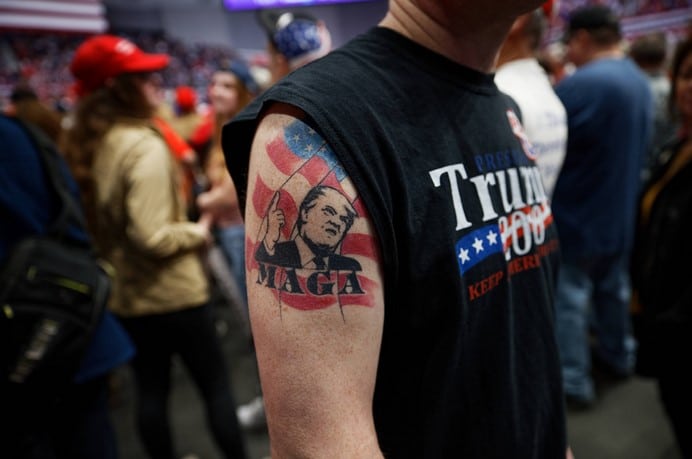 Always a Trump up the sleeve

In a TV interview today, mood setter and US President Donald Trump once again ensured a good mood on the global trading floors.

Although America continues to suffer significantly from the pandemic, the stock exchange in New York (NYSE), unlike here in Germany, is focusing primarily on new aid money from Washington to boost the economy. The Federal Reserve has been demanding this from politicians for a long time, and a hopelessly divided Congress alone has not yet got anything off the ground before the election.

President Donald Trump, who is still behind in the polls, now seems to want to gain ground by showing himself more accessible for aid measures, including for the airline sector. Last week he had rejected an agreement with the Democrats. In the evening, however, opposition leader Nancy Pelosi countered that without an overall economic stimulus package, there would be no individual aid for the airline industry.

Naturally, investors ask themselves where the journey will go now. The signals change at present nearly by the minute.

Wall Street reacted immediately to the new glimmers of hope from Washington and picked up again significantly.

The Dow Jones continued its positive development of the previous day and closed the day with an increase of 0.43 per cent at 28,425.77 points. The NASDAQ Composite was also able to record gains, adding 0.50 per cent to 11,420.98 index units.

Next to the news about a further aid package being agreed on sooner rather than later, the markets received a boost from the latest labour market figures. The weekly initial applications for unemployment insurance benefits have fallen further, but not as much as hoped. This could increase the pressure on politicians to launch an economic stimulus package before the election.

In Japan and Hong Kong, different directions were taken while in mainland China the stock exchanges are still on holiday. The indices in Australia and South Korea also rose.

The news that Trump intends to provide targeted, rapid assistance to the ailing airlines and private households supported the Japanese market on Thursday. The US stock markets had already recorded gains in response to the news. Hong Kong, however, lagged behind this positive development.

US politics also has a firm grip on the European and German stock markets at present. The EuroSTOXX 50 ultimately went 0.69 per cent higher at 3,255.76 points in the evening.

In the tow of a friendly Wall Street, the Dax made a new attempt to break above the 13,000 point mark on Thursday. At the end of a pleasing trading day, the leading German index gained 0.9 per cent and closed at 13,042 points. The TecDAX also ended 1.14 per cent stronger at 3,136.52 points.

On the foreign exchange market, the euro is recording slight losses and recently traded at 1.1755 dollars. However, the downward trend in the Turkish lira continues unabated. On Thursday new record lows were reached in trading with the US dollar and the euro. Since the beginning of August, the trend has been downward. In trading with the euro, the Turkish currency has now lost around 40 per cent of its value since the start of the year. For months now, the lira has been suffering from comparatively high inflation and a simultaneously weak economy.

The fear of further supply shortfalls is driving up the price of oil. Market observers said that the strikes in the Norwegian oil industry played an important role in this. Also, Hurricane Delta is supporting the prices. In the Gulf of Mexico, it led to the extensive closure of plants in the oil industry. Most recently, the price per barrel of North Sea Brent crude, at 42.98 US dollars, was 98 cents higher than the previous day. The barrel price of the US variety West Texas Intermediate (WTI) rose by 90 cents to 40.85 US dollars.

The gold price received a significant boost together with equities after Donald Trump sent renewed glimmers of hope regarding the next stimulus package. It tested the $1,900 mark but ultimately ended at $1,895. A retest and rise above the $1,900 level seems highly possible for tomorrow.

Lastly, the digital assets space also benefited from the risk-on follow-through, and prices rose. The Bitcoin price increased by 2.2 per cent to $10,820, while Ethereum gained more than 3 per cent to $350 and XRP appreciated by 2 per cent to $0.25.

The number of initial applications for US unemployment benefits decreased slightly less than expected in the week ending October 3, 2020. Compared with last week, the number of applications fell by 9,000 to 840,000 according to the US Department of Labor in Washington. Economists surveyed by Dow Jones Newswires had predicted a decline to 825,000. For the previous week, the figure was revised upwards, to 849,000 from the original 837,000. The four-week moving average decreased by 13,250 to 857,000. In the week ending September 26, 10.976 million people received unemployment benefits, 1.003 million fewer than the previous week.

The major US bank Morgan Stanley is expanding its asset management business with a billion-euro purchase. For seven billion dollars in cash and shares, the financial house is taking over the asset manager Eaton Vance, as the companies announced in a joint press release on Thursday. Eaton Vance has more than $500 billion in assets under management (AUM). Morgan Stanley wants to make itself more independent of investment banking and increase its commission income. Just last week, the big bank completed its $13 billion acquisition of low-cost broker E*Trade.

Fashion retailer Zalando has again raised its annual forecast following exceptionally strong and profitable growth in the third quarter. The gross merchandise volume (GMV) is now expected to increase by 25 to 27 per cent in 2020 and sales by 20 to 22 per cent. Zalando now expects adjusted earnings before interest and taxes (EBIT) to be between 375 and 425 million euros.

In the third quarter, Zalando benefited, among other things, from the shift in customer demand towards digital offerings, which was accelerated by the pandemic, and from the consistent implementation of the platform strategy. The return rate remained low, and the company was able to reverse special write-downs on inventory. These had been made in March when the subsequent rapid and sustained recovery in customer demand was not yet foreseeable.