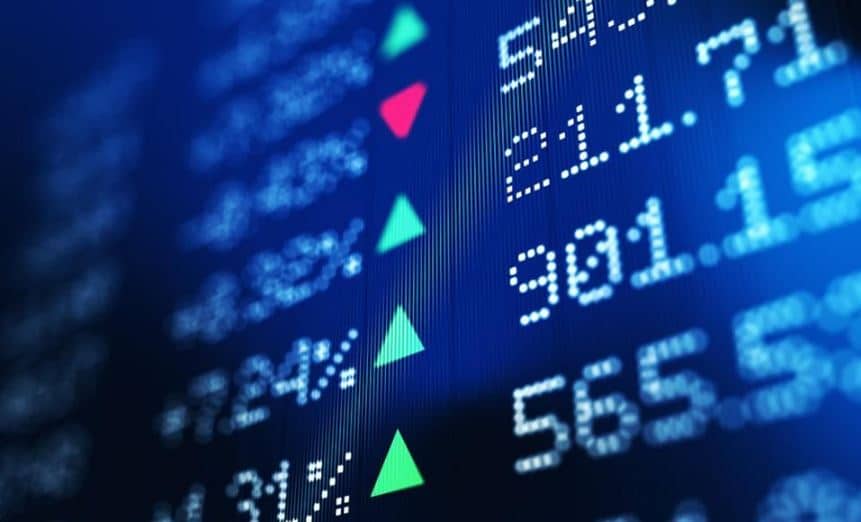 All lights on Green

There is great relief worldwide at the de-escalation of the situation in the Persian Gulf and Donald Trump’s sober analysis. As a result, investors are taking a firm grip on equities, and the markets are shooting up. Domestic markets are also moving along, albeit not as spectacularly as on Wall Street.

The sentiment has shifted straight from risk-on to risk-off with global stock prices exploding while safe haves such as gold, the Swiss Franc and the Japanese Yen being left behind. Investors should still tread lightly though and be cautious about the further developments in the Persian Gulf region.

Wall Street was in a record mood again on Thursday.

The de-escalation in the conflict between the USA and Iran also spurred Asian stock markets on Thursday. At least the immediate danger of war in the Middle East seems to have been averted despite an Iranian retaliatory attack on US military bases in Iraq in response to the targeted killing of top Iranian general Ghassem Soleimani. Because: US President Donald Trump had announced new economic sanctions against Iran on Wednesday, but no further military strikes.

The Japanese leading index Nikkei rose by 2.3 per cent to 23,739 points by the end of trading. The CSI-300 index, which includes the 300 most important stocks on the Chinese mainland stock exchanges, and the Hang Seng in Hong Kong each rose by more than one per cent.

The German leading index Dax 30 started the trading day with a plus and continued to climb sharply afterwards. In the process, it rose closer to its all-time high, which was recorded in January 2018 at 13,596.89 points. The German stock market barometer left Thursday trading 1.31 per cent stronger at 13,495.06 units. The TecDAX started higher, continued to rise in the year and ultimately recorded a 1.62 per cent gain to 3,093.60 points.

On the foreign exchange market, investors are once again leaving the safe havens of investment that they had temporarily sought in the wake of a worsening of the Iran crisis. As a result, the Japanese Yen, which is considered safe, came under pressure. The conflict between the US and Iran has recently begun to ease.

After the significant price losses of the past few days, the euro moved only slightly off-balance on Thursday. In New York trading, the euro was last paid 1.1109 US dollars for the common currency. The European Central Bank (ECB) had set the reference rate at 1.1110 (Wednesday: 1.1115) dollars, and the dollar thus cost 0.9001 (0.8997) euros.

The pound sterling fell significantly. The outgoing head of the British central bank, Mark Carney, has held out the prospect of a loosening of monetary policy. He said that additional incentives might be necessary to support the recovery. This is currently being discussed in the Monetary Policy Committee. The key interest rate on the island is now at 0.75 per cent. The British pound fell to 1.3050 dollars. In the morning it was still quoted above 1.31 dollars.

Oil prices are only losing slightly today, after the drastic sell-off yesterday. In the afternoon, a barrel of North Sea Brent costs 65.31 dollars, 0.2 per cent less than yesterday. The price of US crude oil of the WTI variety falls by 0.3 per cent to 59.43 dollars.

This puts oil prices back at the level they were at before the targeted killing of the high-ranking Iranian general by the US military last week.

Gold prices have also remained in reverse since yesterday, at $1,550 an ounce, a daily loss of 0.6 per cent.

Cryptocurrencies are also still under pressure with Bitcoin losing almost 2 per cent to $7,880, Ethereum losing 1 per cent to $138 and XRP also losing close to 2 per cent and currently standing at $0.2020.

The day began with consumer price development figures in China. Among other things, African swine fever has caused inflation in China to rise sharply in the past year. Consumer prices rose by 2.9 per cent in 2019, according to the statistics office in Beijing on Thursday. The increase was mainly due to rising food prices, which rose 17.4 per cent in December. Pig prices almost doubled again last month with an increase of 97 per cent, the Statistics Office reported.

Meanwhile, the Apple euphoria continues on the stock market. On Thursday the shares of the iPhone manufacturer climbed again to a record high of almost 310 dollars in New York trading. It is the best value in the Dow Index with a good 2.0 per cent price gain.

It benefits from higher iPhone sales in China: According to government data, around 18 per cent more smartphones were sold in December than in the previous year. Also, the financial services provider Jefferies raised its Apple price target from 285 to 350 dollars. On a twelve-month horizon, the share price has doubled smoothly. Apple now has a market value of more than 1.3 trillion dollars on the stock exchange.

The shares of the social network and advertising group Facebook held their price to a record high on Thursday.

The price dip of the second half of 2018 has now been almost completely ironed out. At that time, in the wake of the EU data protection regulation and the Cambridge Analytica data scandal, the Zuckerberg Group’s shares had fallen by up to almost 44 per cent to USD 123.02.

Following the share price recovery in 2019 by almost 57 per cent in 2019 and the continued rally at the beginning of 2020, Facebook is now back to a market value of around 614 billion dollars.