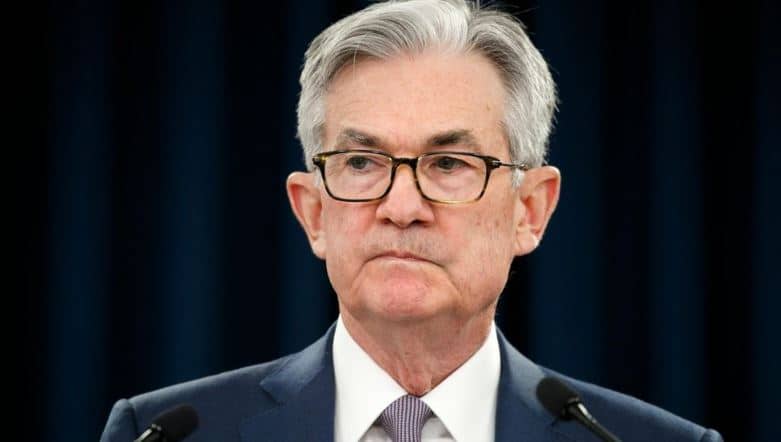 The US Federal Reserve intends to support the US economy, which has been hard hit by the crisis, with further emergency aid worth USD 2.3 trillion. The new package of measures is designed primarily to support local governments and small and medium-sized enterprises, as the Federal Reserve announced today. Among other things, the banks are to provide four-year loans for companies with up to 10,000 employees. In addition, bonds of states and populous counties and cities are to be purchased to help them in the fight against the economic consequences of the pandemic.

With this programme, the central bank reacted to another dramatic rise in unemployment figures in the country. The number of initial applications for unemployment benefits during the week was again at a dramatically high level at around 6.6 million. It was also well above analysts’ expectations of 5.2 million. The pressure on the central bank and the government remains high to counteract with billions.

With the immense flood of money, America’s central bank is showering the economy yet again with artificial liquidity in times of crisis, following the old pattern. The prospect of sweet money, the lubricant of every stock exchange, has accordingly caused prices to rise today.

On Wall Street, the central bank’s warm money supply before the East long-weekend was well received. The Dow Jones benchmark index rose by 1.22 per cent or 285 points to close at 23,719 points. At its peak, the index had even briefly lifted its nose above the 24,000 mark but was unable to maintain this level. On a weekly comparison, the Dow thus gained well over 12 per cent – the biggest weekly gain since 1974.

The market-wide S&P 500 Index gained 1.27 per cent to 2,785 points. The Nasdaq technology exchange lagged somewhat behind the standard stocks and rose by 0.77 per cent to 8,153 points.

Asia’s stock markets failed to find common direction on Thursday. While in Japan the Nikkei made up for 225 early losses up to the close of trading and closed almost unchanged at 19,345 points, in China the CSI 300, which comprises the 300 most important shares on the Chinese mainland stock exchanges, rose by 0.3 per cent. The Hang Seng in Hong Kong gained 0.7 per cent.

Discussions about an early relaxation of the restrictions imposed in Germany and other European countries in the fight against the coronavirus created a good mood among investors. But above all, the news from the US Federal Reserve Bank Fed that it was going to initiate further billion-dollar corona aid measures caused a more significant jump in the afternoon.

The EuroSTOXX 50 climbed 1.46 per cent to 2,892 points, while the leading German index Dax 30 rose by 2.24 per cent to 10,564. The TecDAX was also higher at the start of trading and was able to stay above the zero line. It then increased more significantly and started the long Easter weekend with a plus of 1.59 per cent at 2,789.77 points.

The euro stayed above $1.09 in US trading on Thursday. Most recently, the euro was quoted at 1.0928 dollars. The common currency thus continued to benefit from a general weakness of the dollar following new emergency measures by the US Federal Reserve.

Oil prices reacted on Thursday with a rollercoaster ride to the ongoing debate about cuts in production by major oil nations. After a brief, sharp rise, crude oil prices were in the red in the evening – A barrel of North Sea Brent last cost 33.29 US dollars. The price of a barrel of American WTI fell by almost one dollar to 25.13 dollars.

Gold remains in high demand. The troy ounce briefly broke through the $ 1,700 mark today, and in the end, rose by around two per cent to $ 1,680 an ounce.

German exports increased in February. Exports rose by 1.3 per cent month-on-month, the Federal Statistical Office announced this morning. Economists, however, had expected an average decrease of 1.0 per cent. Imports, on the other hand, fell by 1.6 per cent, and thus more than economists had expected.

The consumer climate in the USA, surveyed by the University of Michigan, fell by 18.1 points to 71.0 points in April compared to the previous month, the university announced on Thursday after an initial estimate. This is the sharpest drop ever measured.

As was made known late in the evening, the EU finance ministers have agreed on a rescue fund worth 500 billion euros. Federal Finance Minister Olaf Scholz says the rescue package comprises three points – loans from the development bank EIB, a European short-time work allowance and precautionary credit lines from the rescue fund ESM.

“It’s good news.” The important thing is that Europe has given a joint response to the coronavirus crisis. Although long discussions were necessary, a consensus was now reached. The ministers had already negotiated 16 hours the night from Tuesday to Wednesday without finding a solution.

The core of the dispute between the southern countries Spain, Italy, but also France, which were particularly hard hit by the corona crisis and are already heavily indebted, was the issue of joint debt instruments (“corona bonds”) to reduce the financial burden. However, this also means joint liability, which countries like Germany and the Netherlands do not want.

Saudis get in with Shell, Total and Co

Saudi Arabia’s sovereign wealth fund PIF has taken advantage of the lower prices in the corona crisis and, according to the “Wall Street Journal”, has secured shares in four major European oil companies worth a total of about one billion dollars. These are Equinor from Norway, the British-Dutch energy giant Royal Dutch Shell, Total from France and Italy’s Eni group, the paper reports, citing persons familiar with the matter.