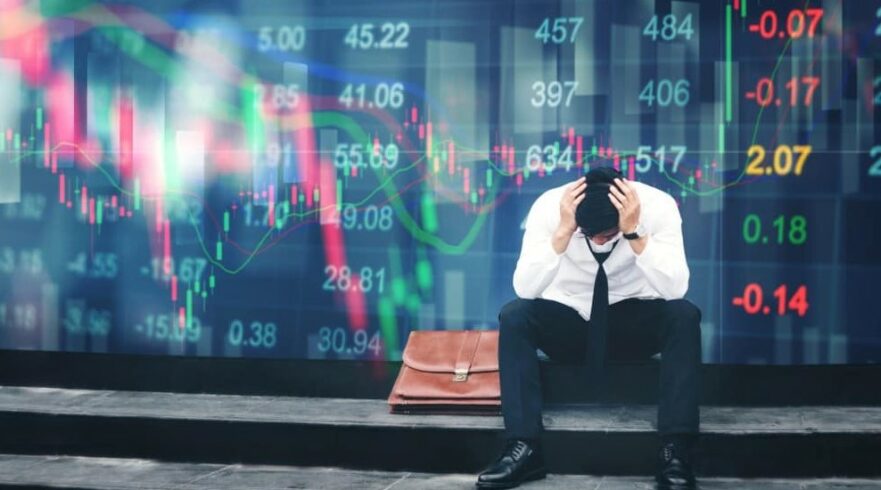 The recent improvement in sentiment on the US equity market gave way to renewed inflation concerns today. Inflation in the US accelerated more than expected in January at a high level. However, pressure came mainly after James Bullard, president of the St. Louis Federal Reserve, said he favours a whole percentage point rate hike by July.

Several rate hikes a year are already a foregone conclusion on Wall Street. The issue so far is whether the first hike in March of 0.25 or 0.5 per cent will take place. Bullard’s statement sent shock waves through the stock market. Investors are currently wondering at what pace the Federal Reserve (Fed) will tighten the monetary reins and fear that it could stifle the economic recovery.

The prospect of rising key interest rates in the US is increasingly making itself felt in the bond market, leading to losses. On Thursday, the yield on ten-year US government bonds rose above the 2 per cent mark for the first time since summer 2019. At its peak, the global benchmark yielded almost 2.05 per cent. Yields on US government bonds also continued to rise in other maturities. The main reason for the rising capital market interest rates is the expectation of a significantly tighter US monetary policy.

US consumer prices appreciated stronger than expected in January, and there is still no sign of an easing. A significant interest rate move by the US Federal Reserve at its March meeting has thus become more likely.

Downward pressure intensified when St. Louis Fed President James Bullard spoke publicly about a whole percentage point rate hike by July. Krampen added that the US Federal Reserve had taken its first monetary policy steps by phasing out bond purchases next month and would raise key interest rates in March for the first time in a long time. “The financial markets are now pricing in a whole series of interest rate hikes.” The first sales of securities this year are also very likely, he said, as long as more dangerous Covid 19 variants do not spread or geopolitics intervene. This perspective has repeatedly hurt the US technology sector in recent weeks.

In addition, the quarterly reporting season continued at full speed. On the previous evening, Disney and Uber had opened their books, and today Coca-Cola, PepsiCo and Twitter, among others, presented their figures.

Asian markets have not yet been weighed down by US inflation data today.

According to traders, however, the fact that consumer prices were due in the USA during the day caused restraint.

On Thursday, the European stock markets trended sideways but were not yet burdened by the US CPI data. At the start of Thursday trading, the EuroSTOXX 50 moved in a narrow range around the zero line. It then gained slightly but slipped into red territory in the day and ultimately fell by 0.17 per cent to 4,197.07 index units.

The DAX started the session on a firmer footing and initially remained in the profit zone. In the afternoon, it temporarily fell back into the loss zone but then climbed back into the plus zone and closed 0.05 per cent higher at 15,490.44 points. The TecDAX closed down 1.60 per cent to 3,383.25 points.

Investors held back before the release of US inflation data in the afternoon. As reported by the US Department of Labour, consumer prices rose 0.6 per cent from the previous month, and the annual inflation rate even rose to a new 40-year high. In addition, the balance sheet season also continued to provide impetus.

The euro came under temporary pressure on the foreign exchange market after the US inflation data, only to recover afterwards. The common currency traded at 1.1430 US dollars in US trading, around 0.1 per cent higher. The euro was fundamentally supported by the order data from the German industry, where the order backlog is currently higher than ever.

Oil prices did not find a predominant direction on Thursday. Interim gains were lost repeatedly so that prices hardly moved at the end of the day. Oil prices benefited initially from the fall in the dollar exchange rate against many currencies. Overall, they remained at a high level but ultimately fell to $91.45 (Brent) and $89.93 (WTI).

The US CPI data and strengthening greenback also impacted cryptocurrencies negatively. Bitcoin fell 3 per cent to $42,850, while Ethereum plummeted by 6.6 per cent to $3,020 per coin. Other altcoins, such as XRP, Cardano, Solana. LUNA or Polkadot was hit very hard as well, dropping between 6 and 8 per cent.

According to the Ifo Institute for Economic Research survey, the German industry can produce for longer than ever before with the current order backlog. According to the survey, they will last for the next 4.5 months. “This has never happened since we first asked this question in 1969. The incoming orders of the past months could not be processed because the companies lacked important preliminary products and raw materials,” said Timo Wollmershäuser, head of the Ifo economic forecasts.

The annual inflation rate in the USA climbed to a new 40-year high. The US Department of Labour announced that consumer prices rose 0.6 per cent from the previous month. Economists surveyed by Dow Jones Newswires had expected only a 0.4 per cent increase. The 0.5 per cent price increase reported for December was confirmed. This raised annual inflation to 7.5 (previous month: 7.0) per cent. This is the highest value since February 1982. Economists had only expected a rate of 7.2 per cent.

The number of initial claims for unemployment benefits in America decreased in the week ending 5 February. Compared to the previous week, the number of claims fell by 16,000 to 223,000 versus 230,000 expected by economists, according to the US Department of Labour in Washington.