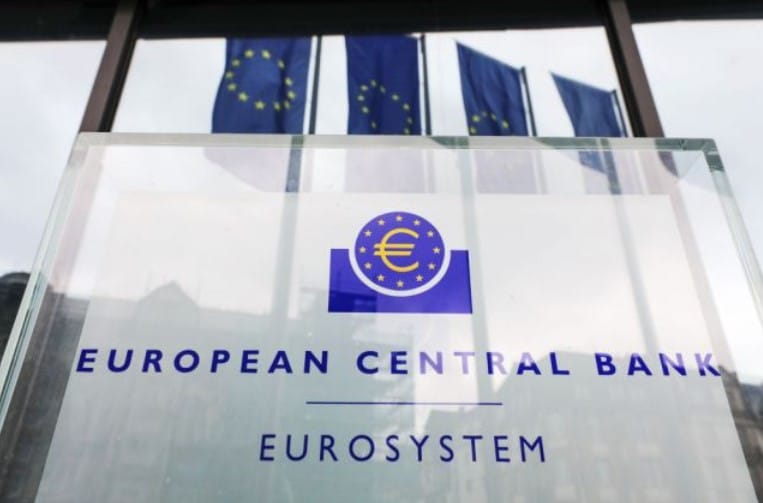 It was worth the wait – was it? Much of what the ECB decided today was expected by most market observers. Moreover, doubts about the usefulness of the measures are growing.

Although the ECB announced further monetary policy relief as announced, including the extension of the emergency bond purchase program PEPP by 500 billion euros to a total of 1.85 trillion euros, the spark on the stock market did not want to fly at first. In general, the enthusiasm is limited, because the (additional) benefits of monetary policy in the eurozone have long been a point of criticism.

Friedrich Heinemann of ZEW, for example, commented: “The ECB is increasingly running the risk of losing all sense of proportion with its massive purchases of government bonds and the extension of maturities that has now taken place. If even ten-year Greek government bonds only have a yield of 0.6 per cent despite the country’s persistent over-indebtedness, then this is clearly an exaggeration”.

Wall Street stabilized somewhat on Thursday, after falling sharply the day before. The Dow Jones still lost 0.24 per cent to 29,998.08 index points. Meanwhile, the NASDAQ Composite was able to close on green territory, gaining 0.54 per cent to 12,405.81 points.

At present, investor hopes continue to be directed towards the realisation of a US economic stimulus package – a non-partisan proposal is up for discussion.

Meanwhile, the IPO of Airbnb was very successful. The initial price of 146 US dollars was 114 per cent above the original issue price. Meanwhile, US initial applications for unemployment benefits rose more strongly than feared.

Investors in Asia have sent the stock markets further south. The Japanese leading index Nikkei lost 0.23 per cent to 26,756.24 points in Thursday trading while the Shanghai Composite index in mainland China closed only marginally lower at 3,373.28 points. Hong Kong also saw a downward trend, where the Hang Seng 50 lost 0.35 per cent to 26,410.59 index points.

Although the chances of a stimulus package in the USA improved, it is said that it is likely to take on smaller dimensions than previously hoped for. The allergic reaction of some people who had received the new corona vaccine from Pfizer and BioNTech, which became known the day before after the East Asian stock market closed, also depressed the mood.

In Hong Kong, participants observed a slowdown in the upward momentum that had recently supported the index. Consolidation is now to be expected. A major issue that continues to cause concern is the tensions between Beijing and Washington, such as the sanctions that the US has imposed because of China’s Hong Kong policy.

Investors on the European stock exchanges continued to hold back today. The EuroSTOXX 50 started barely unchanged and flirted with the profit zone, but in the end, was quoted 0.11 per cent lower at 3,525.30 points.

The key interest rate decision of the ECB did not create any meaningful momentum. On top of this, worries about a post-Brexit trade agreement were exacerbating the mood. According to a conversation between Prime Minister Boris Johnson and EU Commission President Ursula von der Leyen, both sides are “far apart”. In the USA, most attention was focused on the weekly first applications for unemployment benefits, and on consumer prices in November.

What is not likely to please the ECB at all is that the euro remains strong in the Forex market, trading above the 1.21 US dollar mark. In the late Wall Street session, it was traded about 0.5 per cent higher at 1.2142 US dollars.

Oil prices continued to rise, driven by hopes of a rapid resolution of the crisis. The price of North Sea Brent rose above the $50 per barrel mark for the first time since March. A daily increase of 3.44 per cent. WTI light oil also rose over 3.5 per cent and now costs 47.08 US dollars per barrel.

The gold price hardly changed but was swinging between $1,830 and $1,850 per troy ounce intraday.

The most popular cryptocurrencies hardly changed today. The prices moved in a relatively wide range, but on average the prices remained quite stable. A Bitcoin costs at present $18,000, Ethereum $545 and XRP $0.5550.

At the beginning of the fourth quarter, the UK economy continued its recovery from the sharp corona collapse in spring. In October, economic output rose by 0.4 per cent month-on-month, the ONS statistics office announced in London on Thursday. Analysts were surprised by the development. They had expected gross domestic product (GDP) to stagnate on average in the first month of the fourth quarter.

Also, the statistics office reported an increase in industrial production in October by 1.3 per cent month-on-month. Analysts had forecasted an average increase of only by 0.3 per cent.

The number of US unemployment benefits increased strongly in the week ending December 5, and not only slightly as expected. Compared to the previous week, the number of applications rose on a seasonally adjusted basis by 137,000 to 853,000, according to the US Department of Labor in Washington. Economists surveyed by Dow Jones Newswires had predicted an increase to 730,000.

Inflation in the USA remained very subdued in November. As reported by the US Department of Labor, consumer prices rose by 0.2 per cent compared with the previous month. Economists surveyed by Dow Jones Newswires had expected an increase of 0.1 per cent. The stagnation in prices reported for October was also confirmed.

Dwindling takeover fantasies are getting to Grandvision. The shares of the “Apollo Optik” parent company in Amsterdam fell by more than 5 per cent today. According to the news agency Bloomberg, the eyewear manufacturer EssilorLuxottica is considering withdrawing its 7.2 billion euro takeover bid for the optician chain.

The cooking box mail-order company HelloFresh continues to profit from a demand boom during the Corona crisis and has increased its forecast for the fifth time this year.

In recent months, the group has benefited significantly from the increased demand in the current environment, said CFO Christian Gärtner at a capital market day on Thursday in Berlin. The reasons for this included closed restaurants, travel restrictions or curfews, which led to higher spending on food at home.

On Wednesday evening, HelloFresh had already announced in a renewed forecast increase that the management now expects a currency-adjusted sales growth of 107 to 112 per cent for 2020, after previously 95 to 105 per cent. The fact that the strong euro will cost around four percentage points of growth should now no longer jeopardise the doubling of revenues. In 2019, revenue had risen by 41 per cent to EUR 1.81 billion.

The HelloFresh share climbed by almost 16 per cent to 58.10 Euro in the afternoon after the presentation of the capital market day.