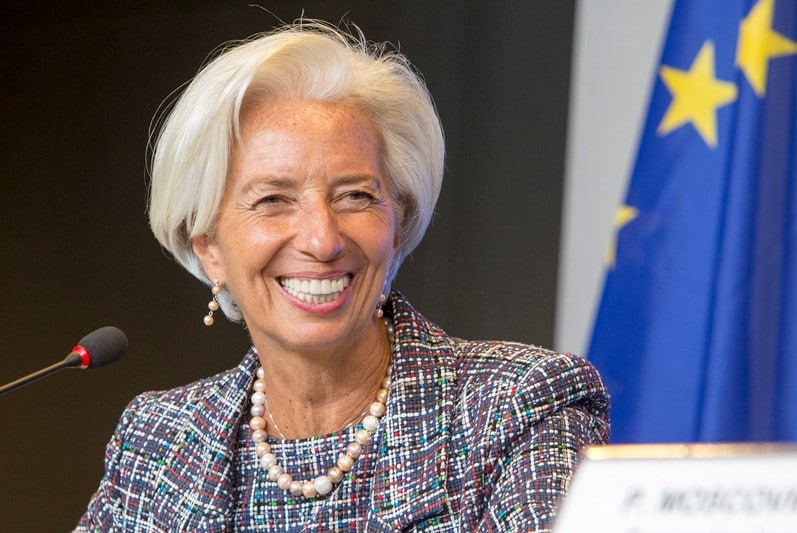 After an initially subdued start to trading, ECB chief Christine Lagarde breathed more dynamism into the afternoon market. The stock market well-received, especially her statement that the ECB’s bond purchases in the second quarter would be significantly higher than in the first. This tends to mean more money for the capital market and pressure on interest rates. Recently, the markets had shown concern because of rising yields. The central bank chief’s statements were eagerly awaited.

As expected, the key interest rate and the scope of the current bond purchases remained unchanged. Lagarde stressed that the central bank would continue to monitor inflation closely and be ready with its instruments. Due to one-time burdens, she expects an increase in inflation to 1.5 per cent for the current year; previously, the central bank had estimated a rate of 1.0 per cent. After that, however, the development should calm down again. The fundamental upward trend in prices is still subdued. Experts even expect temporarily higher rates of up to 3.0 per cent, but primarily due to base effects.

Wall Street investors continued to be optimistic today. The Dow Jones started 0.18 per cent higher at 32,354.50 points and then continued to rise. It climbed to a new all-time high for the fourth day in a row, the current level being 32,661.59 points. In the end, the stock market barometer could not maintain the high level but closed in the profit zone – with a plus of 0.58 per cent at 32,485.59 points. The NASDAQ Composite saw an even more significant recovery after the slight losses of the previous day: it climbed by 1.56 per cent to 13,273.31 points at the start and further extended its gains in the day. The tech index ended the day at 13,398.67 points, up 2.25 per cent.

The number of initial unemployment claims in the USA fell more than expected last week. A further slight fall in bond yields supported the stock market’s technology sector, which reacts particularly sensitively to changes in this respect.

The $1.9 trillion stimulus package signed by US President Joe Biden on Thursday also positively affected the overall market sentiment and continues to give investors hope.

The markets in the Far East also saw a significant upward trend on Thursday. The Japanese benchmark index Nikkei ultimately gained 0.6 per cent to 29,211.64 points. In mainland China, the Shanghai Composite gained 2.36 per cent to 3,436.83 points at the close of trading, while the Hang Seng increased by 1.65 per cent to 29,385.61 points in Hong Kong.

Falling yields in the US bond market, which had been rising rapidly recently, kept investor sentiment buoyant in Asia. Besides, the fact that the multi-billion US bailout package has now cleared every hurdle and will finally be passed was supportive.

Investors in Europe took advantage again on Thursday and pushed the markets higher. The EuroSTOXX 50 recorded a gain of 0.67 per cent to 3,845.64 index units by the end of the trading session.

The German leading index DAX recorded its fourth record day in a row today and thus remained on a record course. By the end of today’s trading session, it had gained 0.20 per cent to 14,569.39 points. The TecDAX was also firmer at the opening bell and significantly extended its gains by the end of the session. In the end, it climbed by 1.65 per cent to 3,360.18 points.

Good conditions supported the European stock market. In particular, the US economic stimulus package, worth billions of dollars, created a buying mood among market participants.

In the early afternoon, attention turned to the ECB, which announced that it would not touch the key interest rate. It will therefore remain at zero. The PEPP programme also continues unchanged.

On the foreign exchange market, the euro extended its gains in the late evening and was the last trading at 1.1987 US dollars. Especially ECB chief Christine Lagarde boosted the common European currency today.

Oil prices rose strongly once again on Thursday. The market cited the good mood on the stock market as the main reason, which hurt the greenback somewhat in particular, as the world reserve currency is less in demand as a safe haven. A barrel of North Sea Brent crude cost a whopping 1.63 dollars more and thus 69.53 US dollars in the evening. The price of American WTI crude oil rose by 1.38 dollars to 65.82 US dollars.

Gold stopped its rally for the time being after being rejected t the $1,740 resistance level. The precious yellow metal was traded at $1,722 per troy ounce at the end of trading.

The cryptocurrencies market saw Bitcoin further rising today, crossing the $58,000 mark with a 3.2 per cent gain on the daily chart. Ethereum stabilised at around $1,840 while other altcoins saw movements in different directions.

Labour costs in Germany increased significantly in the fourth quarter of 2020. One important reason was that this quarter was more strongly influenced by the Corona protection measures than the third quarter or even the first and second quarters. In the course of these measures, the number of hours worked fell in particular, which meant that arithmetically the costs per hour worked rose sharply compared to the previous quarter. As highlighted by the Federal Statistical Office (Destatis), labour costs increased by 2.1 per cent compared to the previous quarter.

The number of initial jobless claims in the US declined slightly more than expected in the week ending 6 March. According to the US Department of Labour, compared to the previous week, the number of claims fell by 42,000 to 712,000 on a seasonally adjusted basis. Economists surveyed by Dow Jones Newswires had predicted only a decline to 725,000.