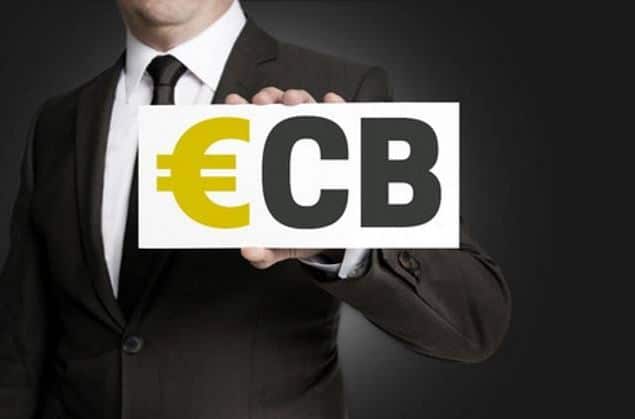 Waiting for the ECB

Today is the day. The ECB’s decision on deposit and interest rates are eagerly awaited for 11:45 GMT today. Many investors have waite on the sidelines before today’s event but, nonetheless, positive movements in the stock markets were witnessed yesterday.

Yesterday, the American stock markets saw a strong uptrend. The Dow Jones index closed 0.9 per cent higher at 27,137 points. The broad-based S&P 500 gained 0.7 per cent to 3,000 points. The composite index of the technology exchange Nasdaq advanced 1.1 per cent to 8,169 points.

In Tokyo, the upward trend was stronger. The Nikkei, which comprises 225 stocks, closed 0.8 per cent higher at just under 21,760 points and at times climbed to its highest level for a good four months.

China’s mainland stock markets also saw an upward trend. For example, the CSI 300 with the 300 most important shares from mainland China was recently 0.95 per cent higher at 3,967 points.

The Hong Kong Hang-Seng index, on the other hand, lost 0.24 per cent to 27,095 points shortly before the close of trading. Here, the losses of the Hong Kong Exchanges & Clearing shares had a negative impact. The exchange operator has submitted a bid for the London Stock Exchange.

The European stock exchanges are still very optimistic on Thursday morning. Germany’s leading index, the DAX 30, is once again clearly in the plus zone and is currently valued at 12420 points.

On the foreign exchange market, the common currency euro remains above the $1.10 mark – for now. The hope of trade talks between the USA and China supports the Chinese currency. The yuan traded domestically is rising by up to 0.5 per cent, and at 7.0810 yuan a dollar costs as little as it has not since 23 August. The USA had previously postponed tariff increases on China products by two weeks, which was interpreted as a signal of goodwill.

The gold price yesterday still remained well below the $1500 an ounce mark. Today’s economic data remains to be seen to determine the direction of the yellow precious metal further. Oil prices also remained widely unchanged. A barrel of Brent crude oil currently trades for around $61 and a barrel of the WTI variety around $55.50.

A similar situation can be witnessed on the cryptocurrency market. No big moves were made yesterday keeping the Bitcoin in a tight range around the $10,200 mark.

Brexit casts a shadow on the markets

Under pressure from Parliament, the British government has published an internal paper in the event of a no deal break. The “Yellowhammer” document, published on Wednesday evening, had already leaked to the press last month and contains forecasts on what might happen in the event of Britain’s unregulated withdrawal from the EU.

The six-page document warns, among other things, of protests and disturbances to public order that would take up a “considerable amount” of the police force. In addition, long waiting times on the English Channel could lead to shortages of medicines. As a result, diseases could break out in animals that could also affect human health. Certain foods are also expected to become scarce, aggravated by hamster buying, according to the document. Fuel shortages could also occur in parts of the country.

Further accusations of manipulation against VW

After new allegations regarding exhaust gas manipulation, VW will probably have a weak start on Thursday. A positive study by the British bank Barclays is unlikely to support this. Pre-IPO, the preference shares in the friendly expected overall market already went down. On the Tradegate trading platform, they lost 1.5 per cent to 153.30 euros compared to the Xetra close.

As the radio station SWR reported, newer diesel engines from the carmaker with the Euro 6 emissions standard were also fitted with software that detects whether the vehicle is on the test bench.

A VW spokesman told the German Press Agency (dpa): According to the current state of affairs, “nothing illegal has happened”. One dealer said that it was currently very difficult to judge. “The report, however, should have a positive effect on the mood.

Apple worth over a trillion again

Since Apple presented the novelties in the Apple world on Monday, the Apple share has taken off. The technology stock reached its highest level for several months. Also, the Group again achieved a market capitalization of one trillion US dollars.

In December of last year, the technology groups Amazon, Apple and Microsoft fought a close race for the top position as the most valuable company in the world. In the end, Amazon was the front-runner for the first time in history and, with a market capitalization of 865 billion dollars, only just beat Apple with 864.8 billion dollars. Meanwhile, Apple is again ahead of Amazon, but behind Microsoft.

The head of SAP rival Oracle, Mark Hurd, has surprisingly announced a time-out. “I decided I needed time to focus on my health,” Hurd said. His responsibilities will initially be assumed by Oracle founder and Chief Technology Officer Larry Ellison and Co-CEO Safra Catz. Investors reacted nervously, and the share fell by around four per cent.

Oracle also presented its quarterly report after the close of trading – one day earlier than initially planned. In the three months to the end of August, net profit fell by six per cent year-on-year (YoY) to $2.1 billion. Despite good growth in the cloud business, revenues stagnated at 9.2 billion dollars. Analysts had expected more.