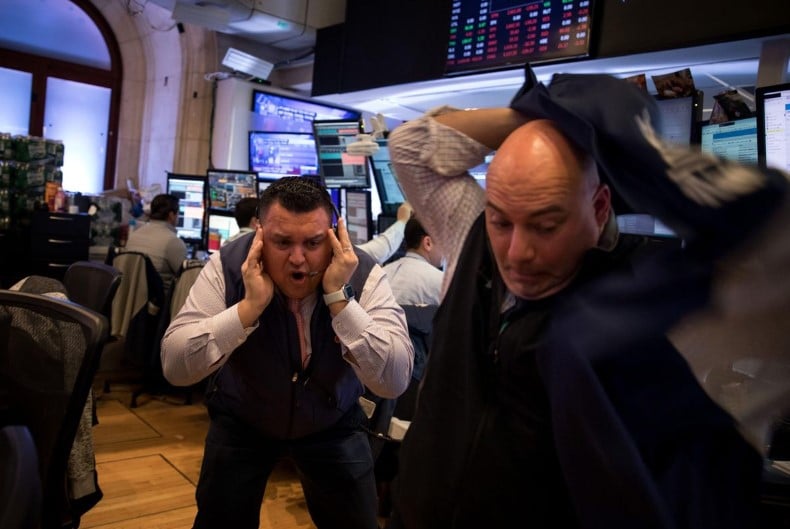 No Need to Worry

After yesterday’s slide, Wall Street recovered strongly today. Among other things, good economic data from the US labour market made investors optimistic.

On Wednesday, the unexpectedly strong increase in US consumer prices by more than four percent sent the US stock markets into a tailspin. Investors fear that the price pressure could stall the recovery of the world’s largest economy. The US Federal Reserve might then have to raise interest rates sooner than expected. If interest rates rise, refinancing for companies could become more expensive. In addition, equities would become less attractive in this scenario compared to interest-bearing securities.

Experts point out that the large number is largely due to the statistical base effect. In April of the previous year, the pandemic had depressed prices. The vice-chairman of the US Federal Reserve, Richard Clarida, does not yet see any great danger in the significant rise in inflation in April. The development will probably prove to be temporary, he said on Wednesday at the National Association for Business Economics event.

After the extremely weak previous day, the US stock markets took a recovery course on Thursday. The Dow Jones started the session 0.11 per cent higher at 33,624.75 points and steadily extended its gains. It ended up 1.29 per cent higher at 34,020.98 index points. The NASDAQ Composite also showed green signs, closing 0.72 per cent firmer at 13,124.99 points.

The previous day, Wall Street was pushed deep into the red by rising inflation and accompanying interest rate concerns among investors. After the initial jobless claims were lower on Thursday, stock exchange traders seemed somewhat reassured. On the other hand, producer prices rose by 0.6 per cent for the month in April, compared to an expected increase of only 0.3 per cent.

On Thursday, there was only one direction on the most important Asian stock exchanges: down.

The Asian stock exchanges were weighed down on Thursday by poor guidance from the USA. There had been a substantial sell-off on Wall Street the previous day. The reason for this was interest rate concerns, as inflation rose sharply in April.

Investors were worried that the US Federal Reserve could soon adopt a more restrictive monetary policy with possibly rising interest rates to curb inflation. KGI Securities said that recent data suggested that the Chinese central bank had already started to normalise its loose stance. Among other things, higher interest rates are making it more expensive for companies to finance themselves, traders said.

The European stock exchanges were again able to make slight gains today. The EuroSTOXX 50 ultimately posted marginal gains after starting Thursday’s trading slightly lower. At the close of trading, a plus of 0.13 per cent to 3,952.45 points remained on the price board.

The DAX initially experienced heavy setbacks and sank deep into the loss zone. However, in the day, it turned around, and the leading German index finally closed with a plus of 0.33 per cent at 15,199.68 points. The TecDAX also fell at the start of trading but was also able to move into positive territory during the trading session and closed up 0.68 per cent at 3,284.58 points.

The US and Asian markets trended extremely weak. Fear of rising key interest rates made investors keep their guard well up. On the previous day, inflation data had put particular pressure on Wall Street. In the afternoon, the recovering US stock markets also pulled Europe’s markets up somewhat.

The greenback had gained against almost all major currencies on the foreign exchange market on Wednesday following significantly higher inflation in the United States. The euro stabilised on Thursday and ultimately hovered around 1.2080 dollars.

Oil prices fell significantly after the gains of the past few days. Brent crude from the North Sea fell by 2.4 per cent to 67.67 dollars per barrel, while WTI oil from the USA dropped 2.08 per cent to 64.00 dollars. The uncontrolled spread of the coronavirus in India’s important consumer country and Southeast Asia is fuelling fears of a drop in demand, wrote analysts at brokerage firm PVM Oil Associates.

After last day’s drop, gold prices stabilised and climbed back to $1,826 per troy ounce by NYSE close.

Cryptocurrencies were held under pressure and could not recover much of their hefty losses from the previous day. Bitcoin traded at $49,500, while Ethereum lost 10 per cent to $3,700. The day’s winner in crypto land was Ethereum’s rival Cardano which shot up 14 per cent to $1.92.

The number of initial claims for unemployment insurance benefits in the United States decreased in the week ending 8 May. Compared to the previous week, the number of claims fell by 34,000 to 473,000, according to the US Department of Labour in Washington. Economists surveyed by Dow Jones Newswires had predicted an increase to 500,000. For the previous week, the figure was revised upwards to 507,000 from the original 498,000.

Producer prices in the USA increased more than expected in April. They rose by 0.6 per cent compared to the previous month, as the Labour Department announced in Washington on Thursday. Economists had forecast an increase of only 0.3 per cent on average. Excluding the highly volatile prices for food and energy, the month-on-month price increase was 0.7 per cent.