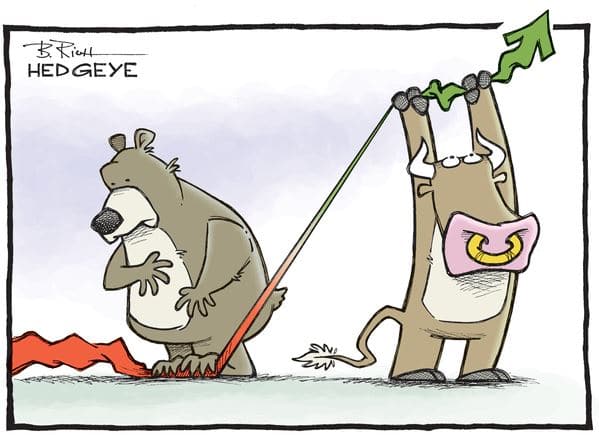 Sell in May and go away

“Sell in May and go away”- the old stock market wisdom seems to have come true so far – even in Corona times.

The whiff of optimism that prevailed last week in the face of the gradual easing of corona restrictions has now returned. Suddenly investors are getting the creeps. They fear a second wave of new infections. This would have fatal consequences for the economy.

The global recession could possibly be longer than expected. A warning by the highest US Federal Reserve Banker Jerome Powell on Thursday pushed the markets further down. However, there was a ray of hope once again when in late US trading signals came in that additional stimulus on both the monetary and fiscal policy fronts to ward off a deeper and more destructive downturn is on the cards.

After a weak start, the US stock exchanges made it into the plus in Thursday trading. The Dow Jones was 0.86 per cent lower at 23,049.06 points at the start of trading but then slipped back even further. The mood improved over the day, with the leading index closing 1.62 per cent higher at 23,625.34 points. The NASDAQ Composite also started trading with losses of 0.85 per cent at 8,788.04 units. Here too, however, investors picked up more strongly later in the NY session and lifted the stock market barometer into the profit zone. With a gain of 0.93 per cent, the trading session ended at 8,943.72 index points.

In addition to the corona crisis, the resurgent trade dispute between the USA and China once again increasingly moved into the focus of investors. The background to this is the intensification of the rhetoric, particularly on the part of the US President towards the People’s Republic. Trump repeated his accusation that China is to blame for the outbreak of the pandemic. Additionally, the President ruled out renegotiating the Phase 1 trade agreement with China.

Renewed concerns about the economy have also weighed on the Asian stock markets. In Japan, the Nikkei closed with a loss of 1.74 per cent at 19,914.78 points. The trend was also downward in China. On the Chinese mainland, the Shanghai Composite fell by 0.96 per cent to 2,870.34 index points by the end of trading. The Hang Seng stock index in Hong Kong fell by 1.45 per cent to 23,829.74 index units.

The stock exchanges in Europe had to accept losses on today’s trading day, some of them severe. The late turnaround on Wall Street could no longer help any of the European stock exchanges to get back into positive territory. At the start, the EuroSTOXX 50 was already in the red and remained there during the day. At the close of trading, it was 1.79 per cent lower at 2,760.23 points.

The German stock market also posted significant losses on Thursday. At the start of trading, the DAX was already in the red and continued to fall sharply. In the meantime, it came dangerously close to the 10,000 point mark again. However, it was able to recover somewhat and ended the day “only” 1.95 per cent lighter at 10,337.02 index units. The TecDAX also fell sharply, having already started trading in the red. At COB, the index recorded a loss of 2.44 per cent to 2,914.45 points.

The economic worries fueled by Fed Chairman Powell and US President Trump drove investors further into “safe havens”. The dollar index, which reflects the exchange rate against major currencies, rose by up to 0.3 per cent to a three-week high of 100.556 points.

The euro exchange rate moved only slightly overall on Thursday but made up for slight losses in the afternoon. Already in the morning, the euro exchange rate had hovered around the 1.08 dollar mark. The European Central Bank (ECB) finally set the reference rate at $1.0792 (Wednesday: $1.0875).

The Australian dollar was one of the biggest losers in the Forex market today. Due to the economic consequences of the current crisis, the number of people employed in Australia fell more than ever before in April. The Australian dollar has fluctuated particularly sharply in recent weeks because Australia’s economy has been walloped not only by the pandemic but also by the renewed dispute between Washington and Beijing.

Oil prices soared on Thursday according to a new demand forecast by the International Energy Agency (IEA). The barrel (159 litres) price of North Sea Brent crude was most recently quoted at $30.08. That was 89 cents more than on Wednesday. The price for a barrel of the US variety WTI rose by 79 cents to 26.08 US dollars.

Cryptocurrencies further extended their upwards trend on Thursday with Bitcoin leading the pack of the most relevant digital assets. Bitcoin gained over 5 per cent to $9,800, while Ethereum increased b 1.9 per cent to $203 and XRP rising by 1 per cent to $0.2040.

The number of initial applications for unemployment benefits in the USA continues to rise rapidly. Last week, almost 3 million citizens applied for state support. Experts had expected only 2.5 million. Since March 21st, about 36 million Americans have applied for unemployment assistance. However, the number of applications has been decreasing continuously for several weeks. The peak was reached in the week until March 28th with 6.86 million. The virus crisis has put an abrupt end to years of a booming US job market and has caused mass unemployment. In April alone, 20.5 million jobs outside agriculture were cut – the most drastic job losses recorded since the Great Depression of the 1930s.

Aurora Cannabis has opened the books and presented the key figures for the third quarter of 2020.

On the earnings side, things went better than in the third quarter of the previous year. With an Adjusted EBITDA of -$50.8 million, the company made a significantly lower loss than in the second quarter, when -$80.85 million was generated with this key figure. The company did not report a net loss.

Aurora believes it is also on track to achieve its future targets. Several concrete steps have been taken to put Aurora firmly on track to meet or exceed the previously announced goals. These steps are intended to strengthen Aurora’s balance sheet and reduce future costs as the company works towards profitability and positive cash flow.

Aurora Cannabis stock, after already rising 14 per cent to $6.61 in regular trading, increased by a further 6.48 per cent to $7.07 in post-trading after the figures were released.

Another hard blow for Boeing: The US airline Delta announced on Thursday that it would be phasing out all long-haul Boeing-777 aircraft. Instead, Delta will use the more economical Airbus models A330, and A350 on international routes, Delta boss Ed Bastian wrote in an e-mail to the employees. The 18 type 777 aircraft are to leave the fleet by the end of the year.