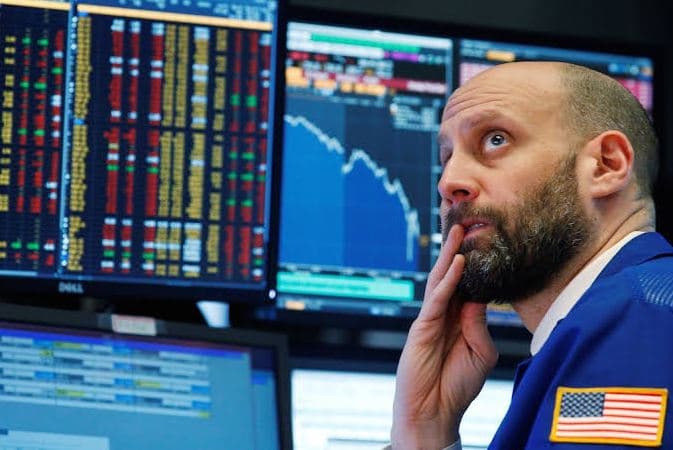 The Markets are getting nervous

The intensification of the trade conflict between the USA and China is draining the nerves of many investors.

Investors on the US stock markets pulled the ripcord on Wednesday after a day of recovery. Short hopes in the trade war with China immediately gave way to fear of the economy. Above all, the inverse yield curve led to growing fears of a recession. The leading index Dow Jones Industrial fell by 3.1 per cent to 25,479 points. It had not lost 800 points in a single day this year.

Global concerns over the trade dispute between the US and China have dragged Asian stock markets down on Thursday. The cautious hope of a concession on both sides, which had led to a recovery attempt the previous day, quickly evaporated. In Tokyo, the Nikkei 225 closed with a loss of 1.2 per cent to 20,405 points. On China’s mainland stock exchanges, the CSI 300 fell by half a per cent, and in Hong Kong, the Hang Seng fell by 0.2 per cent.

In Germany, the Dax had fallen by 2.2 per cent yesterday, thus falling below the important chart technical range of around 11,600 points.

Investors are looking ahead to a lot of economic data coming out of the US today. At 12:30 GMT, the Retail Sales, Empire State Index, Philly Fed Index and the weekly Unemployment Claims will be released. Industrial production and capacity utilization at 13:15 GMT will also be of interest.

The EUR/USD continues to look somewhat bearish as it comes further down to just around 1.11. Positive UK retail sales data (YoY) gives the Cable (GBP/USD) a boost above the 1.2100 mark.

The gold price picked up again on Wednesday and is currently trading around the $1,515 mark.

Oil prices on Thursday continued the heavy losses of the previous day. The initial slight losses from early trading intensified until noon. A barrel (159 litres) of Brent from the North Sea recently cost 58.16 US dollars. That was 1.32 dollars less than the previous day. The price for a barrel of West Texas Intermediate (WTI) fell by 1.01 dollars to 54.22 dollars.

The cryptocurrency market suffered heavy losses on Wednesday. The overall market cap is currently sitting at $260 billion. Bitcoin continued its fall with another minus 5 per cent and is now just holding above $10,000. Other large-cap cryptos such as Ethereum, XRP, Litecoin, BitcoinCash, EOS and others dropped even heavier with around 10% losses. The Chinese token Tron performed even worse and lost almost 15 per cent in one day.

The US-Chinese trade dispute and the weakening global economic momentum also seem to be forcing customers of the US network specialist Cisco to hold back on investment. For the first quarter of the current fiscal year 2020, the company expects sales growth of only zero to two per cent. Analysts had previously assumed a growth rate of 2.56 per cent. Adjusted earnings per share are expected to be between 80 and 82 US cents. The experts’ expectations here were one cent higher. In an initial reaction in the post-trading business, the share plummeted by more than seven per cent.

In the fourth quarter, revenue had risen by six per cent to $13.4 billion, but bottom-line profit fell by almost half to $2.2 billion due to special effects. Excluding these, net income increased by nine per cent to $3.6 billion.