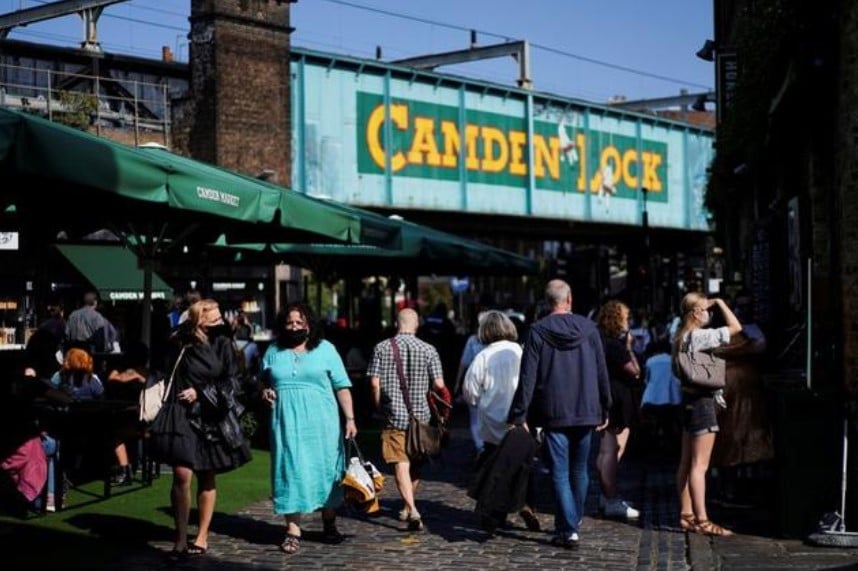 The uncomfortable part of the autumn has now reached the stock markets and is causing increasing uncertainty. In many parts of Europe, especially in the metropolitan areas, new infections have reportedly risen to record levels. Many EU countries have reacted with more drastic measures. Now, market experts no longer rule out renewed lockdowns in Europe, which at least today frightened investors.

Besides, the perennial topic of Brexit causes discomfort. The EU heads of state and government are meeting in Brussels until Friday to discuss Britain’s withdrawal from the EU. The transition period for Great Britain expires at the end of the year. If no free trade agreement has been reached by then, there is a threat of hard Brexit. In this case, the economy fears severe damage.

Wall Street came under greater selling pressure today, but in the end, it was able to limit the heavy price losses.

The focus of traders was on the second wave of infections, which became more prominent again due to the tightening of restrictions in Europe. In the US, the uncertainty ahead of the US elections and the still unsuccessful struggle for a stimulus package for the corona-ridden economy continued to weigh on the markets as well. Especially on the last topic, the market’s view had moved from “a lot of optimism” to “not so sure anymore”.

The Asia-Pacific markets also trended weaker on Thursday. The Japanese leading index Nikkei fell by 0.51 per cent to 23,507.23 points while Shanghai’s Composite index was ultimately 0.26 per cent lower at 3,332.18 points. In Hong Kong, the leading index Hang Seng dropped even sharper by 2.06 per cent to 24,158.54 index points.

Europe’s stock markets fell deep into the red on Thursday. The EuroSTOXX 50 recorded steep declines and ultimately fell 2.46 per cent to 3,192.69 points.

The Dax 30 also slumped by 2.5 per cent to around 12,704 points, the biggest drop in share prices since the end of September. The most recent recovery in October is thus halted for the time being. The TecDAX also posted significant losses, ending the day 2.22 per cent down at 3,134.54 units.

The specifications from Wall Street and Asia were not able to provide support – on the other hand, the rising corona infection figures and the associated restrictions on public life in many European countries put pressure on the mood of investors.

Due to the increased risk factors in the market, many investors took their money in the bond market to safety: US government bonds rose. The greenback was also in high demand and gained 0.5 per cent in Forex trading against a basket of currencies. The euro also suffered heavy losses today and was ultimately exchanged at only 1.1698 US dollars in New York trading.

The growing uncertainties in the financial markets also affected oil prices. For example, a barrel of Brent crude fell by 88 cents to only 42.44 US dollars. US WTI light oil lost 86 cents to 40.18 dollars per barrel.

The cryptocurrency market was also burdened by the strengthening US dollar exchange rate but could soon be viewed as an alternative safe haven, according to some experts. The Bitcoin price fell by 0.5 per cent to $11,300, while Ethereum dropped 2 per cent to $370 and XRP by 2.2 per cent to $0.2440.

The development of prices in China at the producer level and among consumers in September came in below expectations. Producer prices fell by 2.1 per cent compared with the previous year, as the national statistics authority announced in Beijing on Thursday. Consumer prices also failed to reach the experts’ estimates in September.

In the USA, the mood in New York’s industrial companies has surprisingly clouded over significantly in October. The Empire State Index fell from 17.0 points in the previous month to 10.5 points. Analysts had expected an average decline to 14.0 points. In contrast, the Philly-Fed-Index for October came as a surprise. At 32.3 points, it was significantly higher than expected.

Ripple, one of the world’s best-known crypto-companies, based in San Francisco, is increasingly frustrated with the way the US government and the SEC are dealing with crypto-companies.

A broader debate is currently taking place about the role of central banks and digital currencies. Critics like Larsen, on the other hand, warn that the US, with its hostile attitude to the crypto industry, runs the risk of leaving financial innovation to China, which is working on the introduction of its digital national currency. On the one hand, this could cause the US to lag behind in block-chain technology in the future; on the other hand, critics even fear for the status of the US dollar as a reserve currency.

For years, Ripple fought with the SEC and investors over whether the digital currency XRP is a security. Bitcoin and Ethereum were exempted by the SEC from the Securities Act because the SEC believes that they are not centrally controlled. According to Ripple, the network that monitors the XRP transaction – like the two competing products mentioned above – is also decentralized.

Chris Larsen, CEO of Ripple, therefore warned during a virtual interview with Fortune at the LA Blockchain Summit that the company is about to move its headquarters overseas in response to strict regulation. In his opinion, almost every other country has a more favourable regulatory climate for the crypto industry than the United States. If Ripple does take this step, he says the UK and Singapore are likely targets for the company.

Larsen also acknowledged that the move of Ripple’s headquarters would not end US jurisdiction for many of its divisions – but it would be a relief to have another country as Ripple’s primary regulator.

The boom in US tech stocks benefits the Norwegian sovereign wealth fund in the Corona pandemic. In the third quarter, its value increased by 412 billion kroner (37.5 billion euros). All in all, the financial markets were still dominated by the uncertainty surrounding the pandemic in the summer, said fund chairman Nicolai Tangen. “Nevertheless, the stock markets have yielded good returns, mainly thanks to the strong performance of the US technology sector”.

The fund, which was established in 1996, currently has a total volume of 991 billion euros, making it the largest of its kind in the world. This means that each citizen is entitled to around 185,000 euros. The fund holds shares in about 9,200 companies worldwide. In the third quarter alone, it achieved a return of 4.3 per cent, which is mainly due to the account of the shareholdings.