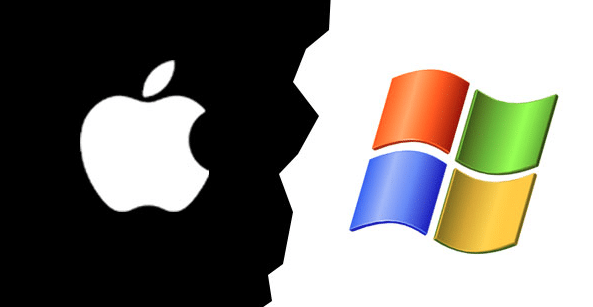 After a reasonably positive start, the American stock markets slipped significantly in trading. Shares such as Apple and Microsoft were hit particularly hard by the sell-off.

Several central bank decisions were the most important topic on this “Super Thursday”. The ECB is venturing a gradual departure from crisis mode and is phasing out its pandemic emergency programme PEPP worth billions. The ECB Governing Council decided this afternoon to end bond purchases at the end of March 2022. Nevertheless, monetary policy still remains very expansionary, as the key interest rate remains at the record low of zero per cent.

Moreover, further monetary tightening with rising interest rates does not seem to be in sight. “In the current circumstances, as I have said before, it is implausible that we will raise interest rates in 2022,” ECB President Christine Lagarde said after the rate decision. That would continue to apply. But monetary watchdogs would have to pay very close attention to the data, she said. “And we will do that,” Lagarde said.

At the same time, the central bank has almost doubled its inflation forecast for the coming year. Its economists now predict an average inflation rate in the monetary union of 3.2 per cent. In September, they had still assumed 1.7 per cent. “Inflation is likely to remain high in the short term but to moderate in the course of next year,” Lagarde said.

Investors showed no consistent trend on Thursday. Standard stocks remained stable, while tech stocks fell sharply. The Dow Jones closed at 35,897.64 points, a marginal minus of 0.08 per cent, while the NASDAQ Composite tech index plummeted, losing 2.5 per cent to 15,180.43 points.

The positive reaction on Wall Street to the accelerated tightening of US monetary policy did not last. Investors took advantage of the previous day’s recovery to take profits. Growth stocks from the technology sector were particularly affected. The sector is considered to be particularly sensitive to interest rates due to its high leverage and thus the loser of a tighter monetary policy. In contrast, cyclical stocks and so-called value stocks were sought after.

As beneficiaries of higher interest rates, banking stocks topped the list of winners, with the sector gaining 1.6 per cent. On the other hand, technology stocks lost more than 3 per cent on average.

Adobe shares were hit particularly hard. A disappointing outlook led to the biggest drop in the share price since the stock market crash of March 2020. The “Photoshop” provider expects sales of 17.9 billion dollars for the 2022 financial year, which is less than market observers expected.

Asian stock markets reacted cautiously positive to the accelerated monetary tightening in the USA and the prospect of three interest rate hikes in the coming year. The market said that the US economy seems to be robust enough to cope well with these measures. Other voices spoke more of a defiant reaction of the markets to the decisions, which were unfavourable for shares.

In Japan, the strong dollar, which improves the export prospects of Japanese companies, was also a supportive factor. However, in Hong Kong, there were concerns that more Chinese companies could end up on the US blacklist.

The European stock markets rose strongly on Thursday. The EuroSTOXX 50 closed 1.01 per cent higher at 4,201.87 points.

The DAX had to give up some of its initial gains in the session and ultimately left up 1.0 per cent at 15,636.40 points. The TecDAX started positively but closed 0.23 per cent lower at 3,827.46 points at the end of the session.

The US stock markets provided substantial guidance on Thursday, and the Fed’s decisions were also seen as positive in Europe, as investors now have more planning certainty. The interest rate level expected until the end of 2024 had hardly changed.

The euro reacted to the central bank’s decision with price gains on the foreign exchange market. The common currency rose at times to 1.1360 US dollars. The Turkish lira, on the other hand, sank ever lower. The Turkish central bank lowered the key interest rate by one per cent to 14 per cent. Inflation in Turkey is around 21 per cent. The political leadership rejects high-interest rates to fight inflation, while the economic consensus sees interest rate hikes as a means of combating high inflation rates. In Turkey, high inflation is now eating into wages, and popular discontent is growing.

Oil prices significantly extended initial gains on Thursday. A barrel of Brent crude rose by 1.61 dollars and cost 75.48 US dollars in the evening. WTI light oil even rose by 2.03 dollars to 72.90 dollars. Oil prices benefited from the positively received decisions of the US Federal Reserve the previous evening.

The gold price continued to climb and crossed the $1,800 mark per troy ounce shortly before the closing bell.

Good news for the Japanese economy: Exports, essential for the country, increased significantly in November. Driven by a recovery in car sales abroad and an increase in demand for semiconductor and steel products, exports rose by 20.5 per cent year-on-year to around 7.4 trillion yen (approximately 57 billion euros), as the Ministry of Finance in Tokyo announced on Thursday based on preliminary data. Exports thus recovered strongly from the weak October, when supply bottlenecks in the automotive industry particularly weighed on export growth. However, the latest increase is not unexpected; economists had expected a plus of 21 per cent.

The eurozone‘s foreign trade surplus fell again in October. As the statistics office Eurostat announced in Luxembourg on Thursday, the trade surplus decreased from 6.1 billion euros in the previous month to 2.4 billion euros in the previous month. Imports rose more strongly than exports. While exports increased by 2.4 per cent compared to September, imports rose by 4.3 per cent.

The number of claims for US unemployment benefits increased in the week ending 11 December. Compared to the previous week, the number of claims rose by 18,000 to 206,000, according to the US Department of Labour in Washington. Economists surveyed by Dow Jones Newswires had predicted an increase to 195,000.