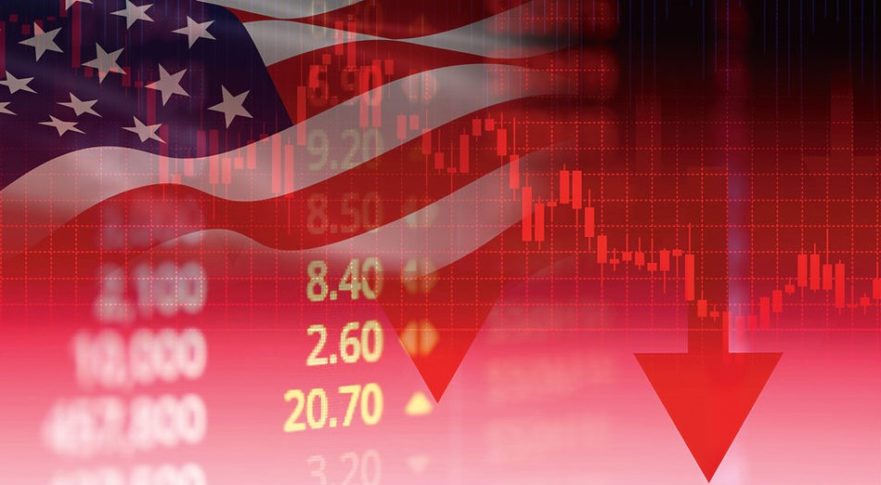 The day after the Fed

Without the hoped-for further impulses from the US Federal Reserve, most global markets trended in negative territory on Thursday. Although the Fed had confirmed longer-term zero interest rates the previous evening, it had not taken any further decisions to relax monetary policy.

Like the US Federal Reserve, the Bank of Japan intends to stick to its loose monetary policy for the time being. Japan’s economy is beginning to recover slowly but is still in a difficult situation due to the consequences of the corona pandemic, the central bank in Tokyo announced in the morning after two days of consultations. Japan’s commercial banks can continue to obtain money from the central bank at virtually no cost. Loans for business investments and consumers will remain cheap.

The Dow Jones fell into the red at the sound of the starting bell on Wall Street – at first, it continued to fall, but in the meantime, the decline was reduced. In the end, however, the Dow posted losses of 0.47 per cent to 27,901.98 units. The NASDAQ Composite started deep in the red as well. It then shook off some of its losses but finally ended 1.27 per cent lower at 10,910.28 index points.

Even the great IPO of the cloud provider Snowflake from the lecture did not have a lasting effect today. The share, which had gained 111 per cent on the first day of trading, is now consolidating. It was the largest IPO so far this year with a volume of around 3.4 billion dollars.

The largest stock exchanges in Asia posted losses on Thursday.

Bears also dominated on the Chinese mainland: The Shanghai Composite lost 0.41 per cent and ended the day at 3,270.44 points. The stock market in Hong Kong was also down, with the Hang Seng losing 1.56 per cent to 24,340.85 points.

The Asian stock markets thus followed the weakness of the US indices after the meeting of the US Federal Reserve (Fed) the previous day, when the US currency guardians announced on Wednesday that they intended to maintain the extremely low key interest rate level in the long term. They do not expect interest rates to be raised before the end of 2023.

Against this backdrop, the Bank of Japan’s commitment to its loose monetary policy did not bring any new impetus to the Tokyo quotations. Japan’s commercial banks can continue to obtain money from the central bank at virtually no cost. Although the economy is in a slow recovery, it is still in a serious situation due to the consequences of the pandemic, the central bank in Tokyo announced on Thursday after two days of consultations.

The European stock markets recorded losses. The EuroSTOXX 50 ended the day with a discount of 0.67 per cent to 3,316.57 digits.

After a weak start, the domestic Dax 30 closed well above its low for the day at 13,208 points. In percentage terms, the index thus fell by 0.4 per cent, compared with a decline of 1.7 per cent at its intraday peak. The TecDAX ultimately lost 0.53 per cent more ground to 3,100.83 units.

Market participants thus reacted with disappointment to the US Federal Reserve Bank, which has spoiled the mood for the time being. After the meeting of the US currency watchdogs, both the US dollar and yields had risen, while the majority of stocks and commodity prices went down.

On the foreign exchange market (Forex), the euro remained on a recovery course even in US trading on Thursday. The European common currency was last quoted at 1.1835 US dollars. In early European business, it had fallen to its lowest level for a month at $1.1738. Latest economic data from the USA was rather disappointing and put pressure on the dollar. Construction starts in August fell more sharply than expected.

Nevertheless, the British pound has dropped. The British central bank has confirmed its crisis course and left the key interest rate at a record low of 0.10 per cent. However, it made it clear that it was considering negative interest rates to support the weakening economy. This would make the pound even less attractive for investors.

Saudi Arabia’s call for discipline in oil production fuelled oil prices today. In the afternoon, a barrel of North Sea Brent traded 1.18 US dollar higher at 43.39 US dollars. The price for West Texas Intermediate (WTI) also rose by $1.00 to 41.16 US dollars.

The gold price remained under further pressure, initially dropping as low as to $1,932. At the end of the US trading session, the price for a troy ounce of gold was back up at $1,944, still almost $10 down intraday.

There’s currently a lot of movement and bullish excitement in the digital assets space. Almost daily we hear about “digitization of the financial system”, regulators sending positive signals and now the cryptocurrencies exchange Kraken becoming the first crypto bank! Some of the news provided a tailwind for most of the major digital assets today. Bitcoin increased by 0.6 per cent to $10,940, Ethereum rose 2.1 per cent to $388, and XRP gained 1.5 per cent on the day to $0.2550.

The number of first-time applications under the US unemployment insurance scheme decreased slightly more than expected in the week ending September 12. Compared with last week, the number of applications fell by 33,000 to 860,000 on a seasonally adjusted basis, according to the US Department of Labor in Washington. Economists surveyed by Dow Jones Newswires had only predicted a decline to 875,000.

Despite the economic recovery, many Europeans still have no money for a new car. The demand for new vehicles shrank by almost 19 per cent to 769,525 new cars in August across Europe. In July, new registrations had fallen by just under 6 per cent. Overall, passenger car sales in the first eight months fell by almost a third to 6.1 million vehicles. Since the beginning of the year 2020, Spain has been one of the major EU markets with a minus of 40.6 per cent, followed by Italy with minus 38.9 per cent and France with minus 32 per cent. In Germany, manufacturers sold almost 29 per cent fewer vehicles.

The Frankfurt Stock Exchange operator acquires a majority stake in Quantitative Brokers. According to Deutsche Börse, the company hopes that the acquisition will give it better access to the buy-side, i.e. large investors such as pension funds and insurance companies. The New York-based company is active in the market for electronic order execution using algorithms and could significantly reduce costs for these customers. The revenues of Quantitative Brokers are expected to be around 25 million dollars in 2020, according to the stock exchange. No information on the purchase price was being reported.

At the same time, the Frankfurters are courting the Milan stock exchange operator, while competitors are the multi-country exchange Euronext and the Swiss stock exchange SIX. Borsa Italiana is a subsidiary of the London Stock Exchange LSE.