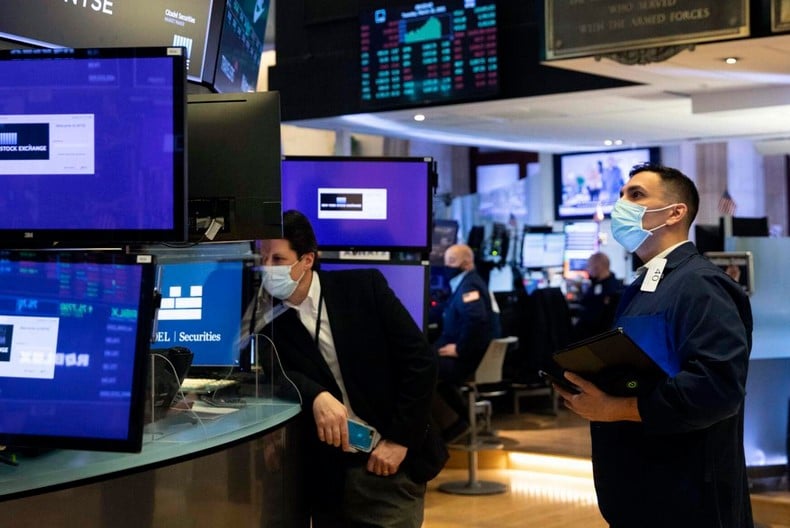 The High and the Low

While the stock market party continued in many places after yesterday’s Fed meeting and some indices celebrated new record highs, there was already disillusionment in the USA. Investors’ joy over more cheap central bank money fizzled out as bond yields rose again. Once again, technology stocks, in particular, were hit hard, pushing the Nasdaq down by more than 3 per cent.

Ten-year US government bonds currently yield around 1.74 per cent, a 14-month high, and 30-year bonds 2.49 per cent. Higher interest rates are a burden on growth-oriented tech companies in particular because they increase financing costs.

On Thursday, a negative trend was observed on Wall Street. The Dow Jones was almost unchanged at the start but was then able to gain. At times it set a new record. At the close of trading, however, it ultimately lost 0.46 per cent to 32,862.17 points. The NASDAQ Composite opened lower and subsequently fell. At the close of Wall Street trading, it was down 3.02 per cent at 13,116.17 points.

While the Fed statements caused price increases in Germany, other parts of Europe and Asia, the euphoria in the USA seemed to have subsided somewhat. Yields on the bond markets continued to rise and thus weighed on tech stocks in particular.

The Far East’s stock markets reacted positively on Thursday to the Fed statements of the previous day. Japan’s benchmark Nikkei index closed with a gain of 1.01 per cent at 30,216.75 points. In mainland China, the Shanghai Composite rose 0.51 per cent to 3,463.07 points by the end of trading, while Hong Kong’s Hang Seng leading index gained 1.28 per cent to 29,405.72.

Higher bond yields did not tempt the Fed to change course, which went down well in the stock markets. In this context, “dovish” remarks by Jerome Powell also created a buying mood. Accordingly, the US Federal Reserve Chairman wants to support the economy until it has recovered from the corona aftermath.

The European stock exchanges continued to rise on Thursday. The EuroSTOXX 50 started with a gain and then extended it. It ended the trading day with an increase of 0.57 per cent to 3,871.78 points.

The price driver was the US Federal Reserve. It has increased its US growth forecast for 2021 considerably but intends to keep its monetary policy extremely loose despite an increase in inflation.

The dollar strengthened again in the wake of rising bond yields and gained against most currencies in the foreign exchange market. In late European trading, the euro slipped to a daily low of 1.1909 US dollars; most recently, the euro exchange rate was quoted minimally higher in US trading.

Oil prices fell sharply today. Brent oil fell by a whopping 3.45 dollars to 65.55 US dollars. American WTI light oil even fell by 3.58 dollars to 61.03 US dollars per barrel. Among other things, traders pointed to the increased exchange rate of the US dollar. The sharp decline was also triggered by concerns about a possible oversupply of oil. This was partly due to statements made by the International Energy Agency (IEA) the previous day. The IEA countered forecasts by some commodity analysts who expect price increases on the oil market, some of them strong. On the other hand, the organisation pointed to a high supply.

In the precious metals market, prices fell significantly with the strengthening greenback. Gold rose to over $1,755 in the morning before falling sharply to $1,719. At the close of the day, gold was back at $1,736 a troy ounce.

After yesterday’s strong rally, cryptocurrencies consolidated today. Bitcoin and Ethereum both fell by 2 per cent to $57,700 and $1,785, respectively. Cardano even shed 10 per cent after substantial gains in the previous days and is currently trading at $1.23, also losing the number 3 spot of cryptocurrencies by market capitalisation to Binance Coin. XRP was the only digital asset in the top 10 that held strong and even posted a marginal gain to $0.4710.

Labour costs in the eurozone rose by a nominal 3.0 (previous quarter: 1.6) per cent in the fourth quarter of 2020 compared with the year earlier. Behind this were an increase in wage costs of 3.5 (previously: 2.2) per cent and an increase in non-wage costs of 1.5 (minus 0.3) per cent, according to Eurostat, the statistics authority, based on calendar-adjusted data. In the EU as a whole, labour costs increased by 3.3 (1.8) per cent.

Foreign trade in the eurozone got off to a weak start in the new year. Exports fell by an adjusted 2.8 per cent from December to January, the statistics office Eurostat reported in Luxembourg on Thursday. Imports also decreased by 1.3 per cent. The adjusted trade surplus fell by 3.3 billion euros to 24.2 billion euros.

Initial jobless claims in the USA increased in the week ending 13 March, contrary to expectations. Compared to the week before, the number of claims rose by 45,000 to 770,000 on a seasonally adjusted meassure, according to the US Department of Labour in Washington. Economists surveyed by Dow Jones Newswires had predicted a decline to 700,000.

The situation of US industry in the Philadelphia region brightened surprisingly strongly in March. The Federal Reserve Bank of Philadelphia’s business activity index rose to 51.8 from plus 23.1 in February. Economists surveyed by Dow Jones Newswires had expected an index reading of plus 22.0.

The restrictive monetary policy is to be maintained, according to a statement by the central bank. If necessary, it could be tightened further. The economic development is robust.

The central bank pointed to upward risks in the development of consumer prices. Most recently, inflation in Turkey had picked up again. In February, the annual rate had risen to over 15 per cent. The Turkish lira also came under pressure due to the strength of the US dollar.

The Brazilian central bank has raised the key interest rate. The key rate was raised to 2.75 per cent from a record low of 2.00 per cent in the fight against excessive inflation, the South American country’s central bank announced on Wednesday. It is the first increase in almost six years.

Most analysts had expected only a hike to 2.50 per cent. The decision of the monetary policy committee was unanimous. For the next meeting, the committee signalled an equally large rate hike if the outlook remains unchanged.