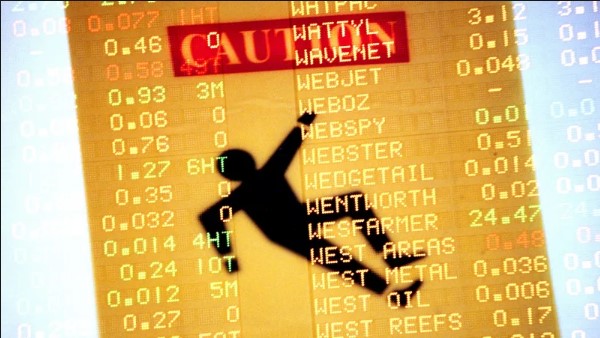 “The markets are tilting back towards weaker economic growth,” wrote analyst Michael McCarthy of the internationally renowned broker CMC Markets. He referred to Japan, where exports fell for the seventh consecutive time in June. The mood was also depressed by the post-trade decline in the price of IBM shares according to quarterly figures, but above all, by the slump in Netflix’s share price. The price of the streaming service fell by 12 per cent after a decline in subscription numbers on the American market. The economic agenda includes weekly employment data from the U.S. and the Philly Fed Industry Index.

Investors are increasingly shying away from risk. After the evident price decline yesterday and a weakening Wall Street in the evening, the Dax is likely to shrink further in the morning – tearing an important support mark.

According to calculations by banks and brokerage houses, the German benchmark index is expected to be 0.8 per cent weaker at 12,240 points. This means that the important support level will fall by around 12,300. Further price declines are, therefore, to be expected. The Dax had already engaged reverse gear yesterday and slipped by 0.7 per cent to 12,341 points.

It is above all the temporary end of the price rally on Wall Street, which is also creating a hangover mood here in Germany. The Dow Jones index fell in the evening, closing 0.42 per cent lower at 27,219 points. Levies continued on the Asian markets.

Euro slightly up, gold with a strong rebound

The Euro has managed to gain some strength on an overall weakening dollar performance. The common currency was trading around the USD 1.12400 mark this Thursday morning.

While both the U.S. Dollar and U.S. yields sunk, the price of gold surged. During the first part of the day, bears were in control of the market, pushing the price of the precious metal down below the psychological $1,400 mark. This triggered a sharp rebound effect, leading to a price surge up to around 1,428 USD at the end of the trading day. Since then, the price fell again and is now trying to break the $1,420 support level.

Overseas, upbeat Australian full-time employment figures helped the AUD/USD pair to regain traction during the Asian session this morning. The pair is currently sitting near the 0.7040 region. However, investors shouldn’t dismiss the greenback’s ability to regain strength, which would put a lot of selling pressure back on the Aussie dollar.

SAP has a cost problem

One of the weakest stocks in the Dax in the morning is the SAP share. Severance payments for thousands of employees leaving the company and takeover costs depressed SAP’s earnings in the second quarter. The Dax Group announced in the morning that its operating result for the period from April to June fell by a good fifth to 827 million euros compared with the same period last year. The payment of stock bonuses to employees of the billion-euro company Qualtrics, which was bought last, also gnawed at the result. Adjusted for such particular factors, however, operating profit improved by eleven per cent to EUR 1.82 billion, slightly below analysts’ expectations. Adjusted revenue also grew strongly to EUR 6.6 billion – with business with cloud software from the Internet remaining the growth driver with an increase of 40 per cent.

All well at Novartis

Following sales and earnings growth in the first half of the year, the Swiss pharmaceutical group Novartis has again raised its forecast. Following the spin-off of Alcon’s ophthalmic business, the company, which is now focused solely on pharmaceuticals, is targeting a mid- to high-single-digit increase in sales in the current year. Adjusted operating income is expected to grow in the low to mid ten per cent range, Novartis announced Thursday. The Basle-based Group benefited from growth in the psoriasis drug Cosentyx and the cardiac drug Entresto, among others. Adjusted operating income rose one fifth to $3.65 billion at constant exchange rates in the second quarter.

In many places, Netflix has recently increased prices, which now leaves an unpleasant mark on the quarterly balance sheet. In the three months to the end of June, only 2.7 million new payment subscriptions were added worldwide, according to the online streaming service.

Netflix was well below the expectations of Wall Street analysts and its own forecast of five million new users. All in all, the streaming giant had just under 152 million paid memberships by the end of the quarter. The figures created a bad mood on the market – the share slumped by more than twelve per cent after trading.

IBM again suffered heavy revenue losses in the second quarter due to the continuing weakness of its core I.T. business. Compared with the previous year, revenues fell by 4.2 per cent to 19.2 billion dollars. Nevertheless, thanks in part to lower costs, IBM was able to increase its profit by four per cent to 2.5 billion dollars, which is more than expected by financial experts.

The share initially reacted post-IPO with slight price gains. After a far-reaching corporate change, the I.T. dinosaur is finding it difficult to cushion the problems in the classic hardware sector with servers and mainframes with new business areas such as cloud services, data analysis and artificial intelligence.

The online trading platform eBay exceeded expectations in the second quarter despite a slump in profits. Net income from continuing operations fell by 37 per cent year-on-year to $403 million. However, special factors were mainly responsible for the sharp decline.

Adjusted earnings increased by eleven per cent to 589 million dollars. Revenues climbed by two per cent to 2.7 billion dollars. The platform, which was under intense competitive pressure from Amazon and other major rivals, performed better than expected. Investors well received the figures: The share price recorded a substantial post-market gain of more than five per cent.