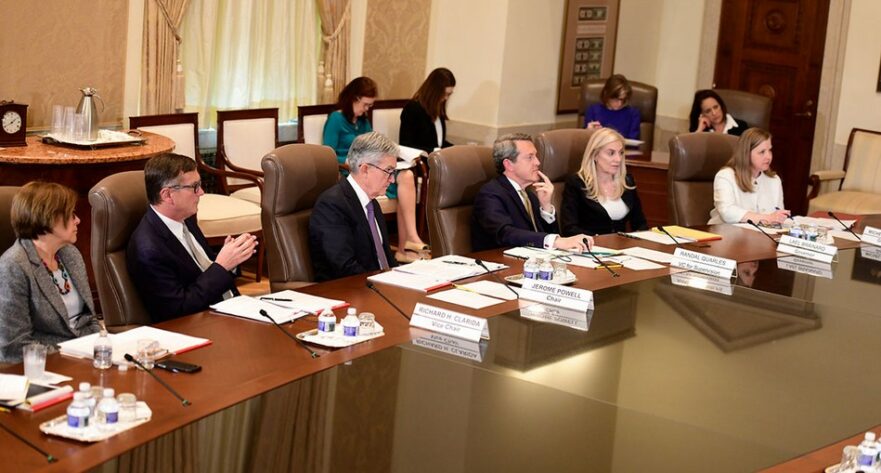 The topic of the day today was the minutes of the Federal Reserve meeting published the previous evening, which indicate that monetary policy will move faster than expected. The Fed will gradually become more cautious is not news; rather, Bank Chairman Jerome Powell has always made a change in the interest rate regime dependent on the recovery of the labour market but has never questioned it in principle.

According to the latest meeting minutes, investors assumed that the Fed might act faster than thought and reduce its extensive bond purchases in a timely manner. Because of this, caution prevailed in the markets today, though the markets showed strength during the New York session.

Rumours are now sprouting around the central bankers’ discussion, which became apparent in the minutes, as to what might happen next. Will the Fed possibly start tapering or at least announce it at its next meeting on 21 and 22 September? Or at the international central bank meeting in Jackson Hole at the end of the month? In any case, the Fed bankers want to avoid harsh reactions from the stock markets after bad experiences in 2013, so a lot will depend on communication.

Investors on Wall Street remained cautious on Thursday. The Dow Jones was slightly lower at the start of the day but was able to reduce its significant loss in the day and ultimately closed with a 0.19 per cent discount at 34,894.12 points. The NASDAQ Composite also started deep in the red but was able to recoup the losses and finally gain 0.11 per cent to 14,541.79 index units.

Investors were concerned about the reduction of stimulus measures by the Fed. The rising number of corona positives also continued to dampen market sentiment. Already yesterday, after the Fed minutes, the US indices stumbled. The majority of central bankers believe it would be appropriate, under certain conditions, to scale back monthly bond purchases before the end of the year. Pre-market economic data was mixed. Initial jobless claims were lower than expected, but the Philadelphia Fed index was weaker.

The minutes of the Federal Reserve’s latest meeting did not go down well with stock markets in Asia, as the Fed could start tightening its loose monetary policy by reducing its monthly bond purchases before the end of the year. In Hong Kong, technology heavyweights also weighed on Hang Seng.

The European stock markets were also deeply in the red on Thursday. The EuroSTOXX 50 began the day just below the previous day’s level and then continued to slide. It ended the day down 1.54 per cent at 4,124.71 index points.

The DAX also started the session significantly lower and ended the trading session 1.25 per cent weaker at 15,765.81 points. The TecDAX started the day with slight discounts and finally slipped by 0.96 per cent to 3,841.75 points by the close.

Negative guidance from the USA and Asia, due to the publication of the minutes of the latest Fed meeting, had a negative impact. The majority of central bankers spoke out in favour of reducing securities purchases before the end of the year.

Shares from the automotive sector, such as VW, BMW and Daimler, were particularly weak on Thursday. This was triggered by the chip crisis, slowing down car production at VW and probably forcing Toyota to cut back production.

The increasing risk aversion of market participants is also reflected in the foreign exchange market. The “safe haven” US dollar is in demand, as well as gold and the Swiss franc. The euro crumbled somewhat in US trading on Thursday and approached its lowest level in nine months. The last quoted trading price for the common currency was 1.1677 US dollars.

The strong greenback also had a negative impact on oil prices, as it makes oil more expensive in countries outside the dollar zone and thus dampens demand. North Sea Brent fell by 2.38 dollars to 65.84 US dollars per barrel, while WTI fell by 2.57 dollars to 62.92 dollars.

The price of gold appreciated during the Asian and European sessions. However, the strengthening US dollar later in the day capped gains, and the cost per troy ounce even fell to $1,780.

Cryptocurrencies rebounded sharply after a brief consolidation phase in the past two days. Bitcoin bounced from $44,000 to $47,300, gaining 5.5 per cent in the past 24 hours, while Ethereum even rose 6.8 per cent to $3,237. Cardano, one of the current leaders of the altcoins, broke out once again, gaining 11.5 per cent to $2.44, and is thus targeting its all-time high at $2.55. Other DeFi projects, such as Polkadot, Uniswap and ChainLink, rose by 6 to 9 per cent, while Solana consolidated after reaching new all-time highs the days before. XRP was on the move as well, gaining 5.4 per cent to $1.23.

The recovery in the US job market continues, as shown by the weekly initial jobless claims. However, at 348,000, they are still above the pre-Corona level of around 200,000 claims. Experts had expected an average of 368,000 claims, up from 377,000 the previous week. The number of initial claims for unemployment benefits in the USA has thus fallen to the lowest level in almost one and a half years.

Meanwhile, the business climate in the US region of Philadelphia has surprisingly deteriorated in August. The regional central bank’s indicator for industry (“Philly Fed Index”) fell by 2.5 points to 19.4 points, as the central bank announced today in Philadelphia. Economists, on average, had expected a rise to 23.1 points. This is the fourth decline in a row.