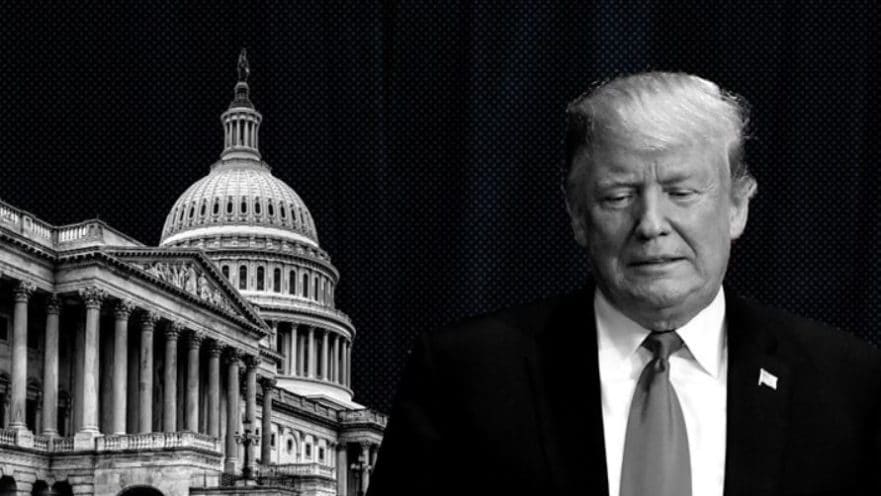 Despite the impeachment proceedings against US President Donald Trump, Dow Jones & co jumped to new record highs. However, the buying mood on Wall Street did not spill over to all markets.

The official opening of impeachment proceedings against US President Donald Trump did not unsettle investors. “The Republican-dominated Senate will never drop the President,” said Neil Wilson, chief analyst for online broker Markets.com. “The impeachment process is and will remain so biased that Trump will not be removed from office.” This would require a two-thirds majority in the Senate.

The major US indices rose on Thursday.

At the start of trading, the US leading index, the Dow Jones, was moderately higher and continued to build on its gains as the session progressed. It ended the day with a 0.49 per cent premium at 28,376.96 units. The NASDAQ Composite also continued to rise, having started the day slightly higher. Its closing level was +0.67 per cent at 8,887.22 points.

Although it initially looked like traders would be cautious on Thursday as well, confidence ultimately prevailed. Encouraging employment data as well as statements from US Treasury Secretary Steven Mnukhin regarding the trade dispute boosted Wall Street.

The number of initial requests for US unemployment assistance fell by 18,000 to 234,000 last week, and the US stock market received support from a TV interview by Mnuchin. According to him, a first trade agreement with China has been set out in writing and will be signed in early January.

Even the weak economic data could not dampen the high spirits on Wall Street. The business climate in the US region of Philadelphia deteriorated noticeably more than expected in December. The indicator of the regional central bank (Philly Fed Index) fell from 10.4 points in the previous month to 0.3 points. Analysts had only expected an average decline to 8.0 points.

Most stock prices in Asia fell on Thursday. The CSI-300 index, which comprises the 300 most important stocks on the Chinese mainland stock exchanges, and the Hang Seng in Hong Kong have recently fallen moderately. In Japan, the Nikkei fell by 0.3 per cent to 23,864 points.

Europe’s stock markets were once again cautious on Thursday.

Although the EuroSTOXX 50 opened with a slight plus, it subsequently slipped into the red. In the end, it went into the evening virtually unchanged at 3,739.17 units.

The signs on the German stock market were mixed on Thursday. The leading index Dax had opened with little movement and subsequently fell into red territory. In the evening it closed with a small loss of 0.08 per cent at 13,211.96 points. In contrast, the TecDAX had started somewhat firmer and also ended the day with a plus of 0.46 per cent at 3,046.27 points.

The slight consolidation on the European stock exchanges thus continued. The transactions were characterized by regroupings as well as portfolio adjustments, as Friday is the big expiration day on the futures exchanges.

Investors were concerned about the intention of British Prime Minister Boris Johnson to exclude by law an extension of the deadline for the conclusion of a free trade agreement with the EU.

The euro gained some ground in late US currency trading on Thursday. Most recently, the European single currency traded at $1.1125, slightly above the level of the late European currency trading. The European Central Bank (ECB) had previously set the reference rate at 1.1117 (Wednesday: 1.1115) dollars. The dollar thus cost 0.8995 (0.8997) euros.

The pound sterling fell slightly shortly after the announcement of the Bank of England’s decision on further monetary policy, but hardly moved at all below the line and cost 1.3078 dollars. Boris Johnson continues to cause investors stomach ache and puts pressure on the Cable.

Oil prices rose somewhat on Thursday in quiet trading in the evening. A barrel of North Sea Brent last cost $66.66. That was 49 cents more than the day before. The price for a barrel of the American West Texas Intermediate (WTI) variety rose by 46 cents to 61.39 dollars.

The price of gold also rose on Thursday. Until late trading, the price rose above the critical $1,480 mark, but then slid back down slightly to $1,479. Gold bulls must try to jump the resistance hurdles at $1,480 and $1,484 to get further momentum. Otherwise, it could fall back to the support line of $1,460.

Cryptocurrencies remained relatively stable on Thursday. Especially Bitcoin was able to find solid support at $7,100 and is currently trading at $7,200. The number two and three in the digital asset space, Ethereum and XRP, however, saw some smaller losses again. One Ethereum currently costs $128, while XRP is valued at $0.19 a coin.

In the bond markets, Sweden provided an exclamation point. Against the international trend, the Swedish Riksbank tightened its monetary policy and raised the key rate to zero from minus 0.25 per cent. The turnaround on interest rates in Swedish met with a positive response among experts. In the eurozone, the interest rate for deposits with the central bank is minus 0.5 per cent, while the key interest rate is 0.0 per cent.

Speculation on a tighter ECB monetary policy triggered sales of European government bonds. This drove the yield on ten-year French bonds to a six-month high of 0.090 per cent. The same was true for their German counterparts, which yielded minus 0.208 per cent.

Tesla shares rose above 400 US dollars on Thursday for the first time in their stock market history. Since the publication of quarterly figures in October, the shares have gained almost 60 per cent. From the low at the beginning of June at under 180 dollars, the shares have even more than doubled. The market value of the electric car pioneer now amounts to just under 73 billion US dollars (65 billion euros). This means that Tesla has already clearly outperformed Daimler (53.4 billion euros) and BMW (47.7 billion euros).